Last week, Care Norway, a not-for-profit activist group, launched the #DearDaddy video campaign to highlight rape culture and violence against women. It is aimed at fathers and would-be fathers, in an attempt to raise their awareness of the dangers their daughters face by virtue of their gender.

The video is narrated by a baby girl from the womb, and tracks her progress from birth to adulthood, through verbal abuse, physical assault by her fiancé, and rape by a family friend.

“By the time I’m 14, the boys in my class will have called me a whore, a bitch, a c*** and many other things,” says the female narrator.

“Perhaps you did the same when you were young, I’m sure you didn’t mean anything by it. Still, some of the other people won’t get the joke. So by the time I turn 16, a couple of the boys would have snuck their hands down my pants while I’m so drunk I can’t even stand straight. And although I say no, they just laugh… it’s funny right? If you saw me Daddy, you would be so ashamed because I am wasted.”

As the journey to adulthood continues, she speaks of her fiancé, who has ceased to be ‘Mr. Perfect’, “But one night it’s just all too much for him with work and the in-laws and the wedding coming up and he calls me a ‘whore’. Just like you called a girl a whore in middle school once.”

He is then shown hitting her and nearly strangling her in a rage.

The film made a huge impact in Norway, wracking up nearly one million views on Youtube. Its popularity has seen it translated into English, as it makes such a poignant, universal statement about the ever-insidious nature of rape culture. 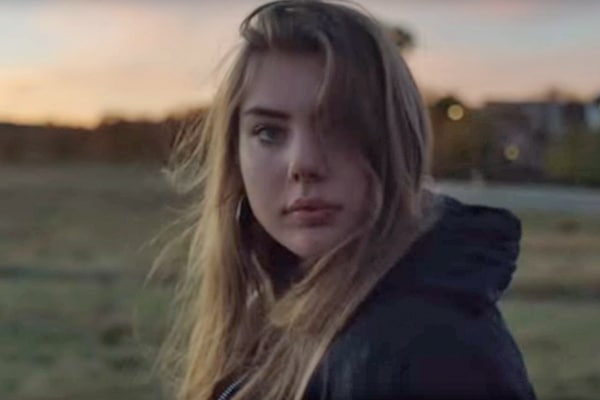 According to the World Health Organization, one in three women will experience sexual violence in their lifetime, and the epidemic is not helped by the colossal amount of misogynistic popular culture pumped out by the media. Add to that the hangover from the inherent patriarchy of human history, coupled with those who refuse to move forward from it, and you have a recipe for disaster.

The crux of the film’s message is this; even the smallest of actions perpetuate and condone rape culture. Something as simple as staring at a girl until she is so uncomfortable she tugs down her skirt, or men making a sexual ‘joke’ to a female colleague are examples of just how pervasive sexual harassment can be. Remaining inactive in the workplace when a male colleague says something sexist to a female worker also contributes. Calling this out in other men, while it may be awkward or embarrassing, is incredibly valuable.

Unlike other stands against violence against women, Care Norway’s clip is unique for two reasons. Firstly, it highlights the glaring problem of harmful attitudes to women instilled in boys from a very early age. As the video states, the ‘jokes’ made by growing boys are not funny. However, youths are led to believe what they are saying is acceptable, because after all, that’s what boys do.

Secondly, and probably the most unique branch of the two pronged attack, is the emphasis on a father’s role in a girl’s life. It’s not enough to brush off her complaints about boys because that’s how previous generations have functioned. The video encourages fathers to truly listen to their daughters, not to dismiss their allegations as an overreaction, and to actively put a stop to the spread of rape culture in boys and men.

Rape culture is constantly dismissed as a myth, usually by those who perpetuate it, who fail to acknowledge that the  lives, safety, and sexuality of women should never be dictated by the whims of men. The #DearDaddy video is a tactful and succinct way of highlighting this uncomfortable issue, and another step towards conquering it.

Images and video via Youtube.com.