December is the perfect month to catch up one of these new romance books, whether you’re taking some time for yourself before the relatives take over your house for Christmas, or you need a new read for your summer holidays. Here are 5 of our favourite romance novels to lose yourself in this month. 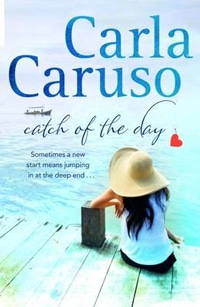 Catch of the Day, by Carla Caruso. Published by Penguin Books, RRP $15.99
After a regrettable incident at the office Christmas party, up-and-coming fashion editor, Winnie Cherry, is banished to coastal South Australia to set up a beach lifestyle magazine – 300km from nowhere.

Her friends joke that she’ll marry a rich cray fisherman and stay there for good, but Winnie has other ideas. Determined to get back to Sydney within two months, she gets to work and starts counting down the days. Until she meets handsome freelance photographer Alex Bass, and sparks begin to fly.

As Winnie is increasingly drawn into the close-knit local community, she starts to question whether city life is really what she wants.  That is, until Alex drops a bombshell that casts dark storm clouds over all her coastal dreams… 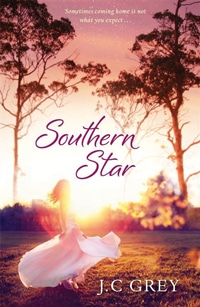 Sweet Springs has been deserted for years and Blaze focuses all her energy on restoring the run-down homestead. Faced with hostile locals who have never forgiven her for flitting off to Hollywood, Blaze turns to her neighbour, handsome cattle farmer, Macauley Black, for help.

As Sweet Springs returns to its former glory, Blaze and Mac can’t resist their growing attraction. But when Blaze becomes the target of some serious threats, it looks like trouble has followed her home to Sweet Springs. 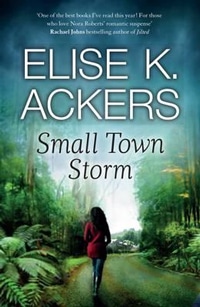 Small Town Storm, by Elise K. Ackers. Published by Penguin Books, RRP $15.99
Nineteen years after a devastating crime almost killed her, Erica Lawrence has returned home. In the small town of Olinda, her story is legend. And now everyone knows she’s back, including top cop and her childhood friend, Jordan Hill, the only person to ever touch her guarded heart.

When a woman’s body is found brutally murdered, suspicion soon falls on Olinda’s newest resident and even Jordan must admit that the evidence is stacking up against the woman he swore to protect.   While Jordan and Erica struggle with their feelings for each other, the murders continue and the tension in town grows. Together, they must find a way to prove Erica’s innocence – before she becomes the killer’s next victim.

Brilliantly capturing the intense range of emotions felt when trust breaks down, Small Town Storm is a startling Australian debut and 2013 Romantic Book of the Year Finalist. 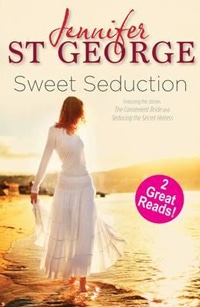 Sweet Seduction, by Jennifer St George. Published by Penguin Books, RRP $15.99
Together for the first time in one heartwarming volume.

The Convenient Bride: Sienna De Luca will do anything to save her family’s hotel, and ruthless Italian businessman Antonio Moretti knows it. With problems of his own, he proposes a marriage of convenience that will secure his next business deal and save Sienna’s hotel.   In keeping with her part of the bargain, Sienna travels to Venice with Antonio, who introduces her to a life of luxury and opulence. Antonio soon realizes he has vastly underestimated Sienna.  Unexpectedly, she gets too close, and when she discovers his dark secret, Antonio’s perfectly planned life begins to unravel…

Seducing the Secret Heiress: Diamond heiress, Charlotte Wentworth, is passionate about two things – cooking and her  fiancée, Paul. Until the day she finds out Paul has been unfaithful.    Charlotte flees to Europe, determined to build her own life without her family’s fortune. When she meets gorgeous TV producer, Gabe Grenville, she keeps her connections secret and soon finds herself the star of his new cooking show. But how will he react when he discovers Charlotte’s true identity? 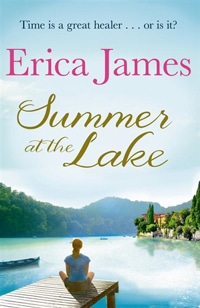 Summer at the Lake, by Erica James. Published by Hachette Australia, RRP $29.99
It was a wedding invitation that changed everything for Floriana…  If she hadn’t been so distracted at the thought of having to witness the one true love of her life get married, she would have seen the car coming.   If she’d seen the car coming, there would have been no need for elderly spinster Esme Silcox and local property developer Adam Strong to rush to her aid.   And if Floriana hadn’t met Adam and Esme she would never have had the courage to agree to attend Seb’s wedding in beautiful Lake Como.

For Esme, Lake Como awakens memories of when she stayed at the lake as a nineteen-year-old girl and fell in love for the first time. So often she’s wondered what happened to the man who stole her heart all those years ago, a man who changed the course of her life.

Now it’s time for both Esme and Floriana to face the past – and the future – on the shores of this most romantic and enchanting of lakes.

What are your favourite romance books?