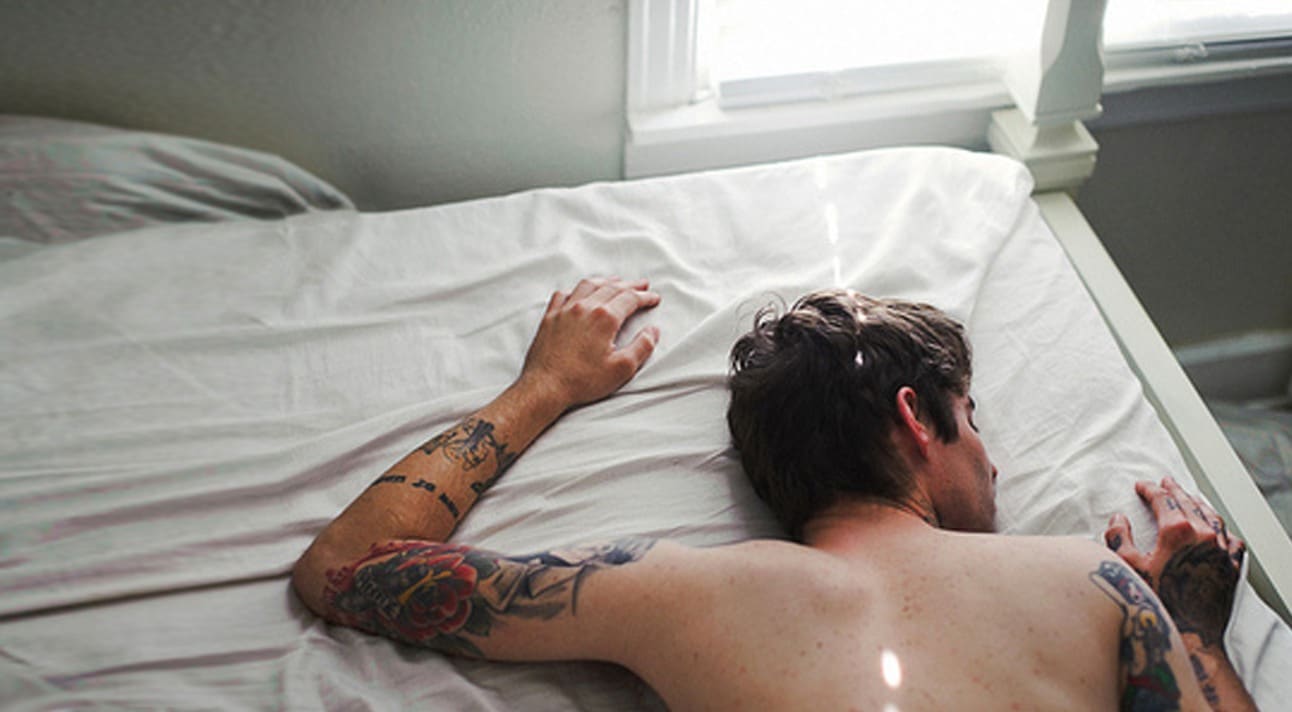 Infidelity was for assholes. Or so I thought…

Up until about seven years ago, I had a somewhat black and white view of sex and adultery within a committed relationship.

Infidelity was for assholes. If a man has an affair, he most likely thinks with his dick and lacks the inner strength to work through the challenges relationships bring. If a woman has an affair, she is jeopardizing her family, demeaning herself, and betraying the sisterhood.

I liked sex as much as the next woman. That is to say, I used to. But by 2011, I was 40 with two children under six. I was working. I was trying to run the household. To be frank, I still thought my husband was attractive, but I just wasn’t attracted to him. I had no interest in sex anymore; or on the odd occasion I did feel a tingling between my thighs, by the time I weighed up the logistics of following through, the moment had usually passed.

I wasn’t meeting them. I didn’t want sex and he was going to have to get used to it. Have a pull. Jerk the chain. Do whatever, but don’t expect me to roll over and think of England. To put out when I didn’t really want to felt like a denial of me; an insincere gesture to us both. Besides which, I was bloody tired and resentful.

Talking to my friends, many of them shared the viewpoints I held, especially points one and two. Some of them were happy to put out even though they weren’t interested – “I enjoy it once I get going” – and for that I admired them.

Call it a mid-life crisis if you want, but some time in my early forties it started to bother me that I had no sex drive. I felt like I was 40 going on 65.

I decided there was only one way to Find My Mojo: and that was to have an affair. I wanted the incredible rush involved in having a crush on someone; I wanted to anticipate their kiss, look forward to their message. And having sex – actually wanting to have sex – was also an appealing prospect. Reconciling this new desire with my attitudes to infidelity (refer to point one above) is a whole other story; but somehow or other, I managed to justify it and so began the process of trying to find a lover.

So, here I am seven years later. In that time, I have met with around 60 men, for coffee or a drink. Of those 60, around 90 percent were married or in long-term relationships, the remainder single. What started as a desire for an affair (and yes, I had a couple) evolved instead into a study, of sorts. I have become a keen observer of that elusive species: the Married Man Who Has an Affair.

So… what can I tell you about those 50 or so married men? What did I learn?

The first thing that struck me – confused me – is that, from my brief yet insightful interactions with them, they weren’t arseholes. Quite possibly I screened out this sub-species with my thorough selection process because -without exception, ALL seemed like nice men. Family men. Decent men.

This was not what I was expecting. I was expecting a sub-section of married men who were charismatic, sexy but essentially flawed; great lover material but never someone you’d trust, or want to be married to. Instead, I found myself having brutally honest conversations with sincere men, very decent men, not so different to my husband, and my friends’ husbands – men who seemed just as devoted to their wives as I believed my husband was to me. And yet, here they were. Talking to me about committing adultery. Confiding in me about their experiences so far.

My next revelation was equally enlightening; of those married men, there were only two or three who I believe would be seeking an affair regardless of the effort their wife did or didn’t put into the relationship. The remaining men made it very clear that in an ideal world, their sexual and (usually) emotional needs would be met by their wives. There was no-one they’d prefer to be intimate with than their wife. Under no circumstances did they want to jeopardize their marriage or leave their wife. But their wives didn’t want them. Their wives not had not only lost interest in sex but (often) treated these men like they were a bother. Yet one more demand on them. (A lot like how I treated my husband, in fact…)

So why, if these men weren’t narcissistic, dick swinging arseholes, were they taking this terrible risk? I found myself bewildered – I understood why I was there but I questioned why they were. I was asking the same question over and over: “Why are you jeopardizing your marriage like this? You obviously love your wife and cherish your children… why are you doing this?” Their answer was invariably the same. They felt they had reached a crossroads, and the affair path was the lesser of three evils.

They loved their wives, they loved their children, but they couldn’t cope with the lack of intimacy, both emotional and sexual, that characterized their relationship. Sometimes they’d been trying for a year to get things right, sometimes for 10 years. They’d tried to tell their wife that they couldn’t handle the lack of sex, of affection, of connection; but often their wives had the same attitude as me: suck it up, sunshine – I’m busy.

In their minds, they were left with three options: (i) put up with it and accept a life of unhappiness; (ii) leave their marriage and in doing so, lose the woman they loved, and hurt their children or (iii) have a discrete affair. In their mind, they would NEVER do anything that would reveal the affair, therefore their families would NEVER be hurt.

I found myself questioning my own attitude toward my husband; my dismissal of his sexual and (dare I admit it) emotional needs, my attitude that if I could live without sex, so could he.

And this is where I learned my next important lesson. I had assumed, incorrectly, that my husband’s need for sex was similar to my own. That is to say, it wasn’t a Need at all, but a Want. Sometimes I Wanted it, sometimes I didn’t. But I never actually Needed it. I justified my unwillingness to have sex by saying, It’s like eating when I’m not hungry. I would explain this to my husband. “Imagine sitting down to a huge meal when you’re not hungry. You just don’t want it. That’s how I feel about sex. I’m not hungry”. But in talking to these men, I realized that what I’d previously been told but disregarded as an excuse was, in fact, true: Men do NEED sex. It is not the same as it is for many women.

I came to realize that when I denied my husband sexual release – for weeks, months on end – it wasn’t the equivalent of me wanting chocolate but not being able to have it. It wasn’t the equivalent of my single days when I wanted sex but couldn’t get it. Instead, it’s more like I would feel if I had a fundamental physical urge that I wasn’t allowed to fill. Imagine really needing to do a wee but having no access to a toilet. Going all day without food and having a constantly growling stomach. These are physical NEEDS for me. When I can’t fulfill them, I’m not just mildly inconvenienced; I am TOTALLY distracted. I cannot think, I cannot work, I cannot focus on anything. Over the past seven years, I have come to realize that for the majority of men (and possibly a minority of women – depending on their hormonal levels) – sex really is a NEED.

Those 50 or so conversations have provided life-changing lessons for me. I have a whole new understanding of what it must be like for my husband to go without sex and affection. My black and white view on adultery – my belief that only assholes have affairs – has been shot to smithereens.

How naive I was to think that nice men, decent men, like my husband, didn’t have affairs.

Decent men have affairs, ladies. They have affairs when they’re left feeling like it’s the best option in a bad, sad hand.