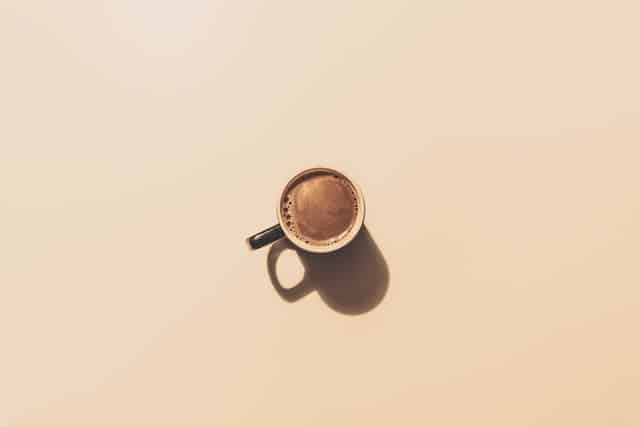 But first, coffee–right? You might want to hold your double-shot flat white for a second because researchers from the University of South Australia have uncovered some findings about the link between excess caffeine and osteoporosis that will have you thinking twice before you reach for that third cup of coffee.

In short, osteoporosis makes your bones less dense and more susceptible to fracture. According to Mayo Clinic, “osteoporosis causes bones to become weak and brittle—so brittle that a fall or even mild stresses such as bending over or coughing can cause a fracture”. No bueno.

The kicker? It’s even more common in women, with women over 50 being four times more likely to develop osteoporosis than men.

Osteoporosis occurs when bones lose calcium and other minerals faster than the body can replace them. As you get older, you lose bone mass faster than you create it, meaning that your bones become weaker and less dense.

Some people are more likely to get osteoporosis than others, including:

In Australia, an estimated 924,000 people have osteoporosis.

What is the link between caffeine and osteoporosis?

Researchers from the University of South Australia found that there may be a link between excess caffeine and osteoporosis. Investigating the effects of coffee on how the kidneys regulate calcium in the body, researchers found that high doses of caffeine (800 mg) consumed over a six-hour period almost doubled the amount of calcium lost in the urine.

UniSA’s Dr Hayley Schultz says “Our research found that people who consume 800 mg of caffeine over a typical working day will have a 77 per cent increase in calcium in their urine, creating a potential deficiency that could impact their bones.”

Since osteoporosis is more common in people who have a low calcium intake, it’s likely that excess caffeine could cause sufficient loss of calcium to put you at risk for osteoporosis.

Will drinking coffee give me osteoporosis?

Given that the study participants consumed 800mg of caffeine in six hours (the equivalent of about eight espresso shots), you probably don’t have to give up your daily long black just yet–especially since other studies have found some health benefits of drinking coffee.

However, if you’re someone who regularly consumes excess amounts of caffeine, it’s important to know that you could be putting yourself at risk for osteoporosis.

How can you prevent osteoporosis?

Even if you’re still young, there are some things you can start to incorporate into your life to decrease the risk of getting osteoporosis as you age.

According to Better Health, some prevention methods include: