Donald Trump Will Be The New President Of The United States

The results are in for the most controversial election ever. And it’s not good news for women.

One of America’s most controversial political candidates, Republican nominee Donald Trump, has officially been announced as the winner of the 2016 Presidential election, despite being behind Clinton in the pre-election polls and a campaign filled with controversies and allegations of sexual assault.

The results show the 70 year-old won the 270 electoral votes he needed, claiming the swing state of Florida for the Republicans.

This election has been a wild ride, with both candidates having significant leads over the other at different points in the campaign. Trump had initially lost his lead in the pre-election polls, after his “locker room talk” comments went viral, and political opponent Hillary Clinton was emancipated of suspicions surrounding the email scandal  just days before election day, when Clinton had maintained her lead by a mere three points.

But, as we all know by now, nothing is concrete during an election, anything can happen. 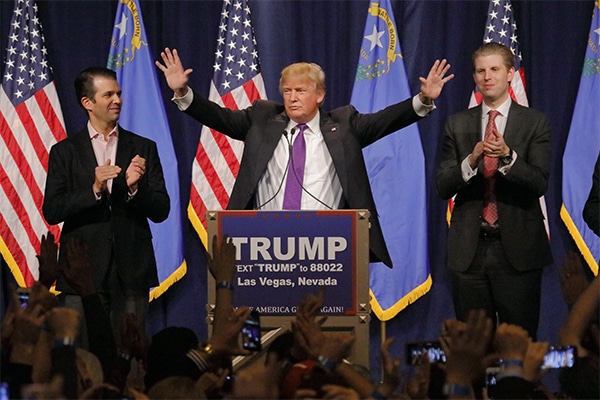 Trump has ultimately claimed the White House for the Republicans after two terms of Democrat leadership.

Apart from being one of the most divisive campaigns in the history of the United States, this election was monumental because of the diversity of the voters. One in three voters were estimated to be from a racial or ethnic minority, which is up from only 29 per cent in the 2012 election. Election commentators had initially believed this minority vote would swing the election to Clinton.

A record number of people were also early voters this year, with at least 46 million people casting a ballot through early voting, and 200 million people registered to vote on election day. Both Trump and Clinton voted in New York.

Democratic voters showed their devastation as it became increasingly clear Clinton had lost the majority and had no hope of catching Trump’s lead.

While Trump’s win signifies a bad time for women, only time will tell if the man who has for months exclaimed he’s going to “make America great again” really will be able to achieve such a feat. In the meantime, this pretty much sums up how we’re feeling right about now:

Comment: What do you think about the election results? Are you happy, or horrified?