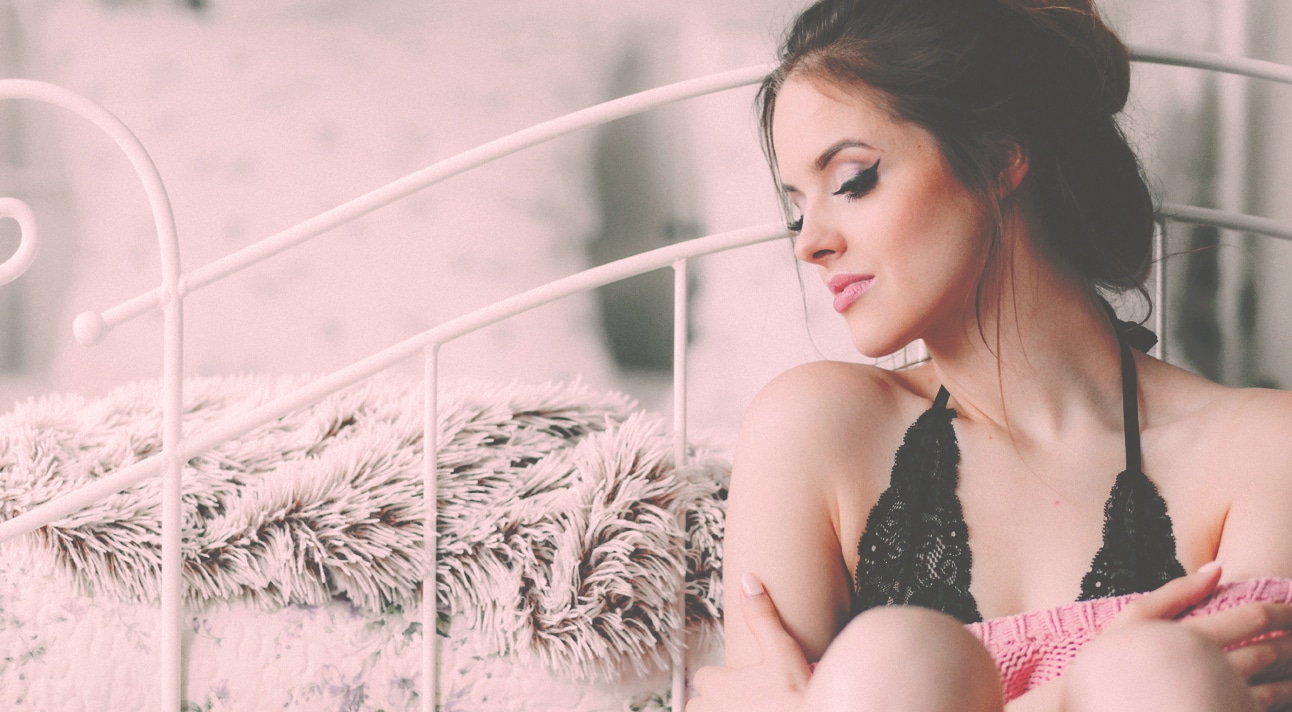 It’s Not Cute To Be The Overly Jealous Girlfriend

So what if sex actually does mean something to me?

When I was in college, I had a huge crush on a guy in my acting class. Eli had dark curly hair, broad shoulders, a dimple in the his chin, and a confident swagger – and he knew exactly how cute he was.

When we picked scene partners, he chose me, turning down another girl who asked him to partner with her by saying, “I’m sorry, I just really want to be with someone who’s as good as I am, who will challenge me.” Ouch. What a jerk. But I was flattered; his good looks sent my judgment out the window.

During rehearsals at his house, in the basement room he rented, the tension between us was palpable. Of course, we were doing a love scene, playing tortured half-siblings in a Sam Shepard play, so it wasn’t surprising when things got heated. But, much to my disappointment, nothing ever happened outside of rehearsal. I’d drive home late at night feeling frustrated and rejected – and also a little relieved. I wasn’t sure I really wanted anything to happen. Because, what then? Was he going to be my boyfriend? It seemed unlikely.

A few months later, I was having lunch with a girlfriend – really more of a frenemy than a friend – and she said she’d been hanging out with Eli a lot. According to him, I’d been a great scene partner, but “he said he was glad he never fucked you.”

I froze, feeling suddenly sick. “What do you mean?” I managed to say past the lump in my throat.

“He said you seemed like the kind of girl who would have thought it meant something,” she smirked.

She could laugh about it, because she wasn’t that kind of girl. She was a cool girl. She didn’t care if guys liked her – which pretty much guaranteed that they always, always did.

For a long time after that, I threw myself into trying to be a “cool girl.” I had sex with guys and then ignored them the next day. If a guy was dumb enough to show that he cared about me, I treated him badly. What an idiot, I’d think. I didn’t realize I was hurting myself just as much as I was hurting them. Maybe more.

Somehow, for my generation at least, sexual liberation and feminism gave women the message that we should act like men, in and out of the bedroom. We wanted equal rights – and that included the right to use our sexuality to get what we wanted, and to divorce sex from love. As a result, I was a dedicated reader of Cosmopolitan magazine starting in junior high, learning how to give the best blow jobs, play hard to get, and make every guy want me.

Somehow, after a string of emotionless and unfulfilling sexual escapades. I managed to end up in a marriage where we had great, healthy sex that was based on mutual love, respect, and desire. There were plenty of things wrong between my husband and me, leading us to eventually get divorced, but sex wasn’t one of them. Still, after my marriage – and a disastrous, toxic, post-divorce relationship – ended, I found myself slipping back into my “cool girl” persona when it came to sex.

I’d been on a few bad dates, when a friend set me up on a blind date on Valentine’s Day. Frustrated and lonely, I vowed to have sex with the guy as long as he wasn’t too awful. I’d seen his picture; I knew he was cute. I wore my sexiest underwear and left the house intent intent on scoring, just like any bro would.

And I did. I took him back to my house, we had an amazing time, and when he didn’t want to see me again, I cried as if my heart had been broken. By a guy I hardly knew! What was wrong with me? I doubled down on my efforts to have fun and be icy, going to bed with dates just to prove something to myself.

It was on the A train home to Brooklyn from Harlem the morning after one of these soulless encounters when I finally realized what I was doing to myself. I’d started crying while I was having sex with this guy, but I’d hidden it, then got out of there as fast as I could. It wasn’t that I’d cared about him at all – it was that I didn’t care. The feeling of sharing such an intimate act with someone I barely knew, and didn’t even like, was terrible. It felt like I was tearing off little pieces of myself and passing them out to people to throw away.

I vowed not to have sex with anyone again unless it really meant something, for both of us. I’ve stuck with it – and it’s felt good. I don’t care if it makes me “uncool.”

Turns out Eli the asshole from acting class was right about me. Sex does mean something to me. And maybe, just maybe, that’s how it’s supposed to be.

Comment: Are you a “cool girl” when it comes to sex? What does sex mean to you?