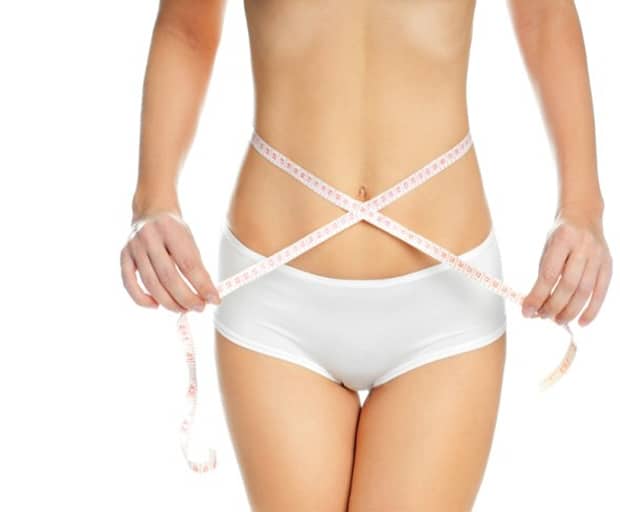 Probably one of the most difficult factors to accept about yourself is realising your true body shape, then buying clothes which reflect this sentiment. Makeover queens Trinny and Susannah compiled a list of common body shapes which all women could identify with. These include 12 distinct shapes which act as the very foundation for selecting the best clothes to have you looking your best.

The apple is defined by a round tummy which acts as the focal point for the entire body. This is generally the largest part of the body, which is usually accompanied by a flat chest and is the most difficult area to find flattering clothes for. Rather than sticking to oversized tops and dresses to drape over your entire body, look for clothes which highlight the chest but drape over the middle section. Keep away from anything bulky such as puffy jackets, leather and coats which could backfire.

This body shape is usually defined as having non-existent hips and a barely-there waist. Rather than choosing baggy clothes which highlight this boxy shape even more, choose clothes which are made to emphasise or create a sexy waist. If you seem to have a complex about your tummy area, choose tops which slightly drape over the middle section, but aren’t overwhelming or too long. Feminine shoes will also add a sophisticated element to your look.

Probably known as a classic tomboy shape, the goblet is easily identified by it’s broad shoulders and straight hips. The plus side is that this body shape usually has legs for days, and playing up these feminine features is a great way to make this shape work. Invest in fitted jackets which cut off at the waist, giveaway any baggy pants and buy an assortment of body hugging skirts.

Think Marilyn Monroe with lots of feminine curves in all the right places and a tiny waist as well. Although a large chest and hips could turn sour if you’re unable to find flattering clothes. Accentuate your curves with fitted dresses and pencil skirts, while it’s best to avoid anything that’s loose fitting.

This body shape is basically the same as an hourglass which we previously mentioned, although on a taller frame. The vase will usually carry a larger chest area so it’s best to downplay this and keep it simple and classy. Show off hips by wearing pencil skirts, straight-legged jeans and fitted shirts which compliment the chest area. Avoid sleeveless tops as this could make the look quite frumpy.

Most similar to the goblet body shape, but working with a curvier waist. It’s easy for a cello shape to wear pleated skirts since they work well with their sensuous curves, but often a hassle to find a great pair of jeans. Instead choose wide legged trousers which give the illusion of longer and leaner legs.

This classic shape is what most women seem to identify themselves with; a small bust, emphasised hips and rounder thighs. Pears have great shoulders so it’s always best to find shirts and jackets which are tailored to compliment this feature. Long A-line skirts work like magic against a pear-shaped body, but try to avoid pencil skirts at all cost.

Quite similar to a pear-shape, the skittle focuses on a smaller bottom although carrying rounder thighs. This shape is a little easier to work with since the top is in good proportion to the bottom half of the body. If you’re feeling self-conscious about your legs, try to draw attention to the top half by wearing interesting patterns and colours. Avoid short jackets that cut off above the bottom.

The bell is defined as having small shoulders, a petite waist and a larger bottom half. To make this body shape work like a charm, try to balance out the top and bottom halves, instead of simply covering up areas which you dislike. For the top half, try feminine styles such as a slight V-neck top and cowl neck jumper. As for the bottom, work with classic patterns and monochrome colours which aren’t too overwhelming or distracting on the eye.

Another popular body shape, the column seems to have shoulders which are the same size as hips, a tiny waist with lean legs. Try to introduce some shape with your choice of clothing and keep away from shapeless outfits. Peplum tops, cropped trousers and statement accessories all give the illusion of a curvier figure. Avoid wearing body-con dresses or crop tops which will only make you look shapeless.

Prominent on petite women, the lollipop figure is well known for it’s long legs, large bust and slim hips. The best way to make this figure work is to balance proportions and emphasise the bust in a subtle way. Invest in detailed skirts with colours and patterns, avoid chunky knitwear and ideally wear dresses which are cinched in under the bust.

Lastly the cornet is a primarily boyish figure which has long legs, broad shoulders and a smaller bust. Fitted clothes will be your new best friend, and will create a defined waist. Look out for wrapped knitwear or tops that cinch in at the waist. Avoid anything that drapes across the entire body, and anything with shoulder pads.

21 Things Every Boss Babe Needs In Her Life

A Guy Telling You What To Wear Isn’t Cute, It’s Controlling