There were red flags, but I didn’t notice.

Whenever I saw my friends in emotionally abusive relationships, I was always the first person to object and tell them they could do better.

I rolled my eyes as they excused the behavior and listed all their abuser’s good qualities, telling me I just didn’t understand. I was sure if it ever happened to me, I would be out of there quick smart.

What I didn’t consider, is that I wouldn’t actually know I was being treated badly.

It sounds ridiculous; shitty behavior is so easy to spot, right? Except that it’s not. Emotional abuse is not a switch that flips… it’s more like a slow, steady slide. One minute you’re in love, then there’s a flicker of something not right, but you’re still in love so it doesn’t matter. You explain away the tiny changes, justify his actions, maybe even blame yourself. Eventually the small things add up, but because of your love-colored glasses you can only see them as a bunch of little problems, not one massive red flag.

The biggest indicator that things had been very wrong was the reaction from my friends and family when I told them I’d broken up with my boyfriend.

Rather than shock, the response was one of relief. They were glad it hadn’t ended in the engagement I’d wanted so badly. They’d wanted to say something for ages. They were happy I was getting away from him. One of my friends even said, “Oh thank god, honey. Thank god.” Not a single friend said they were sad we were over.

And as they each recounted their experiences of our relationship from the outside, they helped me realize my ex and I hadn’t just been going through a rough patch, we’d been in a toxic, emotionally abusive relationship.

From the moment he confessed his feelings for me, I was totally gone. I’d been treated badly in previous relationships and he told me he was the one who would scoop me up and protect me from the world. He told me I brought out a creative, emotional side to him that he’d closed off. He said, “Don’t think I don’t realize how good you are for me. You calm my anger.”

In hindsight, that should have been a red flag.

The first thing that stands out. looking back, are all the remarks that subtly cut me down. I’d lived a very independent life before him, but he started chipping away at that in a way that made me feel hopeless. He’d make little comments about how I was messy, or bad at dishes, or needed him around to do things because I wasn’t capable of doing them myself.

Then the comments changed to actions.

I’d be eating toast off a bread and butter plate, and he’d swap it out from under me mid-mouthful to a dinner plate, telling me he didn’t want me getting crumbs everywhere. Or he’d come home and inspect the dishes after I’d washed them, getting me to stand next to him as he pointed out all the spots I’d missed. When I stacked the dishes in the dishwasher instead, he’d unstack the whole thing and hand wash them all in front of me, telling me I was lazy for stacking it in the first place.

I once asked him to stop treating me like a child and he told me I “needed to be told” because I acted like one. Instead of telling him where he could stick it, I started trying to do better, and feeling like maybe I was a bit hopeless, and that he was, in fact, just trying to help me. I actually think I got worse at things because of the anxiety constantly being told I was bad at them created. 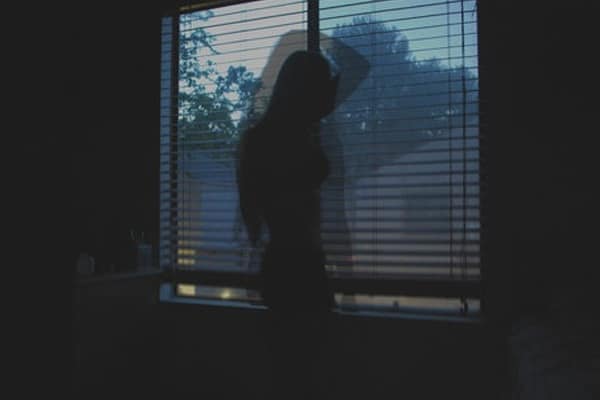 Post-breakup, one of my girlfriends told me the moment she started being worried about me. She’d come over to get ready for a gala event, and as we were supposed to leave, she saw me in my ball gown anxiously scrubbing the stove.

“I remember asking you what you were doing,” she said.

“And you told me you had to make sure the kitchen was cleaned properly before he came home to see it that night, so you wouldn’t get into trouble. I didn’t know how to tell you how messed up that was. It really stuck with me.”

Then there were the comments about my eating habits. He’d ask me if I wanted anything from the supermarket and if I responded by asking for a treat, he’d say, “Do you really need that, though?” He’d accuse me of lying about how much Coca-Cola I drank per week out of nowhere, or comment on how clothes looked tighter on me.

One day as I was changing, I recall him looking at my semi-naked body and making a strange face.

“Your stomach sticks out further than your boobs.” he said.

I burst into tears. It was my birthday.

Don’t get me wrong, I did tell him it was hurtful; and true to form, he didn’t understand why. He thought he was doing me a favor, because I might not have noticed I’d put on weight. I tried to explain that not only did I know, but I was self-conscious about it, and he laughed it off, trying to make a joke of it.

Later, my body insecurities began to eat me alive. I thought, ‘You shouldn’t be angry at him, it’s true, you have put on weight and he’s just being honest. You really should eat better.’

Whenever I’d bring up anything he’d done that hurt me, I was told it was my fault because I was too emotional, too sensitive and too dramatic. I’d go in to talk about how he’d said something that had upset me, and somehow wind up getting talked in circles and defending myself. Mentioning my feelings was met with a shut down. But because I knew I skewed towards the emotional, I believed him. I’d retreat, telling myself that I probably did need to get a tougher skin.

Then came what I now call the freeze out, where he’d cut off affection.

Sometimes he didn’t talk to me for days, and when it reached breaking point, he’d kiss me or cuddle me and I’d feel a rush of relief that he was okay again, that we were okay again. I’d put it down to a phase, or some depression on his part. I’d actually go out of my way to try to help him, or pull him out of it, doing things to cheer him up, or trying to ingratiate myself. I didn’t realize creating regular emotional distance was a signifier of emotional abuse.

So why did I stay? Because I was in love. I can’t even explain how wonderful the heady first year of our relationship was and I clung to it like a life raft. Being with him at the start felt like nothing else in my life, and I kept thinking we’d get back to there. That other life stressors were causing our fallout. That if I could just do better, and be who he wanted me to be, that we could be okay again.

I had no idea that what was happening in our relationship was emotional abuse until friends and family pointed out the signs. I’d felt like we just had bumps in the road, like any normal couple. My self-esteem was so wrecked that I blamed myself for being inadequate when we had hiccups, or he pointed out something else that wasn’t “right” with me.

There were many other signifiers I missed because I was desperately hopeful for a happy ending: lack of empathy, dissing my capabilities in front of friends, never apologizing without being backed into a corner, making judgements when I spent money – even though we had no joint finances.

By the time we broke up, I was a broken woman with crippling self-doubt. I’d been walking on eggshells, monitoring my behavior to ensure I kept him happy, so I didn’t disappoint him with my hopelessness.

The healing from the experience has been tough. I’ve dealt with a lot of embarrassment that I accepted how I was treated for so long. I’ve felt ashamed that I went right to doubting myself rather than backing myself.

Even writing this story is making me anxious because I can hear his retorts. I can hear him telling me I’m being too dramatic and overreacting yet again, then dishing out cutting remarks to deflect from the situation. I’m literally sitting here thinking of what I can say to defend myself and justify calling his behavior abuse, and that’s not right.

It’s going to take a while to build my self-esteem back up to where it was. But at least I know I can now recognize an emotionally abusive relationship, and ensure I’m never in that position again. And hopefully me sharing my story can help someone else notice the signs.

Images via weheartit.com and tumblr.com.

Comment: Have you or a friend experienced emotional abuse? How did you deal with it?