How To Be Emotionally Honest In Relationships

Are you obsessed with all things The Bachelor on Network Ten, as I am, and cringed at Blake Garvey’s seeming appalling lack of emotional honesty at times?

Remember when Blake (pictured) recently told poor, smitten Louise on their boozy Blue Mountains picnic, shortly before she straddled him (as you do, on national TV) that “you make me so happy” then said off-camera, that he wasn’t sure if there was “enough of a spark?”

RELATED: Why The Bachelor Is Bad For Your Relationship

Then, there was the time he recently happily enjoyed some sexy time in a hot tub with young, besotted Jessica – henceforth to be known as “steamy Jess” – only to whinge to Australia that he was essentially worried they had too much of a spark and not enough substance? Cringe!

Jesus, get it together, Garvey?! Unless I’m missing something, I’m pretty sure Blake the Bachelor hasn’t exactly told any of these women he’s allegedly all having relationships with much of his actual, true feelings.

And, sure, it can’t be easy being emotionally honest with a bunch of women on a reality TV show, not to mention ones who are all obsessively and fanatically in love with you, but I just want him to try a bit harder so that the final four women’s hearts don’t break upon the shock of being suddenly and brutally rejected.

So, listen up Garvey, here’s some top tips from a leading relationships psychologist, who wishes to remain anonymous, about how to be emotionally honest in relationships and why it matters so much.

“Emotional honesty in a relationship means expressing what you really feel,” says the psych. “Communicating with your partner in an open and honest way is the basis for a strong relationship. This can be difficult as not everyone is in touch with their emotions, or has the language to openly express how they are feeling.”

So, why would anyone be false and deceitful about their emotions in a relationship? The relationships psych says this is actually more common than you think, with both men and women guilty of Blake-esque behaviour by telling partners what they want to hear, as opposed to their true feelings.

“People are dishonest about their feelings because their desire to have this relationship and all that is associated with it makes them ignore or cover up their true feelings,” she says. “For example, someone might express love for a partner that they don’t really feel, because they really want to be in a relationship, have sex, or fear being alone… Or they may not want to hurt their partner’s feelings.

“It is very important to be honest in a relationship, particularly in terms of the emotions you are feeling. If someone is feeling a certain emotion, but saying something different there will be a dissonance which will undermine the relationship. It will be likely to cause problems of trust in the relationship because their partner will probably sense that they are not being honest.”

And, if God forbid, any of us are faced with a potentially very emotional and awkward relationship breakup – and I don’t envy Blake having to do this, with multiple women on national TV no less – how on earth do you do it honestly, without insulting the other poor, unsuspecting and love-struck person?

“Use ‘I statements’ to take responsibility for the breakup,” says the psych. “Use a kind and caring manner and body language, but say honestly how you are feeling. You might also want to preface the conversation with something like: ‘Look, I need to be honest with you about where I see our relationship going’.”

As in going nowhere fast, eek!

The Bachelor airs every Wednesday and Thursday nights at 7.30pm, with the finale on next Thursday, October 2 at 7.30pm. 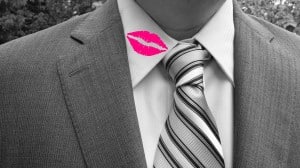