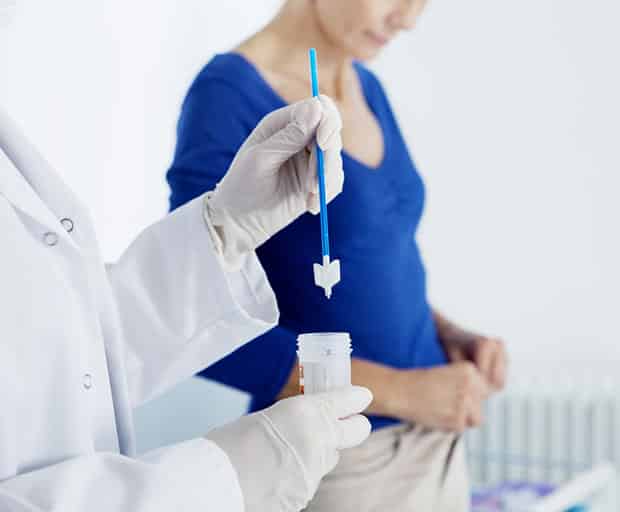 Ones To Watch: Viktoria + Woods

If you’ve ever put off having a pap smear because you’re worried it will be unpleasant and painful, you might be able to rest easy the next time you’re due – because soon, under the Federal Government’s new budget, they could be no more.

Don’t worry, they’re not going to stop testing you altogether; rather, they intend to change the way in which women are screened for cervical cancer by introducing a HPV test. And unlike the dreaded pap smear, which women aged 25-74 are urged to get every two years, the new screening method would only be required every five years.

“Cervical screening has already been very effective in Australia and with the introduction of the HPV vaccine and now this new test, we are getting even better at preventing cancer and providing treatment earlier,” pathologist, Dr Penny Yarrow, told the Daily Mail.

So why the move to test for HPV, you ask? According to research, human papillomavirus (HPV) accounts for 99 per cent of all cervical cancer. What’s more, an alarming rate of women in the affected age range are failing to be tested for the virus, with only 59 per cent participating. A further 80 per cent of females with cervical cancer are also not being screened regularly, or at all.

Dr Matthew Anderson, assistant professor at Baylor, shed some light on the issue in a statement: “During a pelvic exam the doctor has to be able to scrape cells directly from the area of the cervix where cancer is most likely to originate, and it’s potentially uncomfortable.”

Yarrow further explained to the Daily Mail: “Women must recognise the need to take part in cervical screening as the majority of cases of cervical cancer are found in women who do not get tested or are not tested regularly; early detection is extremely important for effective treatment.”

If you’re still a little confused as to how the new procedure will work, doctors say that by detecting HPV in the new test, it will then help them to identify if a women is at a higher risk cervical cancer before abnormal cells appear – and according to the Baylor College of Medicine News, the results will then be used to determine whether patients need continued evaluation or no evaluation.

The National Cervical Cancer Screening Program is set to be introduced in 2017 and is predicted to reduce casualties by 15 per cent when coupled with the cervical cancer vaccination that is already available.

What do you think of the new testing procedure?

12 Sex Toys Everyone Should Have In Their Bedside Table