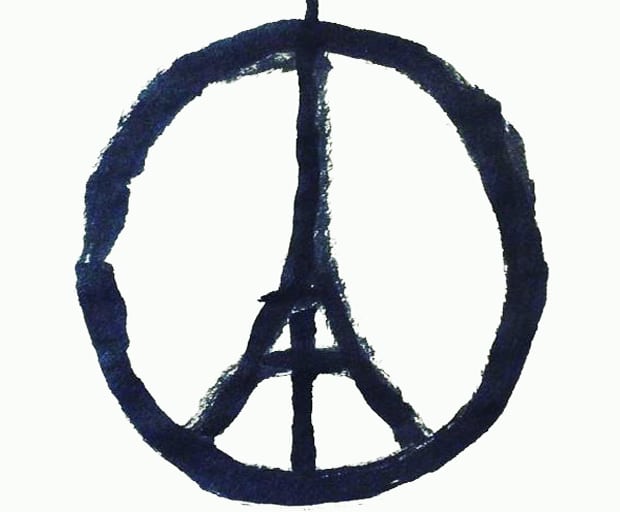 13 Things I Learnt Backpacking For A Year

The world is reeling in shock after a set of orchestrated shootings and bombings hit city districts around Paris this Friday evening, killing at least 129 people and injuring over 350.

Thought to be carried out by three teams of ISIS terrorists, the worst of the attacks occurred at Bataclan concert hall, where more than 1,000 fans had gathered to hear Californian group Eagles of Death Metal play. Around an hour into the concert, the band’s loud heavy metal music was interrupted by the sound of gunfire, as four men opened fire on the crowd with automatic weapons, yelling, “Allahu Akbar. We’re stronger than the French,” according to witnesses. 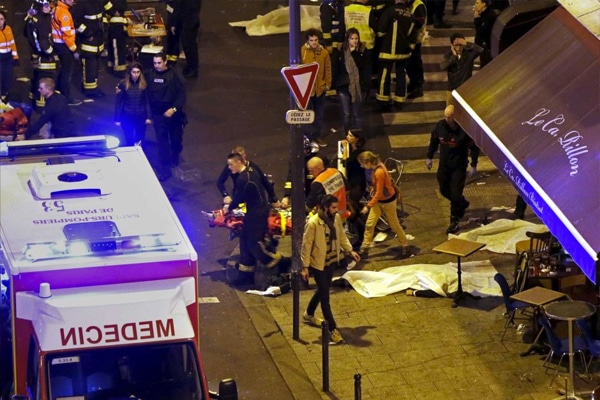 “It lasted 10, 15 minutes. It was extremely violent and there was a wave of panic. Everyone was running in all directions towards the stage. It was a stampede and even I was trampled. I saw a lot of people hit by bullets. The gunmen had loads of time to reload at least three times. They weren’t masked, they knew what they were doing, they were very young,” Europe 1 radio journalist, Julien Pierce, who was inside the concert hall when shooting broke out, said of the attacks.

Another witness, British student Hanna Corbett detailed the horror of the event.

“We all just dropped to the floor. We were to the left of the stage in the main standing area and quite near the fire exit. Some managed to crawl out but there was just a pile of people by the fire exit. We didn’t know what we were crawling over.” 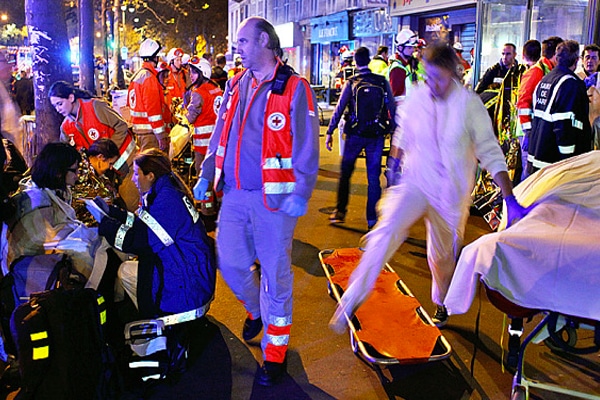 By midnight, police had told French media that “several hundred” concertgoers were being held hostage by gunmen inside the Bataclan. Police later stormed the Bataclan and ended the hostage situation.

Meanwhile, explosions were reported near popular soccer stadium, Stade de France, just north of Paris, where the German and French soccer teams were playing a match. According to police, one of the attackers was reportedly blocked by security from entering the stadium.

Shootings were also reported at the Le Petit Cambrodge restaurant and Le Carillon bar, across the street from one another, and outside the nearby La Belle Equipe cafe.

Seven of the extremists involved in the attacks, all of whom wore identical explosive vests, are now thought to be dead, with three attackers involved in the concert hall ending a police standoff by detonating their own explosives and another killed by security forces. A fifth attacker detonated a suicide bomb on Boulevard Voltaire, near the music hall and another two bodies were found near the State de France. 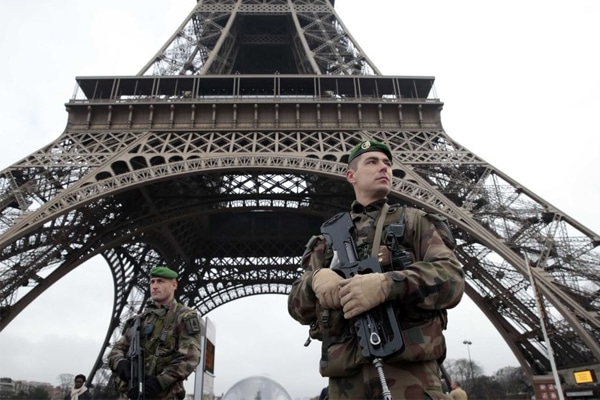 ISIS have issued a statement claiming responsibility for the attacks, citing France’s “crusader campaign” (an apparent reference to France’s role in air strikes against ISIS in Syria and Iraq) as the motivation behind the violence:

‘Let France and all nations following its path know that they will continue to be at the top of the target list for the Islamic State and that the scent of death will not leave their nostrils as long as they partake in the crusader campaign, as long as they dare to curse our Prophet (blessings and peace be upon him), and as long as they boast about their war against Islam in France and their strikes against Muslims in the lands of the Caliphate with their jets, which were of no avail to them in the filthy streets and alleys of Paris.’

However the statement, which goes on to warn that more attacks will be carried out if France continues its role in Syria and Iraq, has been brought under question due to the fact it merely rehashes facts about the attacks that were already readily available through the media, failing to provide any details of the planning or execution, or biographical information on the attackers which could confirm the group’s responsibility.

And while there is strong reason to suspect ISIS as the attack perpetrators, including French president Francois Hollande stating so, the ISIS statement creates more questions than it does answers. 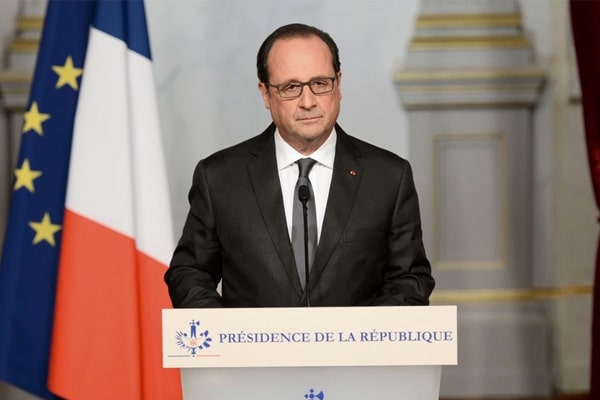 A Syrian passport has also been found by police,“near the body of one of the attackers”, at the scene of the mass shooting in the concert hall, which is said to have belonged to an asylum seeker who registered on a Greek island in October.

“We confirm that the Syrian passport holder came through the Greek island of Leros on October 3 where he was registered under EU rules,” the minister for citizen protection, Nikos Toskas, said in a recent statement.

Investigators have also revealed they found the body of a French national known to intelligence services at the concert hall attack site.

The White House have also issued a statement after president Barack Obama met with his National Security Council.

“The team reviewed the intelligence picture, noting that we had no information to contradict the initial French assessment of ISIL’s responsibility,” the statement read, adding that there was no specific or credible threat to the United States. 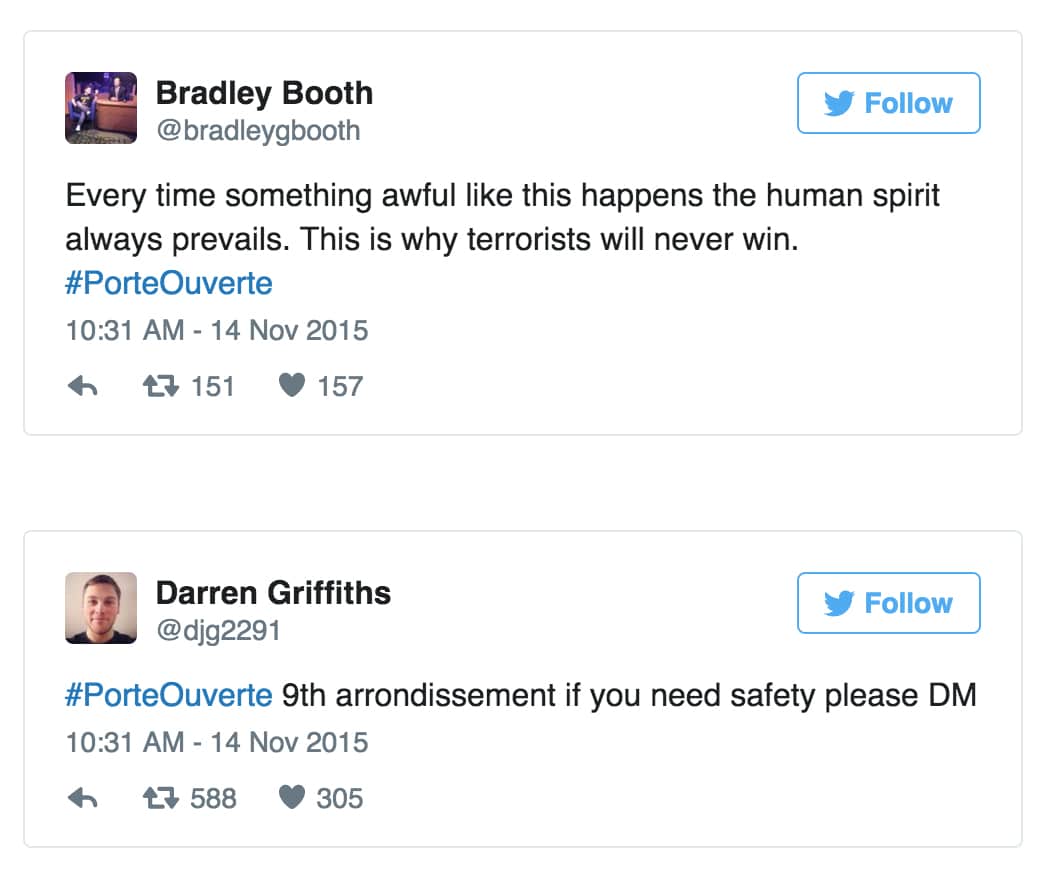 With France declared a state of emergency and president Hollande ordering the closing of the country’s borders, placing the city of Paris under mandatory curfew for the first time since World War II, Parisians have opened their doors to terrified citizens, sparking the hashtag, ‘#PorteOuverte’, which means ‘open door’ in an effort to offer solace to one another among the horror.

Comment: What was your reaction to the Paris attacks?

Brussels Terror Attacks: What We Know So Far