My Ex-Boyfriend Is Now My Ex-Girlfriend, And I Couldn’t Love Her More

I knew Marcus was no longer Marcus.

From the moment I met Marcus, I knew he would change my life.

He was completely unique in every way. From his saunter to his humor, Marcus stood out in a crowd even if he didn’t try to. From behind the bar, he looked like the kind of person you could go anywhere with.

I could never have known the way Marcus would love me unconditionally through so many seasons of my life. We spent two and a half beautiful years together before he woke up on a Sunday morning and tried to explain that he could no longer be my partner romantically.

I was blindsided. I felt like a brick wall had been built over night between us, but knew there was no point in trying to knock down the barrier. I knew, no matter what his struggles were, that I could not follow.

We sat on his porch steps smoking one last cigarette together and reflected on the beautiful time we had together. It took all of the strength I could muster to get into my car that night and leave the world I had known with him behind. I did not want our story to end in flames; we were meant for more than a violent ending, and something in my heart told me that whatever war was waging in his soul was not mine to fight.

One year later, a friend of mine told me that Marcus was transitioning from male to female. Was learning about her transition easy? Absolutely not. At first, I was filled with so many questions that reflected my own identity. How did I not realize that my boyfriend of two and a half years had a closet full of a secret life?

Now that my ex-boyfriend became my ex-girlfriend, did this make me bisexual? Why was I questioning my sexuality? Why were my friends questioning my sexuality? What did any of this mean? I stumbled and fell quickly into a dark rabbit hole of questions, and nearly let this darkness consume me. I started to feel the rage bubble up in my throat. I wanted to scream, hide, and cry all at once. I couldn’t breathe.

I kept my composure until I got home that night. As I drove I remember asking myself, “How could he do this to me?” I cried out as I clutched my knees to my chest and collapsed into a ball on my kitchen floor the moment I walked in the door. It was finally when I gave into the first sob — the first gut wrenching, reality biting truth that this was actually happening — that I realized something so important.

While this was happening to me in some ways, this transition and all that came with it had nothing to do with me. This was not about me. This was about someone who had been fighting for their life, their happiness, their identity, long before I walked into it. 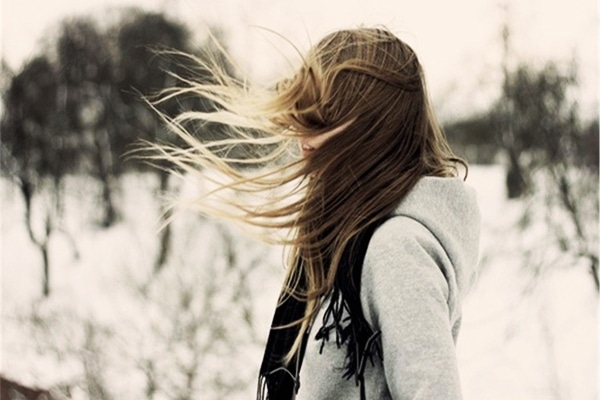 I boarded a flight to Ireland five days later, which I had booked out of impulse a year earlier while reeling from the initial shock of our breakup. I was determined to find some sort of peace in the bravery that my former counterpart had mustered. I, too, needed to find bravery in this defining moment. I shut off my phone, and I leaned into all of the hard questions I had been grappling with.

Toward the end of the trip, I sat on the Cliffs of the Aran Islands and looked out on the endless coastline. The water was calm and the breeze held me with such certainty, as I again pulled my knees to my chest. I took one breath in and found that somewhere in that moment of vulnerability a smile had found its way along my cheeks.

It took me 3 months after returning home to finally call Molly. My therapist had encouraged me to reach out to Molly because I had so many questions that only Molly could answer. When she answered the phone, Molly’s voice was confident and poised with so much joy; I knew in that moment that I was meeting my best friend for the first time.

I boldly asked, “Is there anything about the last few months that you would like to tell me?” Molly explained her journey to me and I told her all about the magnificent sights I had seen in Ireland. Together we laughed, and the greatest relief I had ever felt lifted from my shoulders.

I had spent so many restless nights wondering about why my ex-boyfriend became ex-girlfriend, what could have happened between my past lover and I, and she reaffirmed a lifetime of struggle that had nothing to do with me.

“How long had you known?” I asked, with timid curiosity.

“Since I was four years old,” she responded.

It is remarkable the way that human nature teaches us to assume anger in places where it should not be welcome. In the months I spent trying to understand Molly’s transition, I stumbled upon so many articles about transgender individuals that spoke to the anger that former lovers had felt about their partner’s transitions.

I am here to tell you that anger will not give you any sort of peace. Instead, I ask you to ask the questions about this person and the life that they have dreamt of having.

Every day, we take our identities for granted; we think our names, our genders, and our routines are as promised as our breath. I am here to remind you that, more often than not, our stories are far more complex than they seem.

I ask you, no matter where you are standing on the side of heartache, to try to see the other half of the opposing heart that has broken. To love is an awfully great adventure. No matter how love changes, it will always be love. Be brave enough to embrace love, no matter how it finds you.

The Straight TRUTH About Why Married Women Have Lesbian Affairs
YAWN. 8 Things Lesbians Are REALLY Tired Of Hearing
10 Dating Tips For Gay Men (That Really EVERYONE Should Follow)