#ExplainAFilmPlotBadly Is Back And It’s Brilliant

Truth is in the eye of the beholder…

Borne out of social media, the humble hashtag has become a herald of popular culture. From the raw emotion of #JeSuisCharlie and #JeSuisParis, to the downright awkwardness of #susanalbumparty, in just a handful of letters, hashtag trends communicate the mood of the moment.

However, one hashtag has gone far beyond being a fleeting symbol of feels to an institution unto itself. Originating in 2014 and making a roaring comeback in the tail end of 2015, delighting Twitter aficionados around the globe, #ExplainAFilmPlotBadly is just that; a tweet which attempts to explain a film plot in the worst way possible, using 140 characters or less.

But far from being bad, the movie interpretations borne of this idea are downright brilliant. Here are a dozen of the very best of the bunch guaranteed to make you completely rethink your fave flicks…

1. Proof that trans people can be parents. 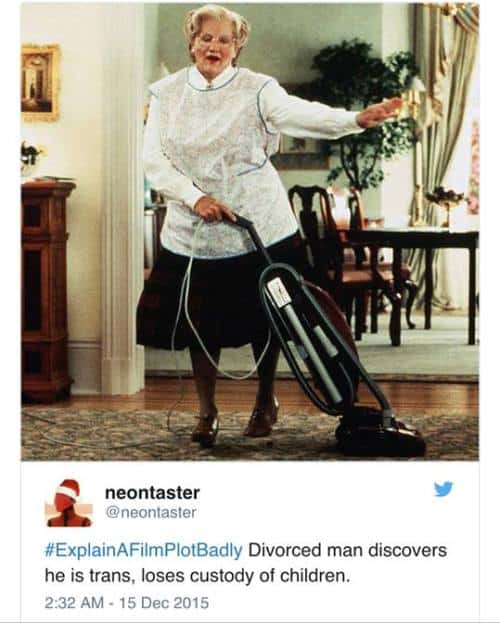 Clearly, Mrs. Doubtfire was way ahead of its time. 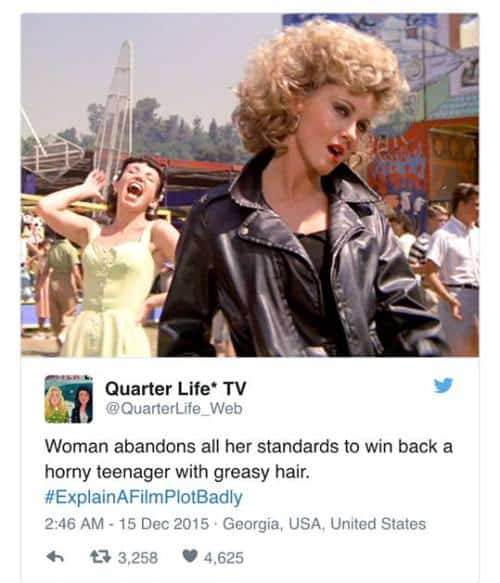 We’ve been saying this about Grease for years AND NOBODY WOULD LISTEN. 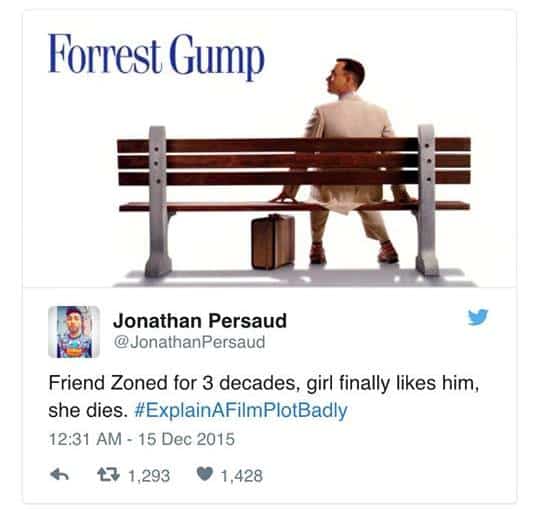 Yet another reason to cry uncontrollably in this movie. Pass the damn tissues!

4. We don’t think this is what they were going for. 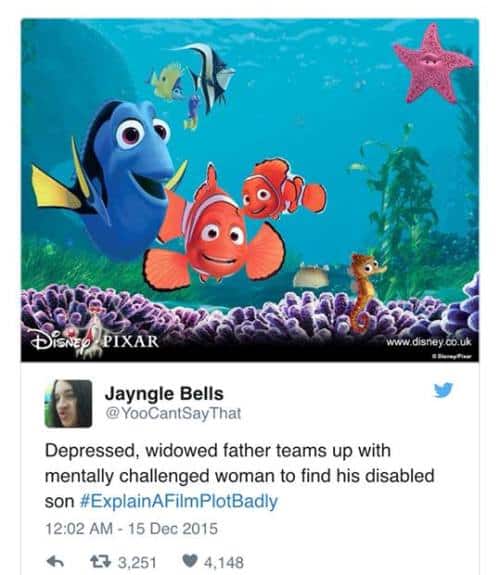 You will never watch this film the same way again. 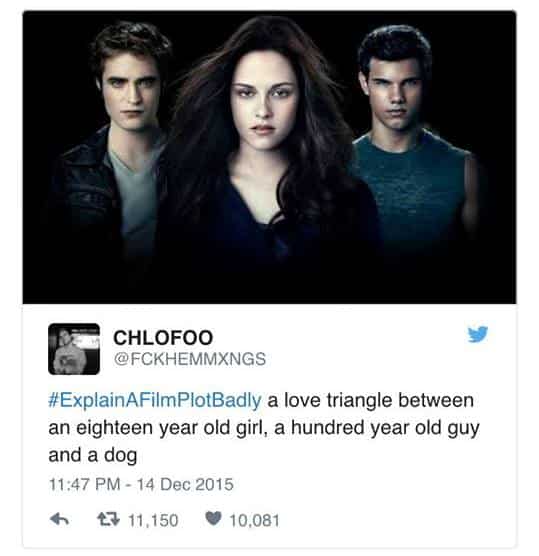 6. This is why we need feminism. 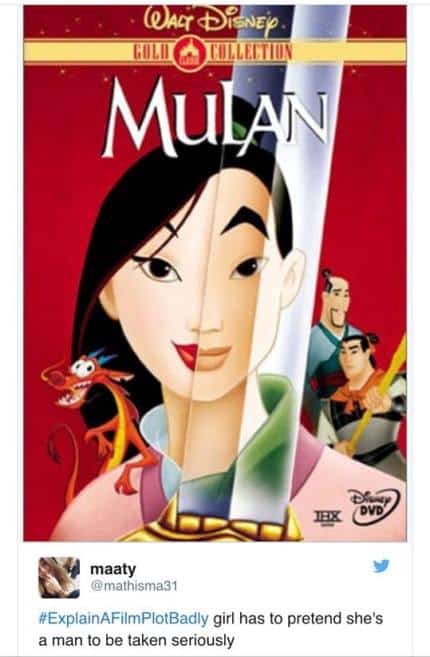 This is the story of so many of our lives. Minus the kung fu and swords and stuff.

7. Way to ruin Titanic for everyone! 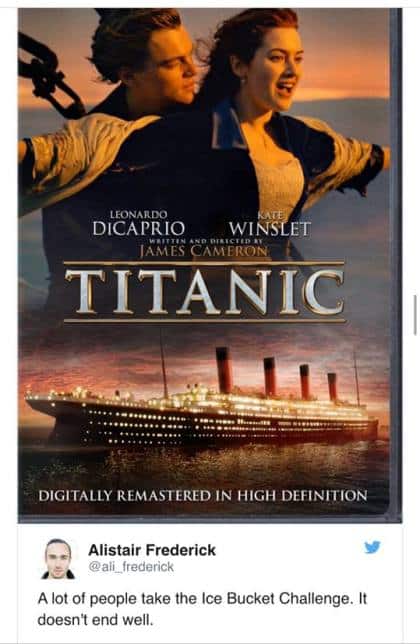 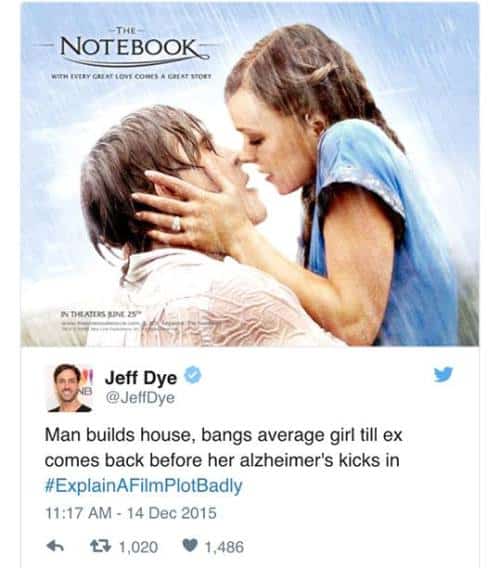 There is literally nothing good to say about this one. Nothing. 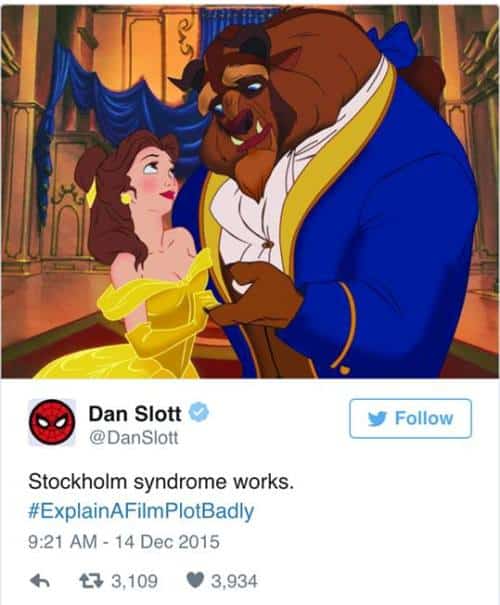 Finally, all your questions about this move answered in three little words!

10. There is much to say about Star Wars… 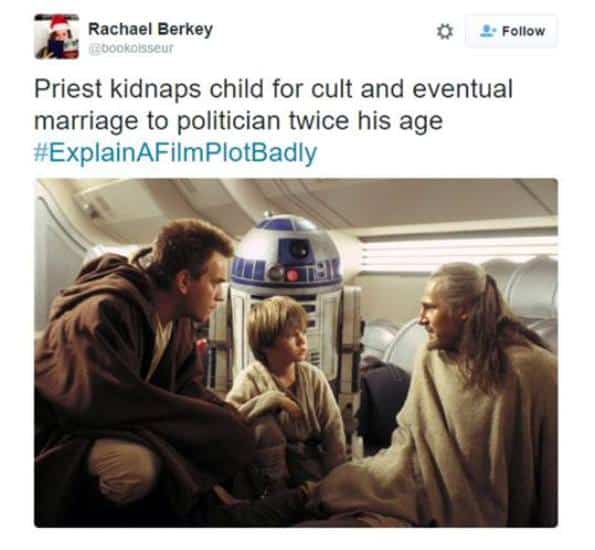 When you think about it this way, it’s just a giant load of wrong. 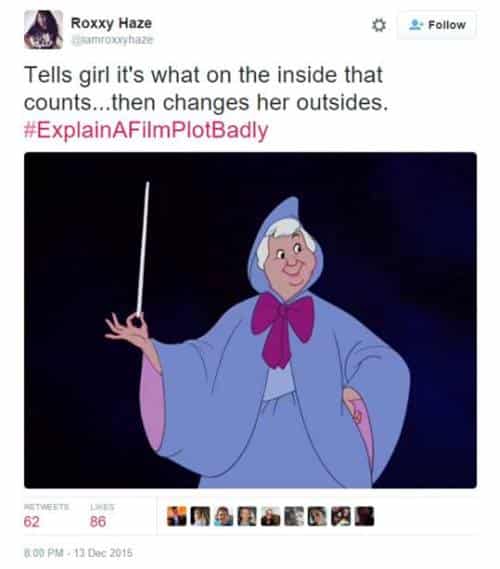 So much for teaching little girls any self-respect. 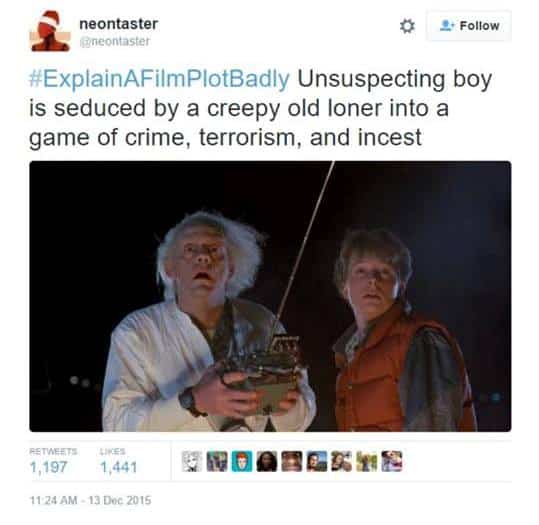 Images via twitter.com and geekandsundry.com.