I’ve been cursing since I was three years old.

At that tender age, I listened admiringly as my father had heated conversations on the phone with his friends, pacing back and forth and discussing life and work in colorful terms. The profanities he used sounded so succinct, so satisfying.

I used them at my earliest opportunity, starting one summer morning on the way to day camp. A car nearly hit us, and I yelled out at the driver, calling him a fucking bastard. I was two months shy of four years old, and it made quite an impression on everyone — the driver, who was flabbergasted; my mother, who was equally surprised — and me, too. It felt good, and it certainly got my point across. 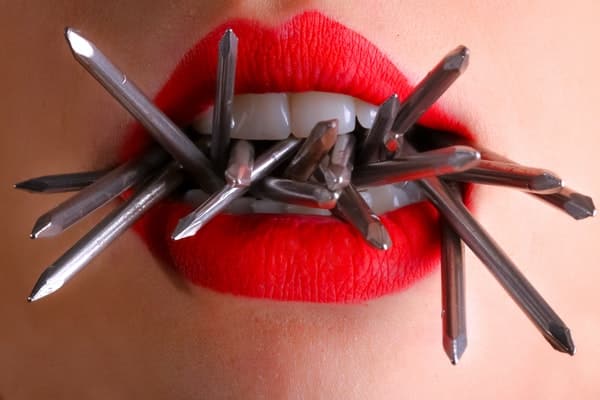 I’ve been cursing steadily in the four decades since then, only taking a break when my oldest child was little and I started to have hesitations about potentially being a Bad Influence. I took a breather from my colorful language.

But it only lasted for a short time. Because I realized two things. One, swearing is just a part of who I am and feels good for reasons I just couldn’t totally articulate (more on that later). Two, there are things that adults do that kids don’t: have a glass of wine with dinner, for example, or watch The Deuce.

Hence, I decided it was acceptable to go back to my natural state of being a trash mouth, and simply explain to my children that if they want to curse, drink wine with dinner, or watch sleazy HBO shows when they get older, they may. But not before then.

And now it turns out that all along, I’ve been promoting my own fucking wellness by cursing! Because science. Specifically, research and books such as Swearing Is Good for You: The Amazing Science of Bad Language, which explains how swearing helps reduce stress and increase tolerance to pain.

Think about it: if you bang your elbow against a doorframe, which is going to make you feel better? Clamping your mouth shut? Murmuring “Cheese and crackers, that hurts”? Or letting out a nice, satisfying expletive? We all know the answer. “SHIT!” works every time. And of course swearing is an emotional release, a way to “let it out,” which makes it a natural for stress relief.

In some cases, a trash mouth is actually a sign of intelligence (studies have shown that it’s definitely not a sign of the opposite, or of a lack of vocabulary). A 2015 Marist College study showed that people who scored the highest on a “swearing fluency” test also scored highest on “verbal fluency.” Science Alert, in explaining how swearing is a sign of intelligence, described profanity as “a feature of language that an articulate speaker can use in order to communicate with maximum effectiveness.”

And I don’t need science to tell me that cursing is empowering. I feel like it’s more empowering for women than men, because for some stupid reason it’s less acceptable or expected for women to curse. And how great it is it to do the unexpected and flout the unacceptable in such a harmless and yet satisfying way? To speak your mind with, let’s say, added emphasis? Fucking A.

Images via etsy.com and pexels.com.

Comment: Do you enjoy lacing your everyday language with profanity?

This Is Why Your Morning Routines Don’t Work

4 months agoSheSaid Contributor0
SHESAID is a top women’s lifestyle website that aims to inform, inspire and empower women around the world. Established in 1999, SHESAID is dedicated to telling it how it is, sharing real women’s stories about the issues that really matter to them. We know women because we are women.