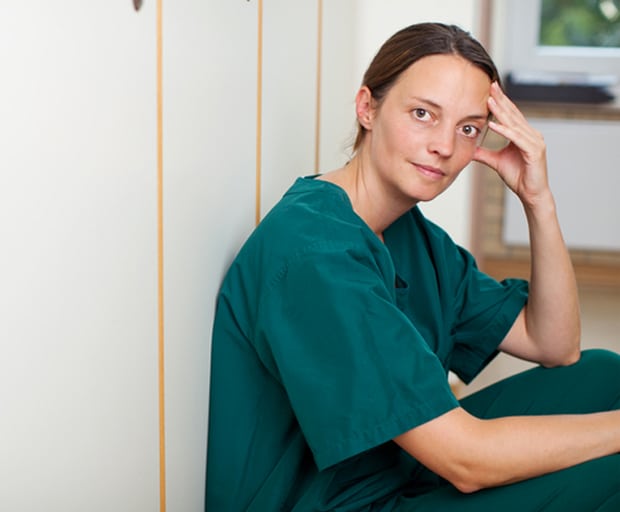 “Such a complaint would mean the end of the surgical career of the trainee.”

A leaked letter written by Sydney surgeon Gabrielle McMullin has revealed disturbing claims by female surgeons of more than seven years of intimidation and sexual harassment at the hands of senior male staff, allegedly ignored by the Royal Australasian College of Surgeons (RACS).

In the 2008 letter, Dr McMullin informs the college three female trainees asked her advice on how to handle the demands of male senior surgeons for sexual favours in return for tutelage.

McMullin went on to reveal she informed the trainees that granting sexual services was, “Probably the safest way to play it in that there will be no ‘fuss’,” warning that, “Men have very short memories following sex and are unlikely to follow through with promises of training positions.”

Although Dr McMullin asserted refusing the sexual requests, she also stated it would lead to trouble in the future.

“I have discussed, with my male colleagues, the possibility of making a complaint to the college and this suggestion has been greeted with horror and an assurance that such a complaint would mean the end of the surgical career of the trainee,” she stated in the letter.

An Expert Advisory Committee has (finally) launched an investigation into the claims and found nearly half of all surgeons across all specialties have experienced discrimination, bullying or sexual harassment. Head of the expert advisory group Rob Knowles said he was appalled by the findings.

RELATED: How To Be More Confident In The Workplace

“I was surprised and disturbed at the depth and the entrenched nature of bullying and harassment both across the profession and the health care system generally.”

RACS president Professor David Watters has responded to this investigation with a formal apology to all those who were subjected to unacceptable treatment.

“The individuals who shared their stories have described the devastating impact this has had on their personal and professional lives. As president of the college, on behalf of all fellows, trainees and international medical graduates, I apologise.”

But for the victims of almost a decade’s worth of sexual advances brushed under the operating table, Watters apology is seven years too late.

Unfortunately, horror stories like this are not unusual. It’s a common story: young, idealistic female worker finally gets her dream job. She expects a collaborative, encouraging work environment; characterized by support and mutual respect. However, the harsh and wholly disappointing reality is often very different.

Sexual harassment of women in the workplace has been an issue for decades. Although the 21st century has seen somewhat of a crackdown, sexually inappropriate behaviour of older male professionals continues to permeate the landscape of too many industries. In addition to the surgical profession, areas such as law, engineering, and the armed forces are breeding grounds for this patriarchal attitude.

Unwanted sexual advances at work are surprisingly common. The International Labour Organisation (ILO), considers sexual harassment gender discrimination; a result of a perpetuated inequality in power relations between men and women. The UN Convention on the Elimination of All Forms of Discrimination Against Women (CEDAW) has also acknowledged the seriousness of this issue, and urged for “measures to protect women from sexual harassment and other forms of violence or coercion in the workplace.”

However, the majority of sexual harassment continues to go unreported.

The glaring question is this; why should senior female staff members like Dr McMullin have to advise female trainees to play along with unwelcome sexual advances, rather than speak out? Why do women keep any harassment a secret?

The answer, I think, is fear.

I am no stranger to workplace harassment; various employers have roped me into the game of sexual politics many times. I have experienced unwanted touching, propositions by married men with children, and all the comments, jokes, and intimidation tactics that women report – or in my case, don’t report.

In one appalling assertion of dominance, an employer made a crude ‘joke’ about my epilepsy. He told me if I had a seizure while I was having sex, and the guy was unaware I suffered from it, he would assume he was fabulous in bed as a result of my convulsions.

I never reported it.

I wish I had, but like so many others, I was frightened of the repercussions it would mean for my career.

Speaking out often comes with the risk of being slut shamed, accused of encouraging the situation, asked what you did to ‘contribute’ or being regarded as a trouble-maker. We’re afraid of drawing attention to the issue because of the potential consequences of addressing it. Most importantly, we’re fearful the predator will return more intimidating than before; angered by our refusal to succumb to his power play, much like in the RACS case. So we tell ourselves the instance was trivial, that it doesn’t warrant attention. But the reality is there’s no such thing as ‘not serious enough’. If you smell smoke there’s usually fire.

11 Guys Explain Why They Catcall Women