Finding Love As An Asexual Woman

Let’s get some things out of the way before we dive into this, shall we?

Asexuality is a concept that eludes a lot of people. There are many resources available to define and discuss asexuality, but for this article, we’ll simply say that asexuality is not a one-size-fits-all kind of deal. It’s on a spectrum. The people sheltered under the umbrella of this term have varying romantic and sexual orientations. Some may have romantic inclinations; others may not. And, yes, some asexuals might even like sex.

When I was younger, the phrase “I love you” was enough for me. Romantic comedies always featured lips pressing, sure. But I believed that the culmination of feeling came with its confirmation. Kissing, for me, was an afterthought, a pleasant bonus in the process.

Everyone goes through a stage of disillusionment. I certainly outgrew the expectations of feeling magic with a kiss. It was still odd, however, when I finally got my first kiss.

There is a difference between a sexually liberated person considering a kiss as “just a kiss” and an asexual person trying out kissing and finding nothing.

Sparks weren’t at all expected, but is it normal to come out of a kiss feeling bored and a little grossed out?

This is but a small part of the confusion that comes with the process of realizing you’re asexual. While there are asexual characters in media, they are few and not perfectly representative of the experience. As such, asexual people find familiarity with heteronormative media. And when it becomes clear that they feel differently from what’s portrayed, they tend to feel isolated and less than normal.

The inability to want sexual interaction, which seems like such a crucial part of things, could lead to the belief that love is out of reach.

Don’t worry. It’s a hard road to take, but at least there’s a road. 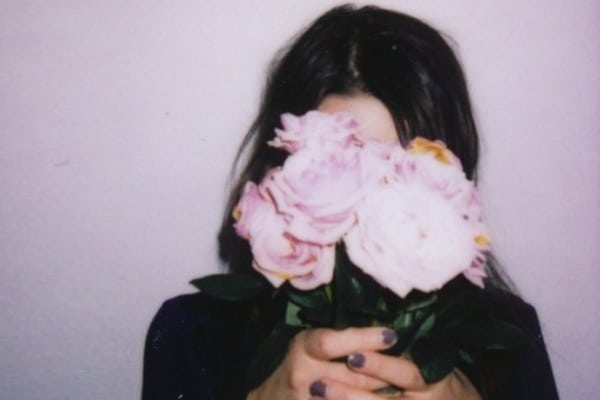 A sexual person may find it difficult to imagine a life completely devoid of sex or even of the desire to have sex. Likewise, an asexual person may have trouble coming to grips with the idea that sometimes kissing and sexual forms of intimacy are at the forefront of a relationship. This difference immediately results in a disconnect between the two, thus making it hard for an asexual to date unless they can find a partner that’s on the spectrum too.

There are a lot of difficulties that come with mixed (asexual/sexual) relationships. For an asexual, even if they force themselves to participate in physical and sexual actions, there will be moments of insecurity. They may like some physical contact but are reluctant to be in a relationship unless their partner expects more from them. When they do find themselves in a relationship, they’ll wonder if their partner is happy with the level of sexual interaction. Sometimes, you can’t help but wonder whether your unconventional method of loving may be lacking. And then there’s just no denying that some feel repulsion at any contact.

Outside of these concerns, when your sexual partner finds out about your orientation, it could hurt them. They may feel bad for not being sexually attractive enough. They may take their partner’s aversion personally and blame themselves for not making them happy.

There are success stories of mixed relationships, but it comes with effortful communication and compromise for both parties. So, a romantic relationship is possible for an asexual person who wants one. However, they need to define their boundaries and state their feelings to avoid pain in the long run.

When you’re a romantic and come from a background that leaves you with a positive idea of marriage, then even as an asexual person, you might want to marry, too. And these marriages either break, or each couple finds their way of surviving.

There are some couples who survive their mixed marriage by having a non-conforming relationship. They may be comfortable with an open or polyamorous marriage. In certain cases, asexuals may permit their spouses the freedom to satiate their sexual needs with other people.

Other marriages work with compromise. The couple discusses their needs, and each finds a way to try and satisfy the other. These marriages may include a previously agreed upon number of times they have sex per week. Or the asexual partner may find more comfort when they focus on giving rather than receiving pleasure. Each couple is different, and it is important that the partners discuss their boundaries with one another.

Asexual people may choose to have children too. In that case, they may have sex for the sake of reproduction. Or, if not, then there are alternatives such as in-vitro, adoption, and surrogacy.

Love and relationships may seem like distant dreams for an asexual person. But there is a lesson we can take away from heteronormative media: a happy relationship could easily be achieved with proper communication and the right partner.

On Coming Out As Asexual
When My Husband Told Me He Was Asexual
Ask Erin: I’m Asexual; How Do I Get Him To Back Off?