These Unexpected Foods Can Make You Sick

Dangerous bacteria can lurk in unexpected places. Cantaloupe, anyone?

We think we know what foodborne illness looks like: a mayo-rich potato salad left out in the sun at a family picnic, an under-cooked hamburger patty, or sketchy sushi from the corner deli. And it can look like all those things, but the bacteria that lurk in food and causes illness (thought of under the blanket term “food poisoning”) can pop up in some very surprising places. I’m talking about leafy greens, leftover rice, and even melon. Melon!

“Food poisoning occurs when a person ingests food that has been contaminated or has been prepared or stored in a way that allowed existing pathogens to survive and multiply,” explains Kristin Koskinen, RDN, LD, CD. Koskinen adds that food poisoning is no joke: “It’s important for people to know that foodborne illnesses are nothing to mess with,” she says. “Most of us think of food poisoning as an unfortunate round of gastritis (nausea, vomiting, diarrhea, cramping) that will resolve after a day or so. This is not true. The initial bout of foodborne illness can be life-threatening, depending on the pathogen and the person. Assuming you live to tell the tale, you may end up with long-standing effects from the infection, including damage to your gastrointestinal tract and leaky gut.”

Freaked out? Let’s have a word about prevention, which Koskinen calls the best treatment. “Always wash your hands before you eat or prepare food,” she warns. Cooking food thoroughly is key, as is proper storing methods: “Keep hot food hot and cold food cold. Hot food should be kept at 140 degrees or warmer, cold foods at 40 degrees or cooler, anything else puts your food in the ‘Danger Zone,’ which is where bacteria most rapidly multiply.” And finally, Koskinen advises watching the clock. “Food should be stored within 2 hours of being served, 1 hour if service is outside and the ambient temperature is 90 degrees or warmer,” she explains. “When in doubt, throw it out. A bit of leftover picnic food for lunch isn’t worth a trip to the hospital.”

If it seems like a lot to keep track of (what with all the harmful food ingredients we’re supposed to avoid), we can actually boil food-borne illness down to some specific causes. And by all means, boil it — sometimes cooking foods is the way to make it safer to eat. But not always (see example number one below)… 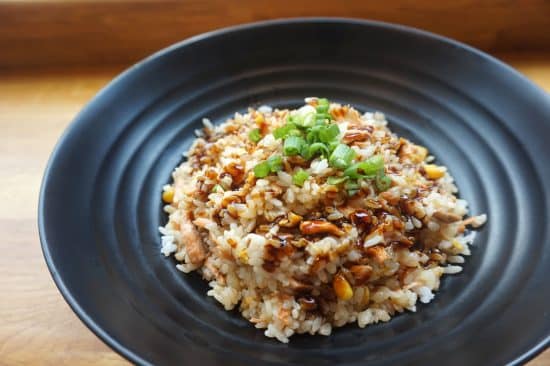 Whether you’re serving it up as a side dish to stir-fry, curry, or chili, try to cook only as much rice as you need — because the leftovers are best tossed into the garbage. After rice is cooked, it can develop bacteria that does not get killed when you reheat it. And this bacteria can make you sick. So it’s much better to whip up a new pot of rice than reheat what you had last night. 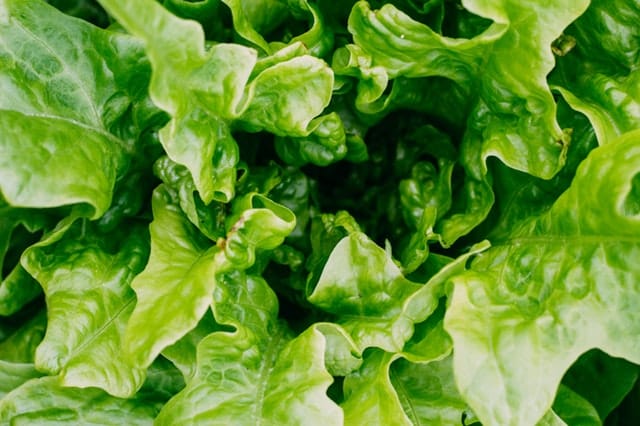 The bacteria that sometimes hides in leafy greens (like E. coli, Salmonella and Listeria) can be killed via cooking, but that’s not terribly helpful when you’re eating lettuce or other greens that are enjoyed raw. Even if your newly purchased lettuce looks clean, wash it. And don’t let anything else (such as liquid from the chicken you’re preparing, for example) contaminate it.  “A recent outbreak of E. coli associated with lettuce is a reminder that we must practice safe food handling with all our food,” says Koskinen. 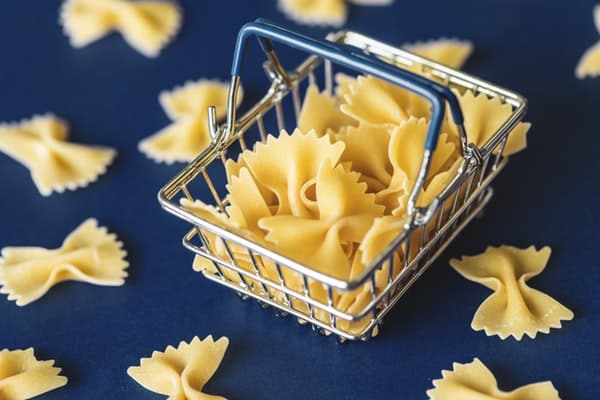 Pasta is another food that’s dangerous to leave out at room temperature, so exercise caution when you let the dishes linger after dinner, and keep things cool when you’re making a salad that contains pasta. “It’s best to chill all the ingredients before combining them to make a salad, then keep it refrigerated and serve it cold (under 40 degrees F),” says Koskinen. 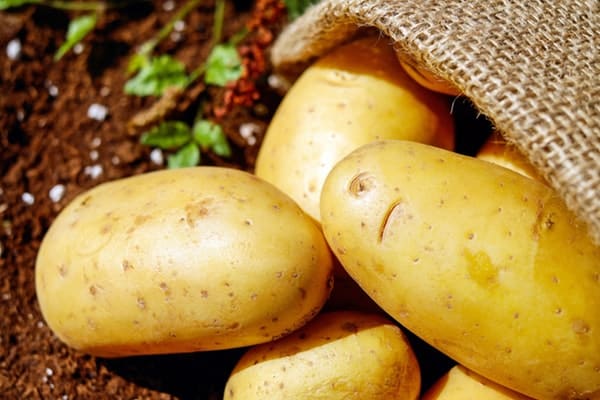 Although to me, potatoes seem like the kind of stalwart foodstuff that can’t possibly be compromised, they’re vulnerable to cross-contamination and temperature fluctuation just like other foods. While you’re probably aware that an unrefrigerated potato salad can make you ill, here’s something horrible and less commonly known: leaving your leftover baked potatoes in foil can make you sick. This just feels like a blow because it seems natural to bake potatoes in foil and then just leave the leftover ones in their cozy aluminum homes. But bacteria can grow in the foil as the potatoes cool off. 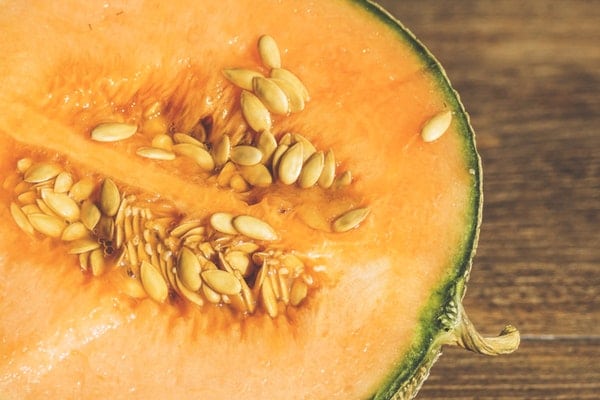 Knowing that fruits can cause food poisoning just makes me want to throw up my hands and eat only freeze-dried astronaut food. You should, of course, wash fruit before eating, which I dedicatedly do with the obvious stuff like apples and berries. But who would think to scrub at a cantaloupe? You should, though, because even though you’re not eating the rind, that’s where the yucky bacteria can reside and when you slice right through the rind to cut the melon, you’ve got cross-contamination. 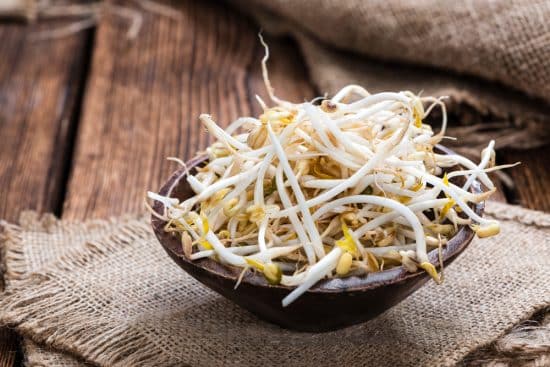 To get the point across about how potentially dangerous sprouts can be, consider this: women are told to avoid raw sprouts completely during pregnancy (and does anyone ever cook sprouts?). That’s because bacteria is particularly adept at hiding in those cute little nibblies. Sprouts are grown in warm water, which is ideal for bacteria growth, and Salmonella or Listeria can survive for an unusually long time in this healthy food. 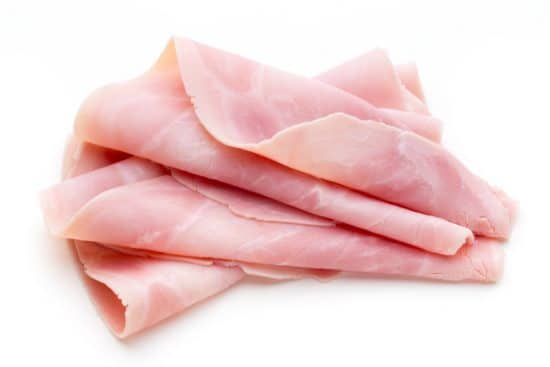 Doctors also advise against consuming deli meats during pregnancy because cold cuts can harbor Listeria, which in turn can cause listeriosis (not good for anyone, but extremely dangerous to babies in utero). One quick solution is to heat your deli meats — not an appealing prospect if you imagine steaming hot turkey on defenseless slices of bread, but damn good if you fry up some ham to have with your (properly cooked) eggs. 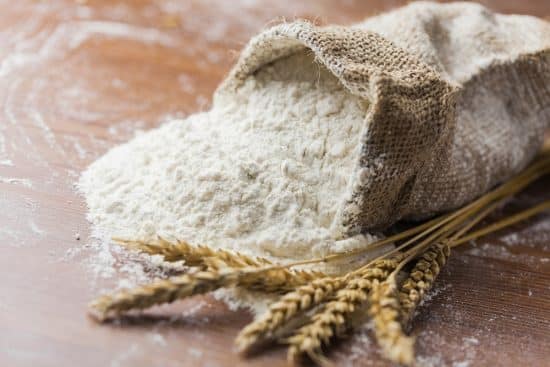 We’ve been warned time and time again not to eat raw cookie dough, and a common misconception is that it’s just the raw eggs in the dough that may contain harmful bacteria. That’s why I’ve helped myself to raw dough and spoon-licking when I make vegan treats — that must be okay, right? Wrong. Raw flour can contain E. coli and must be cooked before eating, so that means no more dipping into the dough, vegan or not. Sigh. Thank goodness we’ll always have Ben & Jerry’s Chocolate Chip Cookie Dough ice cream.

Images via pexels and Shutterstock