If you think the big chill has hit hard this year, then you best brace yourself for what’s to come – because apparently Earth is headed for a mini ice age!

No, the apocalypse isn’t upon us – yet. However, according to a new study which claims to produce “unprecedentedly accurate predictions” of the suns activity, in 15 years time we will be faced with ridiculously cold winters that are said to freeze the River Thames which is the longest river in England. No biggie, right? Wrong.

Researchers at the University of Northumbria have warned that solar activity will fall so much (60 per cent to be exact) that between 2030 and 2040 a phenomenon called Maunder Minimum will occur, which is a period of time where the sun’s activity is lower than usual.

So what’s the cause, you ask? Scientists believe that it’s due to fluid movements within the sun converging in such a way that will make temperatures dramatically fall come 2030. According to a presentation by professor Valentina Zharkova, the result will be similar to freezing conditions between 1645 and 1715, wherein the first Maunder Minimum happened. 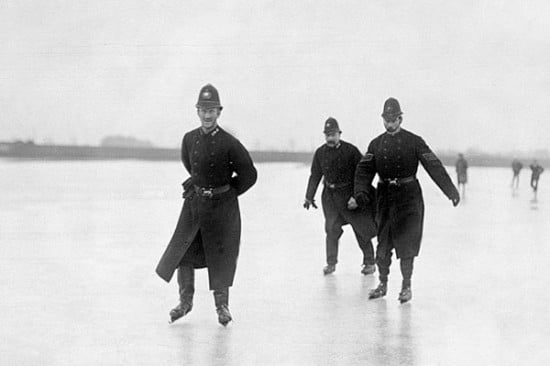 “[In the cycle between 2030 and around 2040] the two waves exactly mirror each other – peaking at the same time but in opposite hemispheres of the sun,” she told the National Astronomy Meeting in Llandudno.

“Their interaction will be disruptive, or they will nearly cancel each other. We predict that this will lead to the properties of a ‘Maunder minimum.'”

In England during this mini ice age, River Thames frost fairs were a thing after it completely froze over for seven weeks making it passable by foot. While that sounds delightful in theory, the reality of it was bitterly cold.

Images via Time and The Telegraph