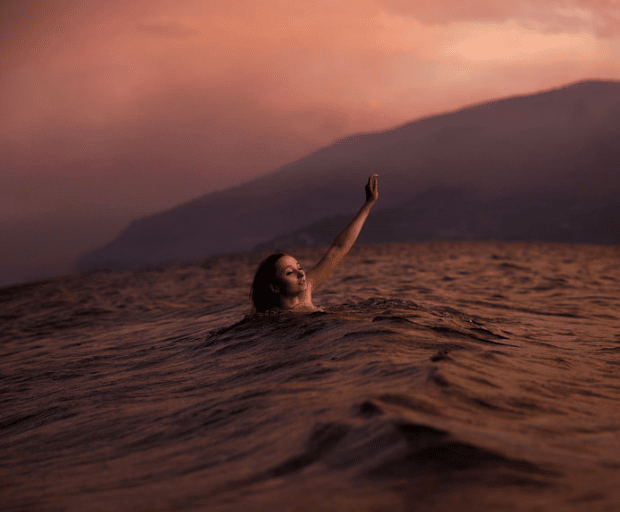 Why I Won’t Stop Swearing In Front Of My Daughter

It took me a long time to understand that addiction isn’t the same as love.

I don’t know that I’d ever given much thought to the concept of emotional abuse in relationships. Or, I thought of it as something clear, stark, the menacing man standing over the cowering woman, screaming obscenities.

What happened to me wasn’t that clear. I’m not sure even now that I feel comfortable using the term “abuse.” But I suppose it’s not important whether my experiences fit some textbook definition of it. What’s important is that writing about it might help someone else feel less alone and more empowered to break a bad connection.

At first, it felt like magic. Like I had never loved anything in my life the way I loved him. He was funny, he was smart like me—eloquent, feminist, a strong debater, witty. I felt like we could run the world together. D.C.’s delicate cherry blossoms and fresh April air seemed to be bringing me an incredible tide of springtime love.

But it’s not like it started perfectly. We met shortly before my birthday, and I was so excited to have him at my birthday party. We had a big brunch, followed by an evening party. He came for a couple of hours, told me he needed to go home for a bit and would return.

He never came back or called. I felt so let down. He told me later that he had fallen asleep. In the middle of the day. For seven hours. I would later come to understand actions like this as consequences of the abuse of amphetamines, so he could stay awake constantly for his congressional job. Or—and this is the worst thing—maybe he just lied. Looking back, I’m not sure what, if anything, was true.

But I was already too far gone, too addicted to being with him, to cut him off. We dated on and off for years. I never spent time with his friends. I never knew for sure where he was or when I would see him. My own friends got tired of hearing me be upset.

If he got upset or angry with me, he would just stop talking to me completely. For a week, two weeks, three weeks.

I became chained to my texts, always wondering when he would pop up, when he would again save me from the worry and fear of being without him.

I left him. I came back. He left me. He came back. I can’t even count how many times we let each other go before I finally got into a better relationship and found the strength to cut him off.

Once it became clear to my ex that I had started to be happy with someone else, all of a sudden it was love letters and appearances on my doorstep in the middle of the night (charming in Dawson’s Creek, not so charming as an adult with adult roommates who need to sleep). I would get declarations of undying love, his desire to be married and father my kids. To convert to Judaism for me. It was all so eloquent, so smart, so perfectly said. He was so good at saying exactly what I wanted to hear. I was seduced, again and again, into sabotaging my own interests. The imperfectness and unlikeliness and passion of it made me think, well, this is love, right? It’s improbable.

Britney Spears has that song “Addicted to You.” Here’s the thing though, Brit. It is not good to feel addicted to someone. Like you can give them up for a day but you’ll bounce right back, like you know you should give up that sweet, drug-like love because it’s hurting you but you can’t.

It took me a long, long time to understand that addiction isn’t the same as love. When I was with my ex, every friend I had thought the relationship was nuts. One roommate in particular, a few years older than I was, told me, “It doesn’t have to be like that. Love can be nice. Kind, gentle. Reliable.”

I didn’t listen. To my intense shame, it took me five years and another multi-year relationship to finally block his number. There’s some part of me that even now opens my Messages (I don’t do Notifications anymore, so I can’t be emotionally attacked by my phone) hoping to see his number.

It happens to all kinds of women, all kinds of people. Those of you who know me personally know that I’m pretty damn confident. I walk into a room like Bender in Futurama, “Bender is great, Bender is great!” I am my own biggest cheerleader. And strong as I am, I broke. I started to feel like I was amazing and fierce with him but nothing without him.

The other day, I looked up, for the first time, “signs of emotional abuse.” I scrolled. Constantly berates you, it said. Hmmm no, occasionally but not constantly. Doesn’t seem to care about your feelings. Yes, definitely. Disappears or withholds communication to punish you.

I froze, my hand still, staring, my eyes glazing over in the light of the screen. He sure as shit did that. All the time. Over and over and over and over. The first time he disappeared without a warning or trace for a week, I thought he was dead. I was hysterical with worry. Turned out he just didn’t feel like talking. And usually I somehow convinced myself it was my fault.

I’ve learned from this that you’re never going to fit a perfect checklist. If you’re being abused, it’s not like the abuser woke up this morning and said, hey, let me make sure I’m doing every single thing that counts as a warning sign for abuse.

But if you’re reading this thinking, I wonder if I’m being abused. Then let me talk directly to you for a minute.

Everyone says get out, get the hell out, and yes, get out. But go past that. Block that number. Change the locks. Burn those clothes and letters, throw that jewelry out into the river.

You youngsters (people in their early 20s, I mean) say “cuffing season.” Cuffing season is when it’s cold and it’s a cuddly time and no one wants to be alone. Now it’s summertime, the time to cast off those cuffs.

If you are with someone who is making you unhappy a lot more then they’re making you happy, you are already alone. Think about all that time you’re wasting that you could be spending building your friendships, doing stuff you enjoy, or working on your career.

You only have so many hours in this life. How many are you spending on someone who doesn’t really care about what you need? Now that I am in a healthy relationship, I understand that expressing your feelings, being heard, and being able to rely on your partner are not “needy” or “high maintenance” desires. They are normal. They are the bottom line.

As the queen Lauryn Hill put it, respect is just a minimum. You deserve so much better than a lifetime of pain. And you will find better, but you need to be free first.

I’ll leave you with this. In the show Buffy there’s a great scene in a high school bathroom where one girl is putting on concealer to hide her bruises. Buffy says, “You know what works great for that?” She looks in the other girl’s eyes in the mirror. “Don’t get hit.”

You know what works great to combat emotional abuse? Stop getting emotionally abused. Walk away, and stop looking back.

Comment: Have you or a friend had a similar relationship?