Apparently some airlines need reminding adult actresses are people, too.

Instead, the airline took the opportunity to publicly ridicule and harass the passenger with sexual innuendo, tweeting:

‘Flight is scheduled for 14.30. It’s just that with you, we prefer when it lasts longer. Have a good day. I remain available,’ which was followed by a winking emoticon.

Transavia’s wildly inappropriate response was unsurprisingly quickly followed up with a barrage of outraged tweets from the adult actress’s Twitter followers, calling the airline out on its blatant sexual harassment. 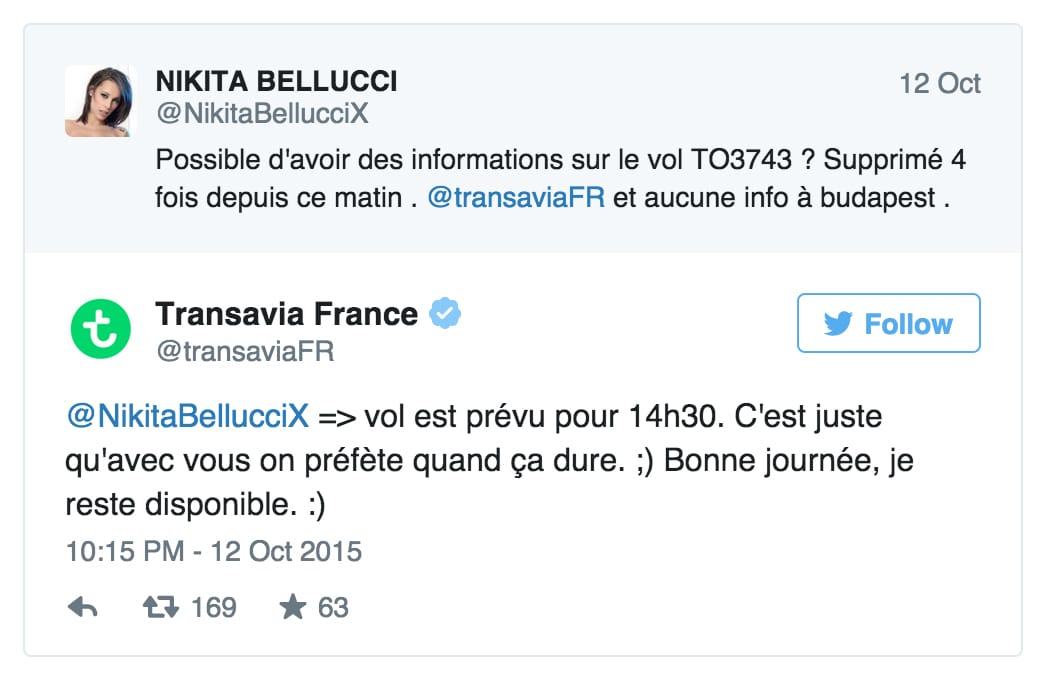 The airline eventually responded with a #sorrynotsorry type apology, stating:

‘I am sorry you were offended by this joke. I was just trying to lighten the mood.’

The Twitter storm also set off an onslaught of condemning tweets from men telling Bellucci to, lighten up and be happy that she was getting ‘free publicity’.

Unsatisfied with Transavia’s lack of remorse for harassing her based off her choice of profession and the ensuing online bullying, Bellucci took to Twitter again, this time to defend herself against what the actress says is indicative of how society views her as a woman who has chosen to use her body on her own terms.

The star’s final Tweet on the issue highlights the growing need for respect of women who work in the sex industry.

‘Open your thighs, look beautiful and shut up … is all that’s allowed. That’s all we expect of you, nothing more.’

Come on society, we can do better than this.

Comment: What do you think of the way Belluci was treated by her airline?

Images via pornstarlover.fr and twitter.com.