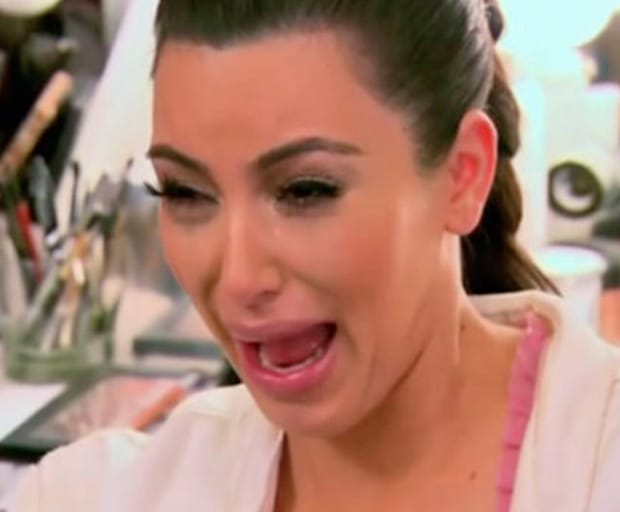 6 Ways To Be A Less Anxious Person This Year

If you’ve ever experienced a fuckboy in the wild, you’ll relate to these fuckboy memes.

As someone who’s recently re-entered the single market after a long stint away from it (let’s just say Tamagotchis weren’t entirely uncool when I was last unattached), I was excruciatingly under-prepared for the sheer amount of fuckboys now annoyingly occupying most of its real estate.

Like those too-good-to-be-true marked down designer threads on the sale rack you gleefully take to the changeroom only to discover there’s buttons missing and a stain on the collar, fuckboys present awesomely on first glance (attractive? Tick. Knows the right things to say? Tick. Sweeps you off your feet on the first date? Tick.) only to soon after reveal themselves as weakass creeps who’d happily send their own mothers up the river without a paddle in exchange for getting laid.

Related: A Brief History Of The Fuckboy

A fuckboy’s fave phrases, which usually come in grammatically disastrous text message form, include ‘Send pics’, ‘Come over, we’ll just hang out, nothing sleazy, promise’, ‘Heyyy’ and ‘I resent you suggesting I’m a fuckboy’. He also makes as many possible thinly veiled attempts to reference his penis (which may explain his overuse of the eggplant emoji) and will reliably flake on any and all attempts made to see him outside of the bedroom, calling you an uber home before you have time to finish zipping your jeans back up and then promptly ghosting you. If you’re nodding along in agreement, you’ll identify with these fuckboy memes well… 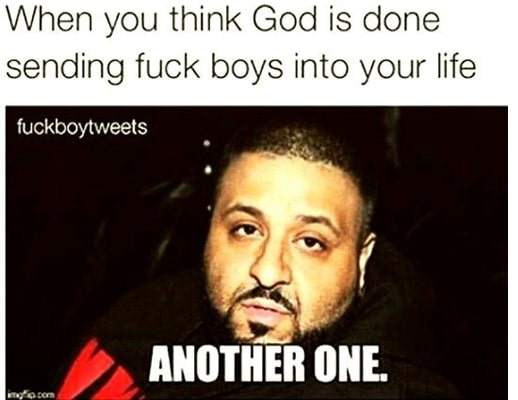 Nope, the universe is just getting started. 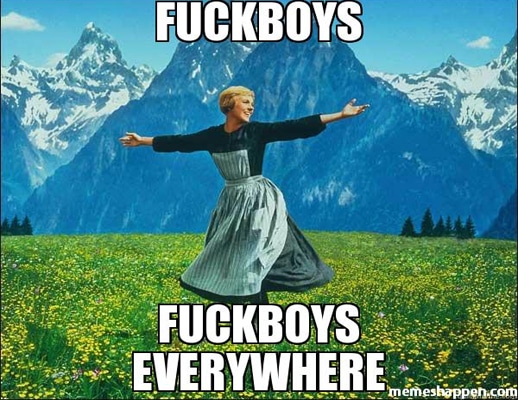 It’s sad, but it’s true. Maybe I should write a guide to avoiding fuckboys in the dating world.

3. Even your friends aren’t immune from falling for their BS. 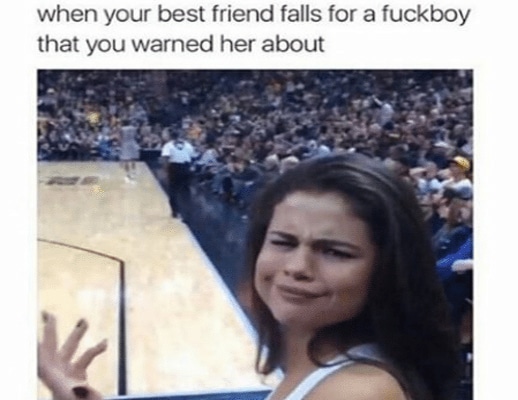 Oh no. Another one bites the dust. 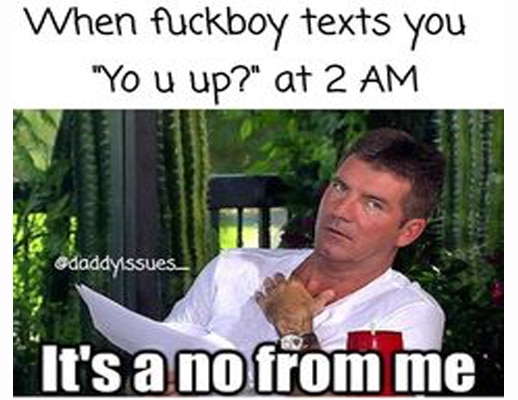 5. Their game is painfully transparent. 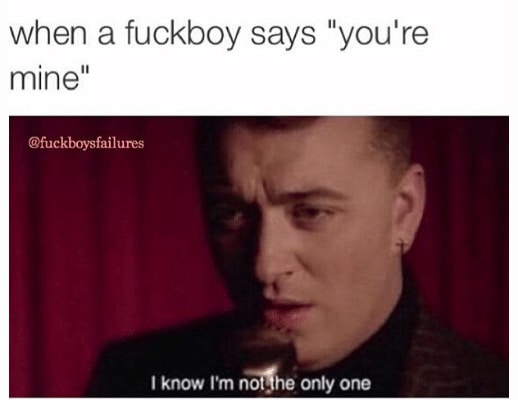 6. The struggle is real. 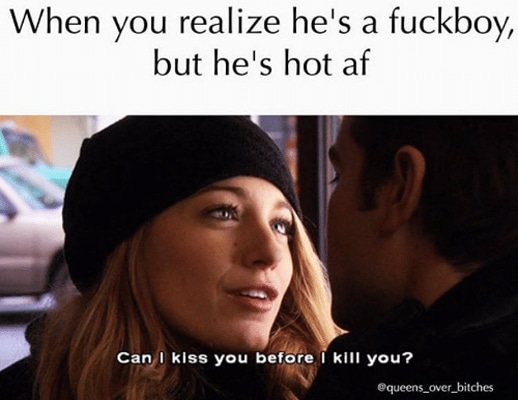 7. Knowledge of his fuckboy status isn’t always enough to avoid falling for him. 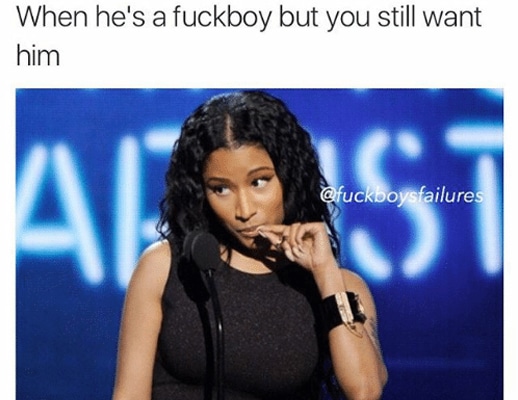 Why do we always think we’ll be able to change them? Spoiler: Nobody can stop a fuckboy from his fuckboyery.

8. Even though the lightbulb moment usually goes like this: 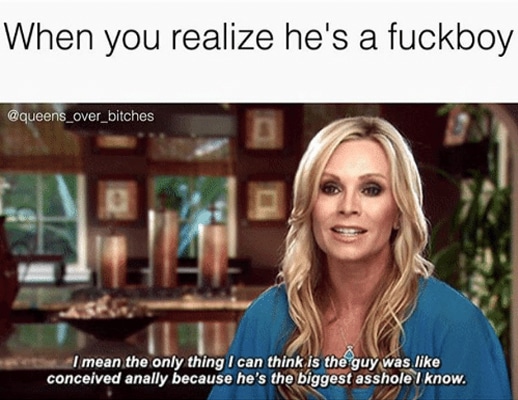 9. Just when you think you’ve got rid of a fuckboy, he’s back. 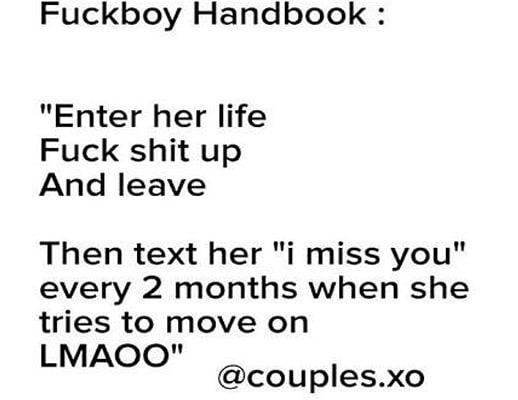 It’s almost as if every single fuckboy has a radar that can detect the exact second when you start to move on… And it reminds them to circle back into your life. 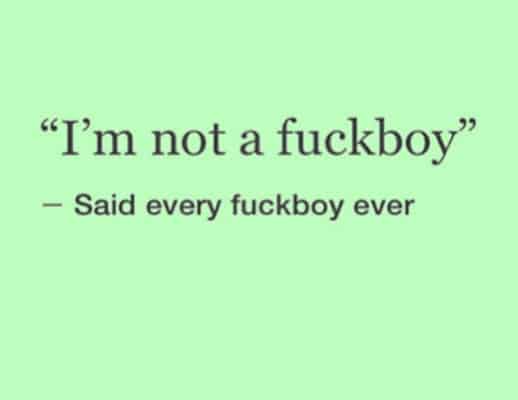 11. They’re not exactly the brightest crayons in the box. 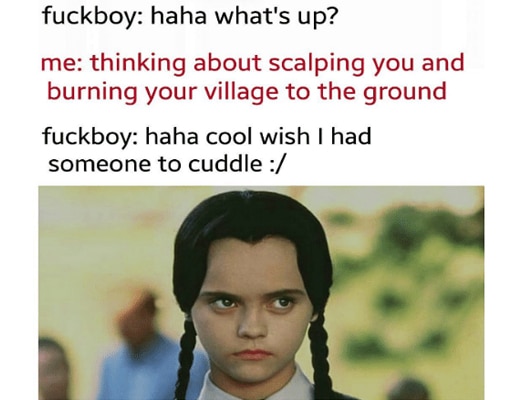 12. And yet they always manage to pull one over on you. 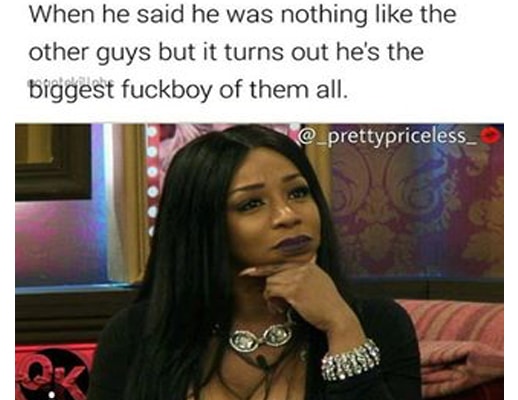 Who woulda thunk it? 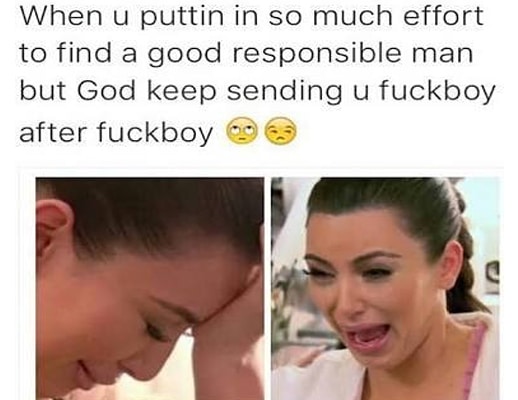