If, in the lead-up to Valentine’s Day on Saturday, your partner awarded you a free pass to get it on with a Hollywood celebrity, whom would you choose?

Of course, the 56-year-old one-time sworn bachelor last year shocked the world (and no doubt himself) when he married London-based Lebanese-British lawyer, activist, and author Amal Alamuddin, 37, now known as Amal Clooney.

With an arguably more impressive career than her new actor, writer, producer, director and activist husband, Amal may have to watch her back if this survey is to be believed. 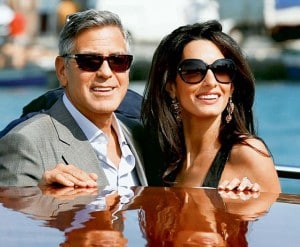 And while I am in no way personally advocating infidelity – it’s not my bag, baby – Victoria Milan is a dating site for attached people looking to cheat. And, back to the results, which also showed seven of every 10 cheating Aussie wives prefer to have an affair with a married man.

Next up, on the list of most-coveted celebrity husbands included George’s good mate, Brad Pitt and Ryan Reynolds, who secured second and third place with 16 per cent and 14 per cent of the votes respectively.

“If the person you cheat with is married, the playing field is levelled. There is a level of understanding, and most likely, you both have the same wants and needs,” Ms Vedal says. “Cheating doesn’t mean a person is unhappy in their marriage – they are just looking for that little something extra.”

Erm, right. I’m so glad she cleared that one up. Did someone say “wedding vows?” 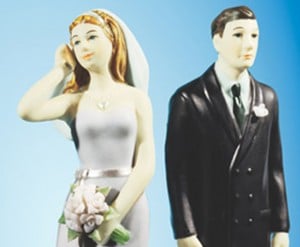