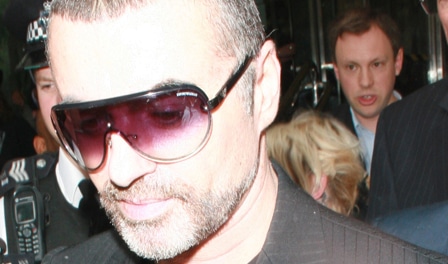 George Michael was left in tears after being taunted by fellow prisoners when he entered jail.

The ‘Freedom’ singer is serving the first part of his eight-week sentence for driving under the influence of drugs and possession of cannabis at London’s tough Pentonville Prison and despite being placed in a wing for vulnerable inmates – including rapists and paedophiles – he was still mocked, being serenaded with twisted versions of his own hits when he arrived at the facility on Tuesday.

A source said: “As soon as he arrived some of the prisoners burst into a rendition of ‘Freedom’.

“And when he was taken to shower they sang, ‘Guilty George has got no freedom’ to the tune of ‘Careless Whisper’. He is sulking.

“When the cells were unlocked in the morning he just sat there and refused to come out.”

Chris Smith, an inmate who was released yesterday, added: “He was in bits. The guards said he was crying in his cell.”

The 47-year-old star was left further dismayed after being told his only outside contact for the first 48 hours following his incarceration was to be a three-minute phone call with his partner Kenny Goss.

One inmate told The Sun newspaper: “When he went to use a payphone in the communal area he was hunched over it – distraught and in tears. He was whispering and very emotional.”

Despite his ordeal, inmates claim George is receiving special treatment and has been housed in a luxury cell dubbed ‘The Ritz’.

One source explained to the Daily Mirror newspaper: “It’s the best cell in the whole prison. It has duvets, cushions, even its own digital TV box.

“He’s being treated like a king and has guards swarming all over him.

“The last thing they want is for something to happen to him. Pentonville is really tough and some people can’t cope with being locked up.”

George is expected to be moved to an open prison later this week.