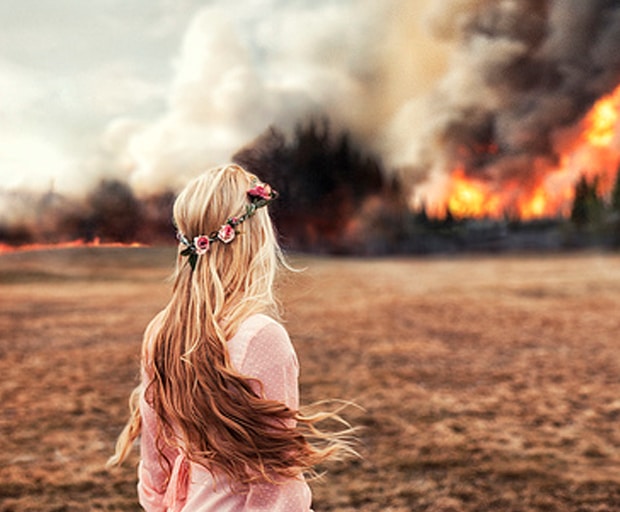 14 Travel Must-Haves You Need In Your Carry-On

If you’re ending your marriage, be prepared for this to happen…

For many people, divorce is still a taboo subject; something we hope only happens to other people. We spend hundreds or even thousands of dollars on the perfect wedding dress, come up with cute and clever wedding hashtags, and invite our friends to celebrate our unions, all the while acting as if our love is the most magical and meant-to-be ever to exist.

No one wants to be realistic about the fact that their marriage has about a 50 per cent chance of ending in divorce – and an even greater chance of chugging along unhappily for years because they’re too afraid to split up.

Even I, who should have known better, grew up swearing never to get divorced. My parents split when I was two years old, and I didn’t want to ever go through the misery I watched them endure. When my marriage fell apart, I had to face up to the fact that life doesn’t always go the way you think it will. And also, I had no idea what I was in for.

Roughly half of all marriages end in divorce. Why, then, don’t more people talk about what getting divorced is really like? Sure, they say it’s ‘hard’ – but for the most part, people who’ve been through it are reluctant to get specific about the details. Maybe it’s too painful, maybe they’re ashamed, or maybe they think no one wants to hear it. But since divorce is something that many of us have gone through or will go through, we might as well open up about the challenges, and – yes – the joys, of divorce.

1. Your friendships will change

When you first tell your friends you’re getting a divorce, they’ll swear to be there for you.  They’ll take you out for drinks, let you cry on their shoulders, and want to hear your stories from the dating front. But a funny thing happens over time: all your friendships start to feel different. Your married friends will start to back away from you, as if divorce is a communicable disease, and they’re afraid of catching it. The people who always thought your marriage was doomed will feel free to give their opinion on why it ended. On the other hand, certain friends who you never considered to be that close might turn out to be the true-blue ones who are really there for you through everything.

When you go through any traumatic events, you find out who your friends really are – it’s a cliché because it’s true.

2. Your next marriage is even less likely to last

Most people (including me) leave their marriage thinking they’ll have better luck next time. Maybe you were too young and didn’t know yourself well enough when you tied the knot, or you settled for someone who didn’t really make you happy because you were afraid of being alone forever. Whatever the case, it’s tempting to believe that the key to a lasting marriage is simply finding a better or more compatible partner. Bad news: second marriages are even more likely to fail than first marriages, and subsequent marriages fare even worse. While about half of first marriages in the United States end in divorce, nearly 70 per cent of second marriages do, and fully three-quarters of third marriages are doomed.

This doesn’t mean you shouldn’t try to find lasting love again – but it does mean that you’d better take a long hard look in the mirror and face up to the ways in which you contributed to the end of your marriage. If you don’t learn from it, and seriously commit to making your next union last, there’s not a lot of hope for a happily-ever-after.

Surprisingly few couples sign a prenuptial agreement to protect their financial well being before they say ‘I do.’ Or maybe it’s not that surprising, considering that even some divorce lawyers advise against them. Boston-based divorce attorney and mediator Laurie Israel says a prenup “promotes distrust and feelings that the beloved is callous and unloving.” She believes signing one “changes the entire connection and contract of a marriage by taking away one of its major pillars: building a secure financial future together.”

That’s all well and good, but the truth is, if you decide to get divorced, you’re likely to see a whole new side of your spouse. Even in the most amicable of divorces, one partner can turn on the other and try to take every penny they have – plus the house, the dog, and the kids. If you never suspected your spouse of having a greedy or vindictive side, you could be in for a rude awakening.

4. Regrets can take you by surprise

It took about five years for me to have any regrets about leaving my marriage. I was sure I wanted to end it, and even though splitting up was hard, I was happier afterward. The thing that got me was visiting the nursing home where my grandmother lived, and seeing this adorable elderly couple sitting together, holding hands. She was in a wheelchair, frail but still ethereally beautiful, and he was gazing at her with such adoration, it brought tears to my eyes. They must have been married at least sixty years, probably more. I’ll never have that, I thought, a lump lodging in my throat.

So now sometimes I wonder – should we have worked through our troubles? I don’t think so. I think we’re both better off now. But knowing I’ve missed out on the chance to have that lifelong bond still makes me a little wistful.

5. You’ll hear all the dirt about your friends’ marriages

When I got divorced, I found myself frequently being invited out to coffee and drinks by casual acquaintances who all of a sudden “needed to discuss something” with me. Three guesses what it was. Yup, I was suddenly the go-to coffee date for anyone considering ending their marriage. They wanted to know how I’d made up my mind to leave, whether I had any regrets, what custody arrangements we’d made for the kids, whether we’d used lawyers or a mediator – and they wanted to unload about their own miserable situations.

I checked with my other divorced girlfriends and sure enough, this was not an isolated phenomenon. It happened to all of them, too. If you thought your friends were happily married, be prepared to be disillusioned.

6. It might be the best thing you ever did

No one wants to get divorced. No matter how amicable the split or whose idea it was, it still sucks. You went into something thinking it would last, and it didn’t. It’s normal to go through phases of feeling like a failure, despairing about your future, and wondering whether you’ll ever be able to trust your own instincts again.

But even given all of that, getting divorced can be incredibly liberating and empowering. Whatever was going on in your marriage, it couldn’t have been healthy, because one of you wanted out. And being free of an unhealthy relationship allows both of you to seek out happiness elsewhere. Moving on from divorce can take a while, but once you have, you might just discover that it’s the best thing that ever happened to you.

Comment: What do you wish someone had told you about getting divorced before you did it?

You’re Probably Married To The Wrong Person. Here’s Why.