It’s the end of an era in the fashion industry: Supermodel Gisele Bundchen retired from the runway last week.

During her 20-year career, Gisele walked for every designer imaginable. And while she could have chosen some of the biggest names in fashion for her last catwalk appearance, the 34-year old stuck to her roots and chose Brazilian label Colcci’s fashion show during Sao Paulo Fashion Week for her farewell.

With her fierce and confident walk, Gisele knows how to own the runway, so let’s take a look at Gisele Bundchen’s best runway moments ever: 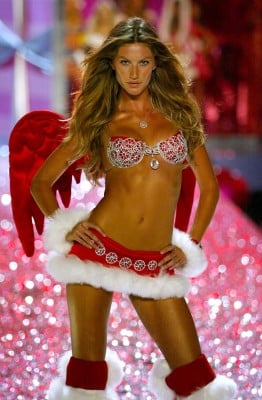 2005: If people didn’t know who Gisele was before the 2005 Victoria’s Secret Fashion Show, they definitely knew afterwards. Gisele’s opening of this iconic show with her little red devil wings and a multi million dollar fantasy bra is one of the best runway moments in history. It’s the epitome of the supermodel-walk. 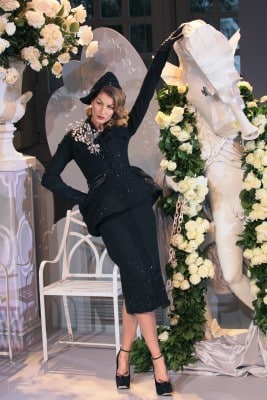 2007: One of John Galliano’s best runway shows for Dior, the 60th anniversary of Dior, was of course opened by Gisele who walked down the runway at the Orangerie in Versailles in a black suit inspired by one of Dior’s first creations from the 1940s. 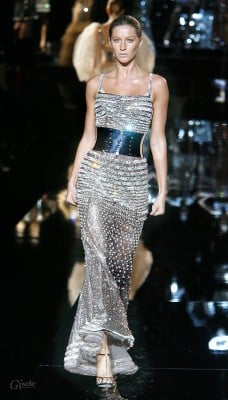 2007: In the same year, Gisele opened another iconic show in an another iconic look, the metallic bustier dress by Dolce&Gabbana. It became one of the most popular dresses of the season and was seen numerous times on the red carpet and in music videos, such as Leona Lewis’ ‘Bleeding Love’. 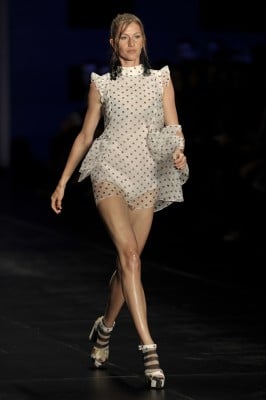 2010: Fast forward three years and Gisele had not only married Tomy Brady, but also given birth to their son Benjamin. Only 6 months later, Gisele returned to the catwalk looking better than ever, making new mums all over the world jealous. 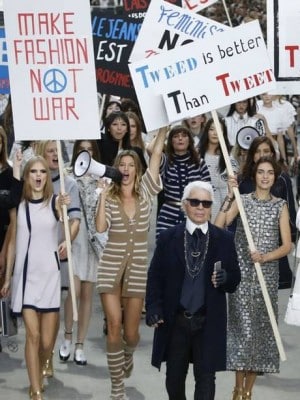 2014: In 2014, Karl Lagerfeld became slightly obsessed with Gisele and made her the face of Chanel No5, chose her for several campaigns, and of course also let her open his Chanel fashion show which was staged as a protest for equality. Gisele lead the way with her megaphone in head to toe knitted Chanel. 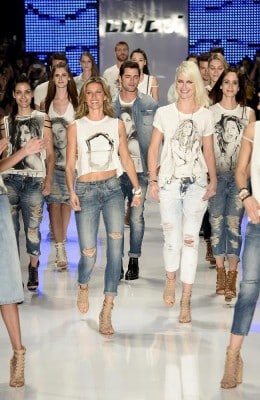 2015: All good things must come to an end. Gisele strutted her stuff down her last runway accompanied by other models wearing t-shirts with famous photos of Gisele on them. I guess you can never have enough Gisele.