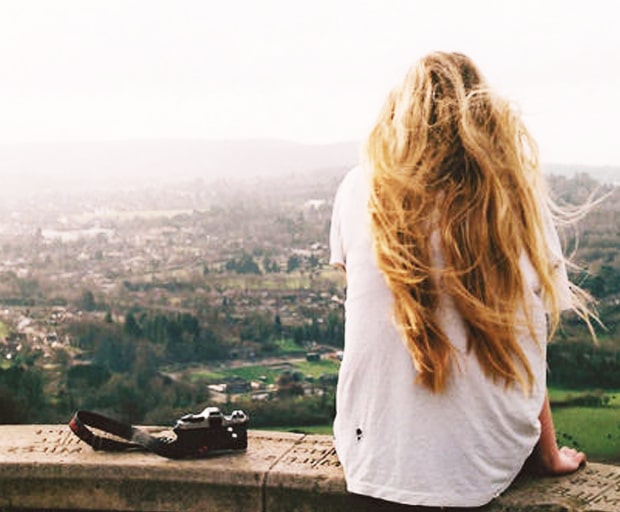 Love isn’t what I used to think it was.

Near the end of my marriage, when my husband and I were half-heartedly going to therapy and I was secretly, nervously, excitedly planning my new life, I remember something he said to me, as we stood in the kitchen talking one night after the kids were in bed.

“I never thought you were the one for me.”

There it was – the very thing I’d suspected for the entire decade we’d been married, plus the two years before that. The whole time, it had nagged at me. My gut always sensed something wasn’t exactly right – that something was missing between us. And finally, he’d admitted it. He was just never that into me.

Of course, there were other reasons my marriage ended; reasons I don’t find myself pondering or questioning. I don’t regret getting divorced. But I do wonder if that final straw – finding out my husband had never been head-over-heels in love with me, that he never felt those crazy butterflies you’re supposed to feel in the beginning of a relationship – really should have made so much difference.

I’ve always been the one who loves more in my relationships; if I met a man who was too sweet and sensitive, who treated me too well, I was completely turned off. On some level, I always wanted to be worshiped and adored, but in reality, I couldn’t handle it. It turned my stomach.

In every romantic relationship, at any given time, one person is always in deeper than the other – and the one who’s not as far gone holds all the cards. My current boyfriend calls it ‘the principle of least concern,’ and we joke about which one of us has it at the moment. When I met him, after my divorce and a nightmarish toxic relationship with an abusive boyfriend finally came to an end, I had to come to grips with whether or not I could actually be in a relationship with someone who treated me well.

Here’s the thing about love: the real thing isn’t a feeling. It’s an action – or rather, a series of actions. We’ve been raised on so many Disney princess movies and romantic fairytales that we get pretty confused about what real love is supposed to look like. And if, like me, your parents didn’t provide a model for what a healthy relationship should look like, you start to think all that matters is those butterflies.

We keep chasing that magical chemically-induced, pheremonally-linked feeling that we’re walking six feet off the ground, when really, that’s got nothing to do with the kind of love that will see you through to your golden wedding anniversary.

“Real love…lives beyond thoughts or feelings,” writes therapist Sheryl Paul. “You probably don’t always feel loving feelings for your mother or father or best friend, but you know you love them.” Paul says loving someone means “showing up in concrete, tangible ways for the relationship, even when it’s difficult.”

And those butterflies I always thought were evidence of love?

“There’s nothing drug-like or euphoric about real love,” writes Paul.

“On the contrary, it’s grounded, honest, stable, and authentic. The deeper place inside of you knows that to commit to your partner is a loving choice, and so you act in loving ways, even when you don’t always feel loving.”

Reading that makes me wonder – did I really love my husband more than he loved me? I always said I was crazy in love with him, while he was tepid about me. But it was me who left. It was me who stopped acting in loving ways; who stopped being committed to our marriage. These words of Paul’s particularly sting: “It’s a tragic reality that far too many people walk away from solid, healthy relationships with partners that they truly love because their experience doesn’t match the cultural expectation.”

I’m glad I’m not in that marriage anymore. But I feel sad when I see sweet old couples together, people celebrating 50th anniversaries, old folks tenderly holding hands, people who’ve been through everything together – and I know I’ll never have that.

That’s why I recently came to the conclusion that giving up on love is the key; or at least giving up on ‘love’ the way I used to think about it. Because real love isn’t butterflies and fireworks, and it’s not Richard Gere climbing up the fire escape to Julia Roberts with a bouquet of roses in his teeth. It’s putting up with all the sucky things about being in a relationship, and still showing up day after day, even when you really don’t want to.

It’s not for everyone. And maybe it’s not even for me. Maybe I’m not cut out to have a partner in this life. I guess the jury’s still out. But for now, I’m content with my kids, my cat, and my boyfriend – who says he loves me, whatever that means.