Last week, Google Chrome launched the Just Not Sorry app. It’s a plug-in for women designed to highlight diminutive or apologetic language in emails before they are sent, and gives reasons why these words undermine the underlying message or request.

Created by CEO of Cyrus Innovation, Tami Reiss, and inspired by the writings of Tara Mohr, an expert in women’s leadership and wellbeing, over 5000 people have already downloaded the nifty add-on.

So why the app? Well, let’s face it, women do tend to apologize for themselves more than men. There’s actually research to prove it. However, it’s not for the reasons you think. According to a study conducted by University of Waterloo in Ontario, Canada, men aren’t less likely to admit wrongdoing, they just think they do less things wrong.

“Men aren’t actively resisting apologizing because they think it will make them appear weak or because they don’t want to take responsibility for their actions,” says doctoral student in social psychology Karina Schumann.

If you really pay attention to the way your girlfriends speak (especially in male company), you’ll notice the word ‘sorry’ slip out far more than is necessary. We apologize for being sick, starting a conversation, ending a conversation, hell, we even say an anxious, “Pardon me!” to the idiot who pushed in front of us in the coffee line.

The same applies to our written communication. Here’s a challenge; open up your emails, click on the ‘Sent’ folder, and pick out any email with some sort of request in it. Then count how many times words and phrases like ‘sorry’ and ‘if that’s not too much trouble’ appear. Add to that the prolific use of the exclamation point and you’ve got one helluva timid mess of a message.

Funnily enough, it’s not just those of us battling through the corporate ranks guilty of chronic apologizing. Even the most accomplished, educated, confident women do it. Comedian Amy Schumer does an absolutely brilliant parody of this laughable double standard. Schumer plays a guest speaker at a ‘Women In Innovation’ conference, along with a group of fellow esteemed women including Nobel Laureates and CEOs. Rather than reveal how fabulous they are, these women fervently say ‘sorry’ for progressively ridiculous reasons, including their male host spilling hot tea on them.

It seems no matter what we do, or what we achieve, we never feel good enough about ourselves to royally own it. It doesn’t help that when we don’t assert our demands passively, we’re labeled as unfriendly or ‘bitchy’ (ugh). Considering this hot mess, it seems inevitable we contribute to our own downfall.

This is where the Just Not Sorry app rears its gorgeous head. If you’re anything like me, not only are you uncomfortable with sending a demanding or assertive email, you actually feel guilty about it. Those diminutive words flow like rain in the tropics, and seem almost beyond your control. However, receiving constant indication of their use, and most importantly, reasons why they dilute the message, might help women immeasurably.

Regardless, there are some strong arguments against the app. Feminist writer and blogger Jessica Valenti told her Twitter followers the app is just another way of policing women’s voices to suit the environment they’re forced into, tweeting, ‘New app helps women stop saying “just” & “sorry”…Where’s the app that stops people from judging the way women speak?’ 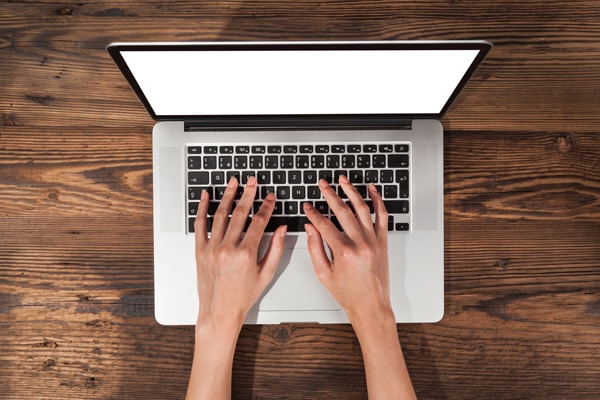 In an ideal world, this would be wonderful. However, in spite of the progress women have made over the last ten years, society is still very much digging in its heels. So why not use an app, everyone’s fave method of productivity nowadays, to hurry the process along?

It will probably be another hundred years at least before we achieve some semblance of gender parity, and even then, probably only in Western society. Surely a constant reminder to trust our instincts in our emails can only be a good thing. Reinforcing positive behavioral patterns never did anyone any harm. So good job, Google Chrome. Forget the melting pot of feminist issues slashing their claws at each other, I’ll happily download and enjoy Just Not Sorry ASAP.

Emails, come at me…

Images via melsanv.com, tumblr.com and twitter.com.

Comment: Would you use Google Chrome’s Just Not Sorry app?