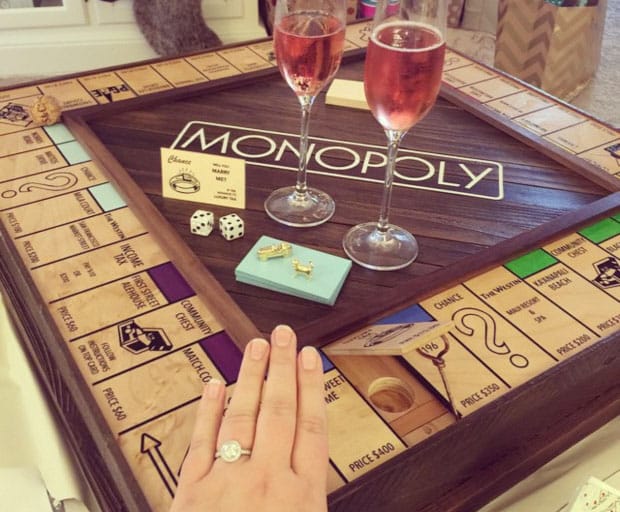 If you’re a hopeless romantic like myself, prepare to have your heart strings tugged and your faith in chivalry restored.

One Reddit user by the name of Justin, recently asked for his girlfriend’s hand in marriage through an epic game of engagement Monopoly and spilled the deets with fellow romantics on the site this week.

The catch is, this wasn’t any old game of Monopoly, Justin had the board custom-made for the special occasion, before gifting it to his true love as a Christmas present, choosing the game because – sigh – it was his girlfriend’s fave pass time, and inviting her to play it with him that day. 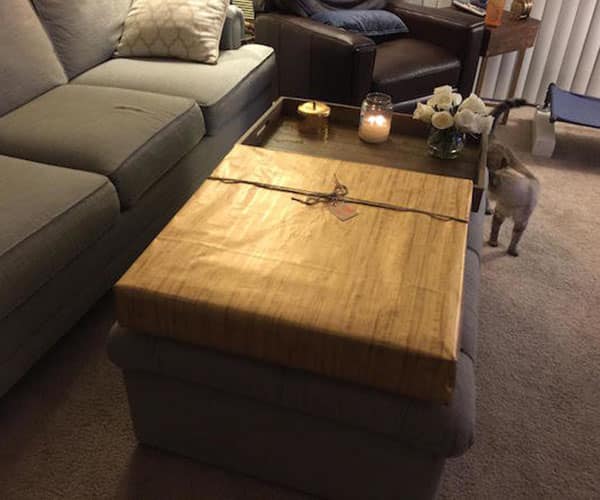 Taking the romance to new heights, Justin designed every place in the game to represent a time that held a special meaning to him and his true love, including where they met, where they had their first date, the streets they each grew up on and some of their favourite places to visit in California. (Could this guy get any more swoon-worthy if he tried?!) 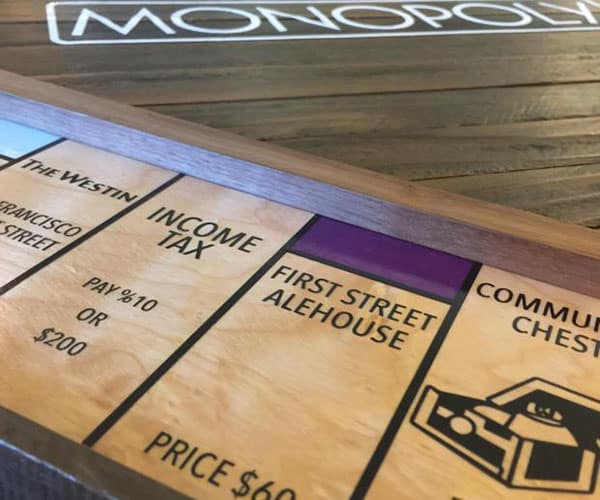 The pieces were custom made, including the dice – one had all 3s and the other all 4s – because in order for his girlfriend to land on Chance, she needed to role a seven. (Clever boy…) 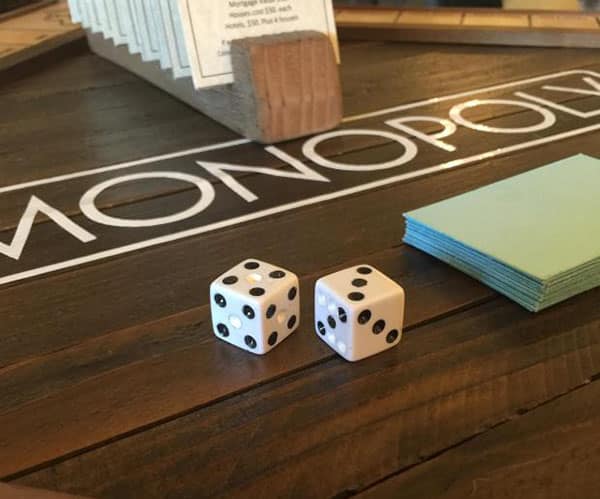 Our clever beau even hand-crafted a homemade rule book… 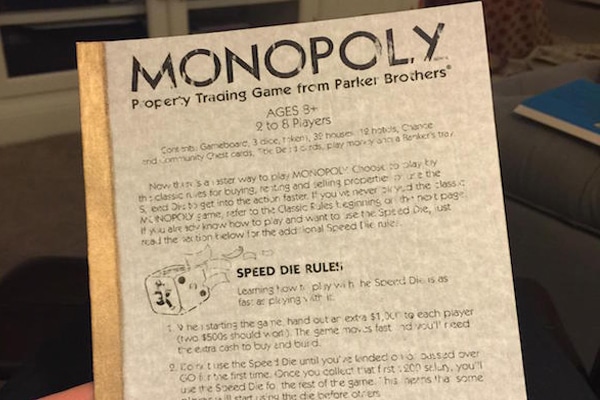 And lovingly made every single card on his home computer… 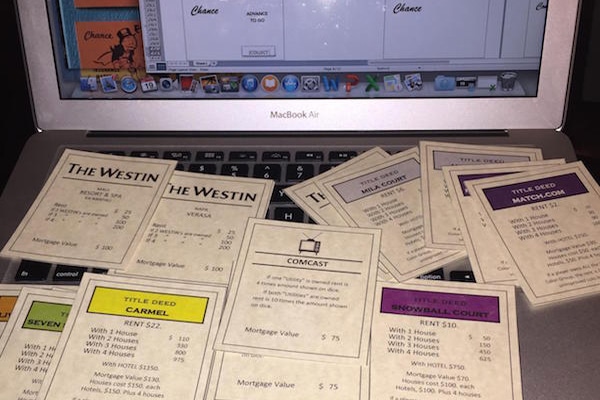 Did I mention he had the entire game board carved from scratch? 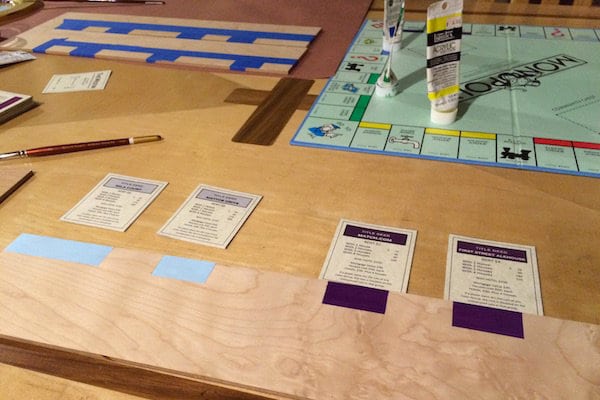 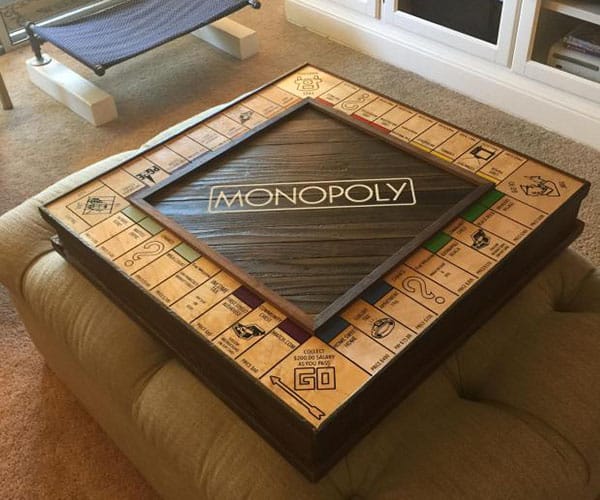 If that’s not enough to make you weep with envy – I mean, cry tears of joy – when Justin’s boo finally picked up the Chance card, it read: “Will you marry me? If yes, advance to Luxury Tax.” The modern day Romeo then got down on bended knee and asked for his fellow player’s hand in marriage. 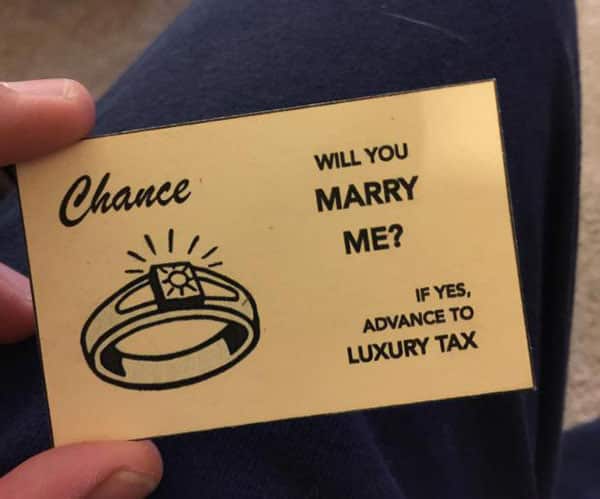 Luckily, being an intelligent woman, she said yes – because what girl with a beating heart could say no to that?!! – and advanced to Luxury Tax square where she found a SECRET TRAP DOOR (I’m seriously not making this up!) hiding her dazzling diamond ring. 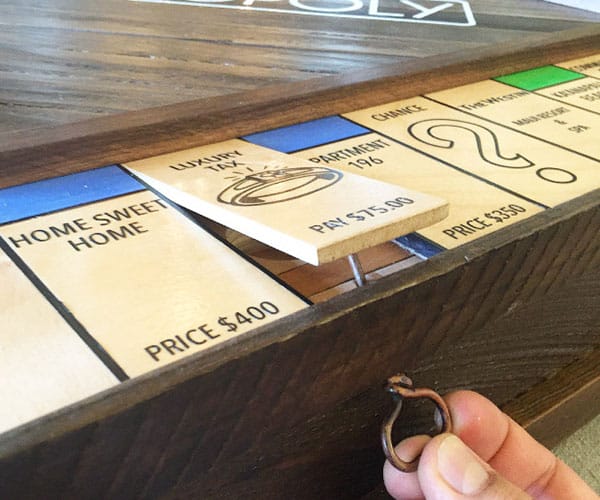 “It took a lot of planning, but I enjoyed every second of it. I’ll never forget that day,” Justin revealed. 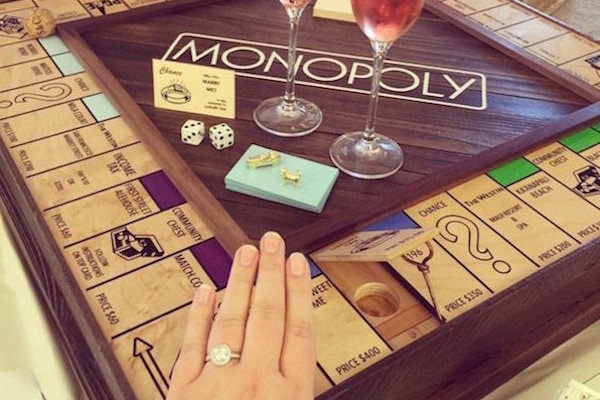 To all my potential suitors out there; it’s time to lift your game. I hope you’ve been taking notes.

Tales Of A F*ckgirl: How An Avocado Led To The Hottest Sex Of My Life

These Questions Will Reveal Everything About Your Relationships