A Guy Telling You What To Wear Isn’t Cute, It’s Controlling

A guy’s opinion of what I put on my body is complete BS.

I used to think it was cute when a guy would tell me to “cover myself.” I thought that showed he cared.

Then, my 25th birthday came around, and I had an epiphany that a guy’s opinion of what I put on my body is complete BS.

About 15 of us excitedly headed out to the Sugar Factory to celebrate. Being me — and the birthday princess — I wore a silver bedazzled tiara my friends had gifted me for my 20th birthday that I have worn every year since. I also decided to slip on a pink crushed velvet dress that Charlotte Russe delivered to my door a few days earlier. I hadn’t tried on the dress until the day of my big dinner.

Now, I’m a petite woman. I stand 5’1, but having been blessed with my mother’s genes, I also front D cup breasts. Since I’m small, I bought an extra-small dress. This turned out to be a mistake because my boobs are anything but extra-small. It seemed like I had been sewn into my dress. I looked hot, but my boyfriend at the time had his own opinions about my look.

After my friends got me wasted on the strongest fishbowl drink the Sugar Factory has to offer, the Mai Tai, it was time to go home. My bae and I went back to his apartment.

Then he started telling me how embarrassed he was to be seen with me that night.

“You represent me,” he said as I raised my left eyebrow and shot a confused, angry frown in his direction.

“I’m beyond drunk right now. It’s my 25th birthday, and I’m dr-drunk, and it’s not right that you’re saying these things to me while I’m under the in-influence,” I slurred to him.

“Let’s talk about this tomorrow.”

The next day we didn’t talk much about what he said. I explained that I had just tried on the dress the day of my birthday and justified my decision by saying that I had no choice but to wear it. 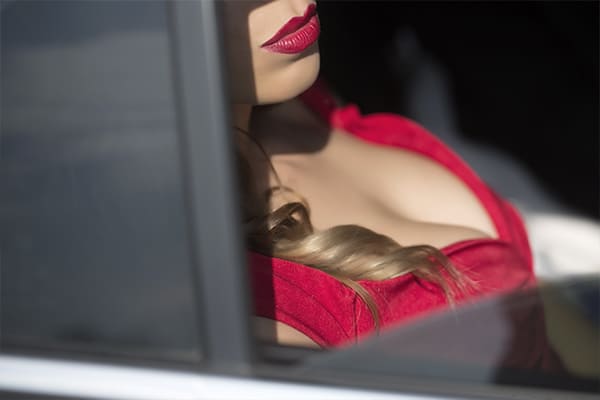 Maybe the dress was a little small, but I looked good and was happy wearing it. Even though my friends teased me about how big my boobs looked, they were supportive of my decision to wear the outfit.

Meanwhile, this bozo I met just a few months ago had waved his finger at me like a father disciplining his five-year-old kid.

I told him it was my fault because I should have tried the dress on beforehand or wore something else.

But this was a lie. I wasn’t sorry.

It’s taken me years to appreciate my body. There is nothing wrong with wanting to show it off.

His manipulative behavior set off alarm bells. He had waited until I was away from my friends to scold me. Even if he had been jealous of other people checking me out, he could have approached me with respect, and we might have had a real discussion.

I now know that the right man would have done the right thing, which is to support his girlfriend and be proud of her on her big day and not shame her for how she dresses.

That old boyfriend of mine broke up with me a week later (probably because I started saying “no” to other things he wanted me to do). But if my earlier self had the same confidence I have now, she would have been the one dumping his lame ass. Because not only did he try to control what I wore, he also tried to control what we did, watched, and ate. He had to have everything on his terms — a real dream guy, am I right?

Now, I never let a guy tell me what I should or shouldn’t wear. If he does, that means he sees himself as the real estate agent of my body, and that’s not cute — it’s controlling.

Comment: Have you ever had a partner tell you what to wear?

Slut-Shaming And Modesty-Shaming Are Equally Poisonous
Makeup Gets Sexist. We Are Shocked (Not).
Sex, Shame, And Sex-Esteem: Unlearning Harmful Attitudes Toward Sexuality