How To Handle Having A Crush On Someone At Work

Ah, the office romance! That tingling feeling you get when you walk in and see your potential paramour busy at his desk is all too familiar to most of us.

The looks, the racing pulse, the constant um-ing and ah-ing over whether they like you is enough excitement to make even the most loathesome job bearable. And if you love your job, you’ll arrive even merrier that usual, and confront 5pm with a greater sense of anti-climax. Even that ten second conversation you have in the break room about how great the weather’s been will seem like an eternity, and provide food for thought for hours longer than is necessary.

Fancying someone at work something fierce is not necessarily a bad thing. After all, 15 to 20 per cent of people meet their spouses and life partners at work. However, the awkward tension created by an office crush, especially if it’s not reciprocated, can be incredibly destructive in a working environment.

“Whilst it’s incredibly common for people to meet their eventual life partner in the workplace, the road to this ‘happily ever after’ is often strewn with tales of office romances gone wrong,” says HR manager, Geraldine Brown.

“Emotions can mean personal feelings can get in the way of how we might each normally manage day-to-day work scenarios and projects.”

I knew this guy at work once; a stunning James Franco sort of lookalike with large, luscious eyes. He was smart, funny, friendly, all the usual clichéd things that are the catalyst for an insane crush. I was besotted to the point of speechlessness (and if you knew me, you’d know that’s pretty hard to achieve).

Even with my back to him, my heart would race whenever we were in the same room. I couldn’t concentrate. I got behind on my day-to-day tasks, and ended up spending multiple nights working until the wee hours just to stay on top of everything. This, of course, resulted in exhaustion the next day, making me even more unproductive.

But I didn’t give two hoots. I was absolutely besotted, and I liked it that way. As you’d expect, I spent an unhealthy amount of time pondering whether or not he liked me too. Every little look we shared was dissected like a frog in ninth grade biology, even if it was just an awkward glace when deciding who got to use the printer first. If he brushed my hand when we reached for the same coffee mug, I felt dizzy, and mentally insisted it was wholly deliberate on his part. It was the definition of psychological torture, but like a true masochist, I reveled in it. 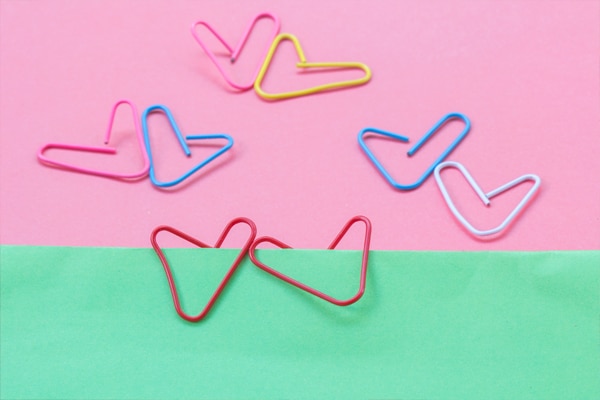 Finally, I could stand it no longer. The work quarterly party was coming up; a perfect opportunity to make my move. We began talking and got the conversation flowing without a shred of awkwardness (probably a result of the cosmopolitan I was drinking). It was nearly time to strike. However, just as I was preparing to go in for the kill, something unthinkable happened.

“Hey,” he murmured, suddenly quiet. “You wanna get out of here?”

I was stupefied. Utterly schtumped. This guy, who I had many a fantasy over for a thoroughly toxic amount of time was by some miracle of God propositioning me?! My head started spinning. Holy. Effing. Hell. This was by far the greatest hand I had ever been dealt. It was like the universe was saying, ‘Hmm, you’ve been a good girl lately; here’s a treat. Do with it what you will!’

Together, we surreptitiously grabbed out bags and jackets, and slunk off towards the door. Back at his apartment, it didn’t take long for the horizontal tango to royally commence in all its primal glory. And it one hell of a ride. The next morning was perfectly chilled. I got dressed, we kissed each other goodbye, and off I went on my merry way, conquest absolutely accomplished.

Work, however, was another story. The minute I walked into the office that Monday, I sensed a change in the air. My office bestie threw me a knowing grin when I sat down at my desk. I returned the look pointedly, casually leaning towards her.

“Who else knows?” I said. There was no dancing around it.

“Pretty much everyone,” she replied, her smile broadening. “I mean come on, we all knew you guys were hot for each other, and we saw you leave together.”

From that day onward, the work dynamic was decidedly different. Although my hook-up and I were pretty okay with each other (neither one of us is an awkward person), the rest of the staff were not. We both copped everything from giggling in the corridor, to snide remarks in the bathroom, to barely-veiled slut-shaming, directed at me of course.

Who knew school continued well past the bounds of adolescence?

It calmed down eventually, but the whole drawn out process really did affect how we both worked, and how everyone else worked around us. There were certainly better ways of handling it, and I really wish I’d thought it through properly before diving in the way I did (although the rumble tumble was definitely worth it).

However, Brown wouldn’t entirely discourage approaching a crush in the workplace.

“I’ve seen so many people meet their person this way, even my parents worked together for over 30 years,” she says.

“The key is that if you do approach someone, and the feelings are reciprocated, you should have an upfront discussion about how you plan to behave in the workplace, and make sure you live by the guidelines you set out. Equally, if the feelings are not reciprocated, take a walk outside, re-group, and be the bigger person. It will only harm your own abilities to focus at work and perform if you don’t just let it go.”

Having a crush in the workplace can be fun, titillating, and even result in something wonderful. However, it’s important to take a step back at some point and examine the situation for what it really is. Use your better judgment, you know instinctively when something will work and when it won’t. Essentially, if you keep a cool head, you’ll keep a cool work environment. Just make sure you’ve thoroughly thought it out and decided your work crush is worth it, because once you go there, there’s no going back.