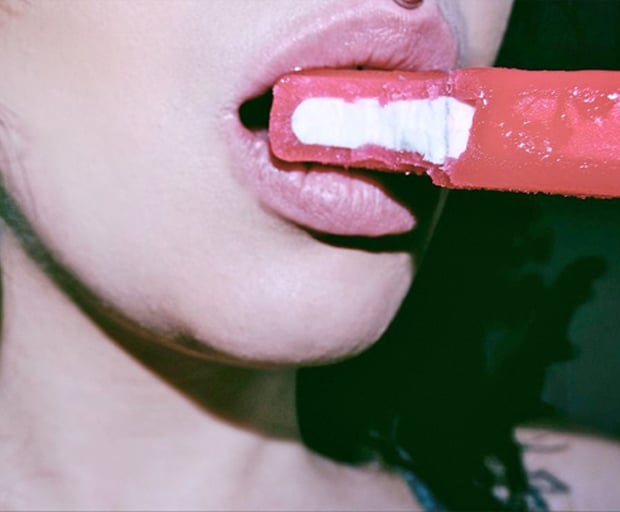 Someone had to say it, right?

I told him he had a small penis… Well, if you’re looking for accuracy, I actually told him that his junk probably couldn’t hit my sexual “spot” — which isn’t much better, I suppose.

For the record, the equipment on my month-long friend-with-benefits was a perfectly acceptable size and shape. And yes, I knew exactly what I was doing when I blurted out my verbal castration. It probably wasn’t my brightest moment with the opposite sex.

But this Matt Damon-esque hottie, who was by far the most attractive guy I’d had sex with thus far, had pissed me off so royally that the only suitable comeback was to attack his nether region. I knew that insulting his little soldier would be the ultimate ego-crusher for a guy who had boasted about his man-whorish past. Cut me some slack; I was angry.

My outburst hammered the final nail in our little hookup’s coffin, as my boy was completely distraught by the idea that his penis possibly wasn’t the massive instrument of sexual pleasure he had imagined. He would later tell me that on top of frantically Googling and Wiki-ing average member sizes, he carried the uncertainty of his manhood into his next relationship (and it certainly didn’t help that his next girlfriend made a small penis quip, too!).

But how could the most alpha dog, self-assured, cocky male be completely emasculated by any hint that his junk wasn’t up to snuff? Why are men so sensitive about penis size?

Dr. Russell Eisenman, an associate professor of psychology at the University of Texas-Pan American (who conducted a study showing that women were more satisfied by penis width than length) believes that it has a lot to do with symbolism.

“Cultures value the penis as a symbol of maleness, strength, and potency, so to be insulted about one’s penis is probably seen as a threat to all of these things,” he said. And it’s not only women who judge. “Men may value it and its size more so than females [do].”

From Kate Hudson dubbing Matthew McConaug-hottie‘s member “Princess Sofia” in How to Lose a Guy in Ten Days to John Mayer comparing his one-eyed snake to a white supremacist, the penis and its size are constantly pushed into our consciousness. Kate Gosselin embodied every man’s worst penis nightmare when she likened Jon Gosselin’s member to that of a 9-year-old boy, and tweeted pictures of his teeny-weeny wang (compared to her vitriol, my penile faux pas seems not so bad).

The problem is no doubt made worse by the fact that the male anatomy isn’t nearly as quantified as the female, and many don’t accurately know how long their penis is or how it relates to other men’s.

According to the Kinsey Institute (and Wikipedia), the average erect schlong is between five and six inches. This opens the door both to mystique and doubt, something women don’t have to deal with since people have dissected, calculated and commercialized their sizes (there’s no Victoria’s Secret for jock straps).

In an article on penis size, columnist Jack Murnighan admits that he’s “gone through the gamut of perceptions” regarding his endowment.

“[But] as the apparatus itself never really changed, these opinions obviously have more to do with my sense of self and my relationship to my own sexuality than anything you could measure in inches.”

He concludes, then, that the penis for a man is “a consolidation of his sexuality as a whole. No wonder we worry.”

Another man I spoke to, whose ex-girlfriend had made a joke about his penis while they were still dating, said that “despite her insisting that it was 100 percent meant as a joke and not true, it still struck a chord. I think most guys are a little self-conscious about it, so even a tiny jab can open up a big area of self-doubt.”

Apparently, it’s so bad that men are less likely to buy condoms in their actual size if they fall on the lower end of the endowment spectrum. This has prompted manufacturers to consider labeling condoms size “large” and up — might I suggest “grande” for small, like at Starbucks? — so men aren’t bashful about buying the smaller sizes.

All I can say personally is that my former beau and I eventually became good friends, and he told me that my comment seriously screwed him up. I assured him that his disco-stick was perfectly fine, but he still had doubts.

I felt bad. I hadn’t meant to crush his ego, just deflate it a little. In the future, will I strike below the belt? Probably not, now that I know they’re more self-conscious than we think.

Comment: Would you ever tell a man the truth about his penis size?

The Truth About Whether Penis Size Actually Matters To Women.
7 Seriously Bizarre Things You Never Knew About His Penis.
This Country Has The Largest Average Penis Size.