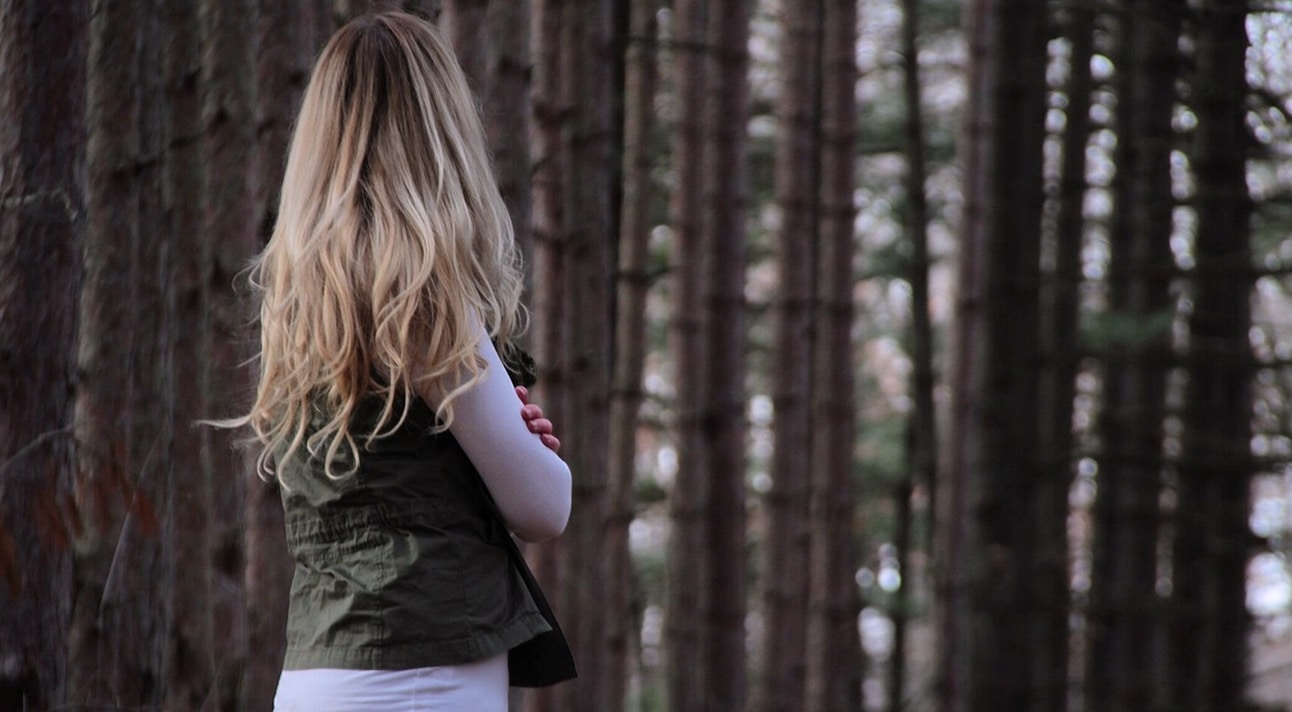 13 Ways To Be A Good Partner To Someone With Anxiety

I’m learning to accept that I can’t have them as close as I’d like.

I just broke my own record for the longest and toughest breakup of my life.

Eleven months, fourteen days. They were like no man I’d ever dated. I say “they” because there were three of them. This was a different kind of relationship, and I don’t mean a ménage à quatre.

I called it quits with my trees, and I’m not quite sure how to get over a breakup like this. It’s not like they treated me like dirt or shared sultry photos of me on Snapchat. But they did break my heart, just like many men before them.

Last month’s one-year anniversary of the Tubbs Fire in Santa Rosa, California has me thinking more deeply about my evergreen loves in Fountaingrove and how we’ll live together again someday.

I always looked at my trees as part-heritage, part-art, part-utility. There were about 70 trees on our property before the fire — a mix of live oaks, bays, and firs — a few of which had survived the Hanley Fire of 1964.

My house was designed around three of those trees. My husband and I saw their scars. I believed it was our duty to protect them. But it felt as if they were protecting us, too. They were our elders. They were also the shepherds of shade for a hilltop house that took a beautiful but heavy hit of sunshine every morning.

Our live oaks brought character to our lives. Their lumbering arms scraped on our bedroom windows on windy nights. Their fallen acorns kept my dog entertained for weeks — an endless river of tiny balls to fetch. Their dripping sap on the kitchen steps made entry and exit a game of dodging sticky land mines every fall.

The day residents were finally allowed back into the Fountaingrove neighborhood after the Tubbs Fire on October 21, 2017, I started to see those trunks and limbs in a different light.

First, I looked at them with sympathy and sadness — their bodies black and charred, their leafy fingers turned into a skeleton of gray twigs. My favorite moss-covered bay trees had fallen into their own shallow graves.

But for those three oaks still standing around my house, their limbs spread out around the corners of the home like big arms giving a hug, they no longer felt like family, no longer characters in our daily lives.

I could see their black branches touching what was left of our partially burned house. If the firefighters wouldn’t have arrived and sprayed water on the giant split-trunk oak burning between our house and the garage inferno, the house probably would have totally burned down.

I saw my trees’ true colors that day. They were liabilities — the kind you agonize over keeping in your life — like a boyfriend, friend or roommate who is just not worth the trouble of all the drama that comes with your relationship.

I waited around for months, stalling, hoping they’d become the tall, hunky boys I’d fallen in love with six years before. I didn’t want to believe it at first but last week, while staring at their blackened trunks and charred canopies, I finally faced the truth. It’s over between us.

My blind love for those tall boys, and the laws around cutting down heritage trees in our town, had made me oblivious to the rules of a proper defensible space in fire-prone area for many years. Those days were behind me.

This breakup is different than the dozens before it. There will be no one, no thing, to take their place. There will always be a void where they once stood. Because once you’ve gone through a fire, once you’ve dealt with the loss, you realize how those beloved trees snuggled up against your house contributed to the destruction.

This is the new normal for my relationship with other trees. I’m learning to keep my distance. I’m learning to accept that I can’t have them as close as I’d like. Even if I learn to trust them again, I now know the rule. Their longest branch can be no less than 10 feet away from my bedroom window. It almost feels like a restraining order against a crazy ex, but at least I’m in control. I set the distance.

Two weeks ago, as the anniversary of the fire approached, I said my final goodbyes. I listened to the buzz of my husband’s chainsaw, hacking away at the lifeless timber. He chopped the biggest, blackened trunks into oblong pieces and dragged them into piles with a Jeep winch.

I looked down at the dismembered oaks on the ground and thought, “I’m the Jeffrey Dahmer of trees.” My husband might have been the executioner, but I called the hits, like a Mafia boss.

I guess I’m no longer a tree hugger. Is there a support group for people like us? I studied ecology in college for two semesters and geeked out on the goal of learning the scientific names of 50 native plants. (Who else loves saying Simarouba Glauca?)

My husband and I have designed and planted two large yards over 14 years together. Our garden was featured in the 25th Annual Santa Rosa Medical Association Alliance Foundation’s Garden Tour a few months before the fires.

Hundreds of plants and trees called my yard home. Only two Salvias, a Baptista, one Canna Lilly, one Bulbina, five Australian stars, and a few succulents survived the flames, sprouting new leaves from the blackened earth last spring. The trees? They’re still toast.

I will build a new garden. I will plant flowers. I will plant trees. But those trees, kept at a safe distance, will always be a reminder of our shared vulnerability in the face of fire.

My broken heart will heal, but it will always carry a scar. This breakup really burned me.

How To Give A Hand Job And Make Him Come