If you’ve been accused of sexually assaulting and harassing over 70 women, you should have to answer for it, regardless of who you are.

While this statement is logically, lawfully and morally correct, I have to admit that when the numerous allegations came out against the Hollywood producer, Harvey Weinstein, in October last year, part of me was skeptical that anything would happen to him.

I thought this, once again, would be just another case of powerful men getting away with sexually abusing women, with nothing more than a few weeks worth of news stories, a statement to the media explaining his side of the story, and a trip to rehab to ‘work on himself’ before everything would go back to normal.

And things could have very well gone this way. Weinstein denied the allegations against him, even though the victims kept coming forward and the stories were eerily similar to one other. He did indeed check himself into a rehab center, citing sexual addiction as the cause for his admittance.

But even though Weinstein clearly hoped his fall from grace would follow in the footsteps of those predatory men who came before him and got away with it, he wasn’t so lucky.

The allegations against him inspired the #MeToo and #TimesUp movements, and there has since been a shift in how society deals with claims of sexual misconduct. Women feel safer than ever to come forward and talk about their experiences with sexual assault and harassment, and the men who have abused women aren’t getting to walk away from it scot-free anymore.

When he was kicked off the board of his own company shortly after the allegations came to light, it was such sweet schadenfreude. 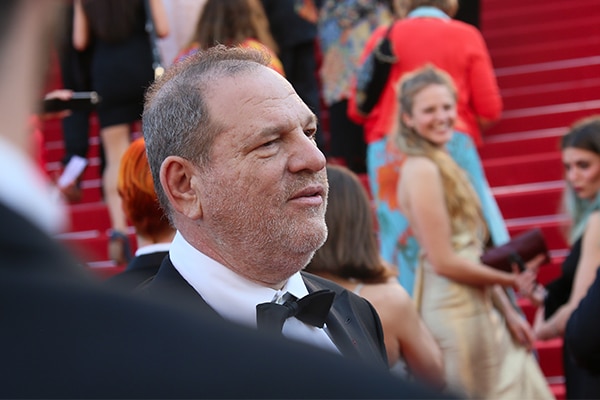 When a group of women purchased his company with a vision to turn it into a female-led film studio with a mission to support victims of sexual assault, it filled me with a sweet kind of pride.

And now, the state of New York, where many of Weinstein’s accusers say their assaults took place, has filed a lawsuit against Weinstein, his brother Robert, and the Weinstein Company for civil and human rights violations. As a woman, and a victim of sexual assault myself, seeing a man of his power held accountable for the damage he has done is incredibly important.

New York Attorney General Eric Schneiderman, who filed the lawsuit, has said each of the parties he has called out had knowledge of Weinstein’s misconduct and did nothing.

“As alleged in our complaint, The Weinstein Company repeatedly broke New York law by failing to protect its employees from pervasive sexual harassment, intimidation, and discrimination,” Schneiderman said in a statement.

So, not only is Weinstein being held accountable for his mistreatment and abuse of women, but those who sat by silently and did nothing to stop it or help his victims will also be punished.

And so they should be.

Sexual assault and harassment don’t always occur in a secret, secluded bubble, especially when the abusers are people in positions of power. A lot of the time, people know what is happening, and stay quiet and thus complicit, allowing the violations to continue for longer, causing more women to become victims, and allowing men like Weinstein to feel like they’re invincible.

Schneiderman’s office has completed a long investigation against Weinstein and his company, and found this culture of secret abuse was rampant; the Hollywood mogul allegedly kept a group of employees on hand to assist with his exploitation of women, telling them to meet with potential ‘conquests’ to promise them employment if they gave in to his advances.

And yet, Weinstein still maintains his innocence, which is why lawsuits like this one are so crItIcal.

Too often, cases of sexual misconduct against powerful men go nowhere – victims don’t press charges, or lawyers settle things outside of a courtroom by offering money, which is much less traumatic for a victim than sitting in the witness box and recounting what happened to her. And, most problematically, those people behind the scenes who assisted in the abuse through non-action aren’t given a second thought.

But not this time.

The Weinstein case was so groundbreaking in the sheer number of victims and the cultural shift it has inspired that powerful men don’t have the privilege of getting away with abusing women anymore. Between this lawsuit against the Weinstein Company and the recent Larry Nassar sexual abuse trial, one thing is clearer than ever; if you’re a sexual predator, we’re coming for you.

You can’t hide in your $58,000 rehab centers, use your money to keep victims silent, or brush it under the rug with a half-assed apology or denial.

Because, even if the victims don’t pursue legal retribution, someone will come for you.

In this case, it’s the state of New York thirsting for justice. And God, I hope they get it.

Comment: What do you think about the Weinstein scandal?