Why I Hate Relationships And Love Singledom

There’s nothing worse than driving the safe road because you’re afraid of the one less traveled.

The pressure to pair up has been prevalent in society since the dawn of time. In the days of the cavemen, it was almost solely for the purpose of procreation. Nobody bugged you to set up an Okay Cupid profile, or made the first move via the horribly impersonal text message. Most importantly, a woman’s self-esteem was not dictated by whether or not she could attract a mate. In the primal world, that happened according to chemistry, and when the time was exactly right.

Nowadays, pairing up has become less a matter of procreation, and more a means of flaunting your perceived desirability. Regardless of the push for female autonomy, we still beat ourselves (and each other) up if we haven’t managed to snatch a man by our self-determined monogamy deadlines.

Why is this? Is our self-worth still so inherently bound up in our sexuality that we truly believe our lives are irrelevant unless lived alongside someone else’s?

I’m sure anybody with eyes and the internet will tell you that’s definitely the case. We’re flooded with messages about body image, self-improvement, and increasingly more outlandish ploys to snaffle some sausage (swipe right, anyone?). I know way too many amazing women whose greatest source of paranoia is that they’ve had an ‘enormous’ two-month gap between relationships. Say what?!

I was put off the idea of being in a relationship pretty early in the game. After a string of disappointments, embarrassments, and the occasional scandal in my early 20s, I found it less emotionally traumatic to just embrace singledom. I watched my friends jump in and out of couplings. I saw them enjoying the euphoric highs in the inaugural stages, and then enduring the crushing pit of loneliness after the inevitable breakup. Although I questioned why they continually put themselves through such entirely avoidable pain, the answer was always, “It’s worth it because you always have that one person who is there for you no matter what.”

For a while, this idea of ‘one person’ sounded really appealing; somebody who would embrace my insanity, love my flaws, and tolerate the multitude of mental mess I have piled up inside my head. I began to berate myself for not actively seeking this one person out, for refusing to succumb to what I had been assured was better than living the carefree life of a single 20-something.

It seemed like such a no-brainer, so why was I unable to convince myself that this was what I wanted? One magical human being who would immediately bring absolution into my life…

And then it occurred to me: one person means, well, one person.

It’s not that I’m opposed to monogamy. What I’m opposed to is having one set of opinions, one attitude, one influence and one way of interacting. Only one way to learn all the lessons having multiple partners can teach you, and a constant imposition on the time you should spend inside your own head, with your own private thoughts and dreams. It all sounded so…limiting.

And it certainly can be in a very real sense. Numero uno; being in a committed relationship limits your options for travelling. You can’t just get up one morning and announce, “Hey, I’m going on hiatus to Spain,” and expect your partner to be okay with it. If you’re single, you can do just that (I know this because I actually decided on it the other morning; Madrid for three weeks, baby!).

The urge to merge can also limit your career, your pursuit of hobbies, and your self-improvement. Obsessive relationships in your early 20s can zap you of motivation to think and act outside the square before you’ve truly learnt what its like to make decisions on your own. I’ve seen so many friends fail to reach their potential time and time again because some guy didn’t approve of their particular passions. Or want to live in the city they did. Or go travelling. They were too in love to care.

Regardless of this pessimism, I had a good think about the pros and cons of being in a relationship vs singledom and became aware they were surprisingly pretty even (especially the regular sex with a boyfriend part). BUT, there was one thing on the list of single lady benefits I couldn’t ignore… Variety. 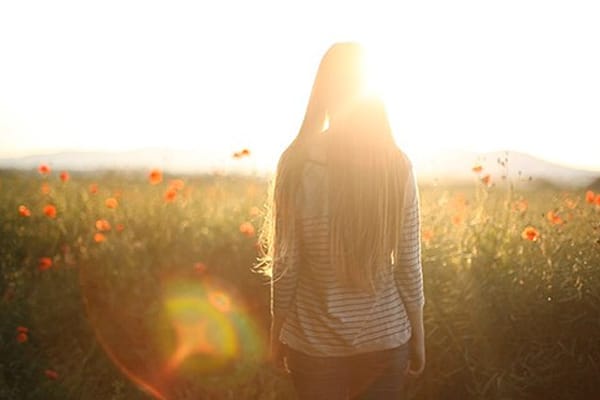 Never underestimate the value of variety in your life. It leads to great ideas, new ways of thinking, and incredible adventures. Sans liaison, you have more access to variety than you know. Depressed about being single? Sit down with a pen and paper and write down every choice you can make independently, which, in a relationship situation, would need the acceptance of your boyfriend. You’ll be surprised at the length of the list.

Don’t get me wrong; I’ve seen some wonderful examples of relationships that have really enriched and enhanced the lives of my buddies. Many have had happy marriages and kids before either partner is 30. However, I can tell you straight up that these cases are in the minority, and I hate witnessing the initial euphoria crumble to embarrassing despair, especially when said friends lock themselves into marriages in their 20s, settling down before they’ve had a chance to finish getting all the spontaneity, mistake-making, casual sex and self exploration out of their systems.

So here’s why I don’t give a hoot about being single: I like variety. I like trying new things without worrying about the repercussions. I like not being accountable to one other person all the time. I also REALLY like having sex with as many people as I want. Most of all, I like the fact that perpetual singledom has made me extraordinarily self-sufficient.

If you, really, really feel like you function better in a committed relationship, then who am I to stop you? But if you’ve been single for a while and are feeling mopey about it, re-read this article and remember how wonderfully beneficial it is to only worry about yourself for a while. And most of all, think long and hard if you’re tempted to throw yourself into a romance just for the sake of it. Or for the fear of what its like to be on your own for a while. Don’t settle or compromise who you are for a man; there’s nothing worse than losing your identity to a relationship.

I firmly believe that when the time is right, I’ll find that one person and never look back. But until then, I’m going to enjoy running all over the world, making risky but potentially amazing career choices, and accruing an enormous range of sexual experiences that make for fabulous conversation at every boring high school reunion. Singledom; I salute you.

Images via ldsdaily.com and youtube.com.