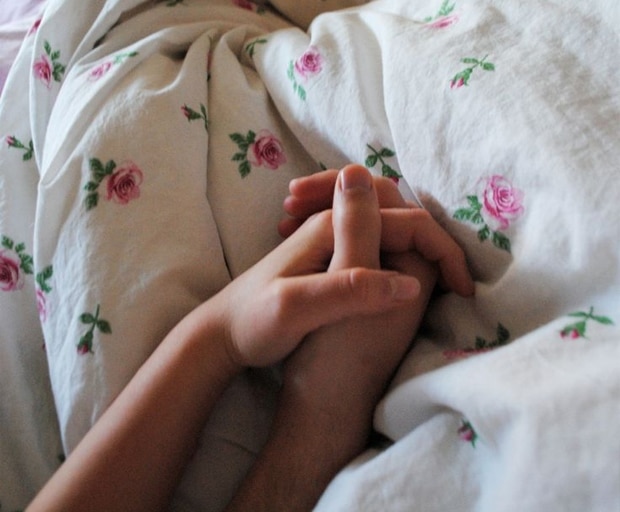 FDA Approves Injectable That Gets Rid Of Your Double Chin

It’s offensively wrong to paint an entire community with one brush.

The first time someone called me gay was in highschool.

My girlfriend and I were the only out queer couple in school and we got used to people referring to us as “the gay couple.” We’d both frown a little at the phrase, but it wasn’t something we’d want to pick a fight over, especially not in the early 2000s in a small Texas district.

I wasn’t sure how I identified yet, but my girlfriend knew for certain she was bisexual. She’d tell me how frustrating it was to have people assume that dating me suddenly meant she wasn’t interested in men – that her relationship with me meant she was a lesbian now.

I have other friends who’ve expressed similar frustrations when entering long-term relationships with members of the opposite sex, like who you’re with suddenly narrows the scope of your sexual identity. There are a lot of things wrong with these assumptions, the first of which is the use of the word “gay.”

The gay district, the gay pride parade, the gay rights movement, gay marriage – these are all terms we’re used to hearing, and are used by supporters and opponents alike when referring to the LGBTQ community. ‘Gay’ is often used as a catch-all term for anything from same-sex couples to lesbians to homosexuality, and it’s all offensively wrong.

The term “gay” means men who are attracted to other men. That’s it. Even Merriam-Webster agrees. So when you use it to discuss the entire queer community it’s the equivalent of saying “you guys” to a mixed gender group. Not only is it ignoring every other letter in our alphabet soup, it’s supporting a problem that’s pretty prevalent in our community: the ‘G’ is always more important, more popular, more commonly highlighted than any other group.

There are several reasons why this true, the most obvious of which take root in simple misogyny. For starters men, especially white men, make more money. They have more power, it’s easier for them to gain those visible positions than it is a woman or a non-binary person. Which isn’t to say their lives are easier – gay men are more likely to be targets of violence than lesbians, though that’s also rooted in the same misogynistic mindset.

Gay men are seen as feminine, and as we all know, girls are cootie-filled sissy-bags. This is also why trans women, especially trans women of color, are the most frequent targets of violence. In 2015 alone 90 trans women were murdered, and that’s just the ones that were reported. Despite, or perhaps because of this, gay men end up taking a larger piece of the visible community than its other members.

The evidence is clear in our day-to-day lives: you’re more likely to find a gay bar in your community than a lesbian bar, and you’re certainly more likely to run into either of those than you are a bisexual or trans establishment.

Our community is much broader, much more diverse, and expands far past the word “gay.” Calling us “the gay community” puts a hyper focus on the one part of our community that already gets the majority of the limelight and ignores the parts that need the most attention. And this spread of misinformation leads to situations that allow people to make erroneous assumptions about sexual identity in general.

If I have sex with a woman, it does not make me gay. As someone who identifies as female, it doesn’t even make me a lesbian. When I was out with a previous partner, however, perfectly well meaning individuals would say things like “Ooh, you’re our first lesbian guests here!” or “It’s so nice to see gay couples out and about, acting like normal couples do.”

There’s a lot of things to unpack in these two comments, but the primary takeaway is the assumption that us both looking like women made us gay or lesbians. My partner was actually bisexual, and I identify as queer. Most people are familiar with what bisexual means, but ‘queer’ is a broader term that can be adopted by anyone who feels like they exist outside of the societal norm when it comes to sexuality.

When you bypass the temptation of simply referring to us all as gay you also increase the likelihood that you’ll become more aware of the nuances of the trans community. You may learn that someone who appears to be female or male or androgynous may not identify by the pronouns you’d assume they do. And as you learn more about pronouns and transness, you may learn about identities you hadn’t even imagined existed, identities that don’t exist on movies or in pop culture like transmasculinity or gender fluidity.

You may learn that the opposite of being trans is being cis (someone who identifies with the sex they were born as), and that the gender system we thought existed on a binary scale is more like a really dense bush covered in hidden branches that even our own community is still learning about.

Though they can be a bit of a mouthful, LGBTQ are more inclusive acronyms to use in general. But if you’re talking about a specific person, your best bet is to refuse to assume. It goes against our nature, I know – we love labels and it’s hard to go without creating one. If you have a friend who you know is female and they are dating someone you also know is female, the only label you can safely assign their sexual identity at that point is “my friend is dating a woman.”

It’s been well over a decade since my highschool years of shrugging off being called gay. With age has come knowledge, self assurance and confidence that I lacked as an awkward teenager, and with time has come a broader global understanding of queer issues. Now when someone calls me gay I gently correct them with the right term. Their mileage definitely varies, though most either adapt the term I’ve provided or ask questions like “Oh, I haven’t heard that one. What’s it mean?”

A small handful will roll their eyes and scoff. “Pansexual? Isn’t that just for hipster bisexuals?” A little education often goes a long way, but some people are determined to stick to the wrong terms they find most comfortable.

Which is why this is so important; unless you’re talking explicitly about gay men, please don’t use the term ‘gay’ as a catch-all for our community. It’s an understandably easy mistake to make, and thankfully it’s one that’s just as easy to fix. And it’s a fun one to fix, too. Think of everything there is to learn about how people function and interact, how much there is to discover about ourselves.

The universe of gender and sexual identity is a broad spectrum of really cool new discoveries that are unfurling as we speak, and you’re personally invited to explore each and every corner.

Comment: What are your thoughts on putting sexual identity labels on people?