Is Healthy Perfectionism A Real Thing?

Flawlessness has its drawbacks.

See that woman over there?

She’s ambitious and wants to make her dreams a reality, whatever they may be. She wants it for herself, but also to prove to others around her that she can make it. Maybe she hasn’t admitted it yet, but she’s seeking approval from the world around her.

She sets impossibly high standards and mentally punishes herself when she doesn’t accomplish everything on her ‘to-do’ list. When she gets knocked back from progressing, she tells herself it’s her fault; she’s ashamed and embarrassed to even be trying. And the whirlpool of toxic thoughts begins to swirl.

Sound familiar? This is perfectionism – at least one flavor of it – a never-ending treadmill for those of us who take improving throughout our life to the extreme. The chasm between who we think we are and who we want to be feels infinite. But, according to those who prescribe to the theory of so-called ‘healthy perfectionism’, the endless pursuit of flawless achievement isn’t necessarily a bad thing, exhausting and stressful as it may be.

The one trait both types of perfectionists share, is striving to improve oneself and be their best. But from there, the two diverge.

A traditional perfectionist is excessively self-critical, sometimes to the point of self-abuse. They are great at setting goals, but not achieving them, because their ‘best’ is unachievable. Progress isn’t satisfying, and failure is debilitating, to the point they fear it more than they desire betterment.

When conventional perfectionists make mistakes, it feels catastrophic. There’s a tendency to dwell on those past mistakes, feel shame, and then avoid situations where such failure could happen again. They worry about disappointing others around them, perhaps because they’re often disappointing themselves.

On the other hand, healthy perfectionists are said to be adaptive. When faced with failure, they don’t blame or beat themselves up about it. They don’t feel like their life is doomed when things don’t flow according to plan. They set priorities and devote time to them because they genuinely love striving towards excellence. They acknowledge their successes, even if it’s slow progress. They’ve found the magical balance between self-acceptance and ambition. 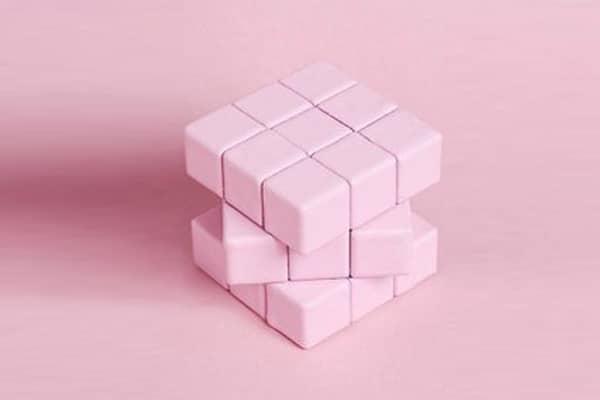 As an example, imagine a master painter. Let’s say she’s happy with her work for the sake of the allegory. The main difference between her and a typical perfectionist is self-satisfaction. She works hard, but feels pleased with her work, while the other is constantly fiddling with the final touches only to experience endless frustration and self-flagellation.

Professor of psychology registered clinical psychologist, Dr Paul Hewitt has studied perfectionism for more than 25 years and says there’s a distinct difference between the desire to excel, and the desire to be perfect.

Hewitt shares the example of an ex-client of his; a depressed university student who was convinced he needed to get an A+ in a particular class. After studying hard and acing the class, Hewitt noticed this patient was even more depressed and suicidal than before.

“He proceeded to tell me that the A+ was just a demonstration of how much of a failure he was; [The way he saw it was] if he were perfect, he wouldn’t have had to work so hard,” Hewitt explains.

Someone who can accept they did the best job they possibly could isn’t a perfectionist at all. Yes, they strive for excellence, quality, good results, but anyone who has found balance between self-acceptance and ambition also would know that perfection is one of the greatest mirages in modern life.

That being said, what I’ve appreciated from the rise of so-called healthy perfectionism is the breakdown of what a healthy motivated person does, versus my own self-destructive behavior. I can more clearly see the goal and it’s stationary, unlike so many others that I kept moving further back to deny myself the chance to feel good about myself.

Growing up, I loved to play the piano. But painfully shy as I was, recital time did not go well. My hands would shake, inevitably making mistakes. Then I’d berate myself for weeks afterward, despite my family and teachers congratulating me on my performance. In my mind, they were obligated to say that, obviously.

At university on a music scholarship, I practiced more than ever. At my first recital, I still had to nervously pee a dozen times before taking the stage, but when I did, I relaxed. I’d prepared for that moment and the muscle memory kicked in, leading my fingers to precisely the right place. For the first time, I enjoyed performing. I walked off the stage feeling like something magical had just occurred. I felt satisfied.

It’s still the only performance I ever felt like I played my best. It wasn’t the best ever in the entire history of the world, but for once, I felt that I was enough.

To me, this is a success story; my little glimmer of hope that I can let myself relax enough to enjoy the things I’m passionate about, instead of torturing myself over them. Does that mean I’m learning to settle for less? More self-accepting? Or perhaps I’m finding my own way from the destructive, self-abusing form of perfectionism of Hewitt’s clients, and slowly moving towards a new way of thinking; healthy perfectionism.

Images via pexels.com and favim.com.

Comment: Do you think there’s such a thing as ‘healthy’ perfectionism?

Liked this? Stay up to date with everything SHESAID by signing up to our newsletter right here!