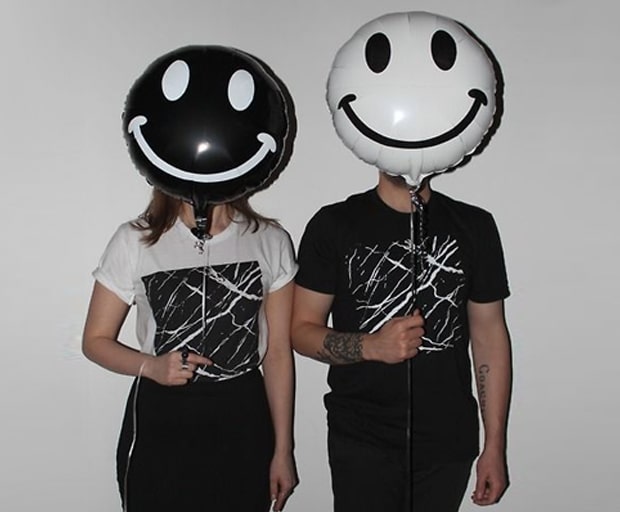 7 Cool Things You Probably Didn’t Know About Your Vagina

Those red flags you ignored can come back to haunt you…

Everyone loves a good wedding. The couple, so in love. The cake, the dress, the perfect hashtag – only a cynic would sneer at the union of two people promising the rest of their lives to each other.

If you’re married, you probably look back on your wedding day with misty-eyed fondness, no matter the circumstances leading up to it, or how happy you are now. Everyone was so happy for you then, as you floated down the aisle. But now? There’s no cute hashtag for life after the honeymoon. Nope, now you’re just another married couple staring down death together. Maybe you’ll have a kid or two in the meantime, or maybe you’ll spend your days fending off rude questions about when you’re going to have a baby.

If your marriage feels like it’s failing, and you’re not sure why, the sad truth could be that you settled for someone who wasn’t quite right for you (or perhaps you settled for each other). Maybe you knew it at the time, and maybe you didn’t. But now here you are, wondering what to do. How did this happen? If this sounds familiar, read on…

In any budding relationship, there are things we can – and should – overlook, and things we must absolutely never overlook: hence, the whole concept of ‘deal breakers.’ But unless you’re a fortune-teller, it’s nearly impossible to know for sure what will be a deal breaker, and what might not be. Things like verbal, emotional, or physical abuse are obvious deal breakers, but other things are more subtle.

Let’s say your boyfriend hates going to karaoke bars, and you love to sing the your heart out all night with your friends. Deal breaker, or no big deal? It might seem like a small, dumb thing – does he really need to be into all the same things you are? – but if you can’t imagine not sharing that part of your life with your partner, maybe it’s a deal breaker for you.

Suppose you decide to overlook it (after all, you’re bored to death going to baseball games, and he lives for them) and down the road, it becomes clear that your karaoke-hating boyfriend is actually a snob who can’t get over himself and have fun. Or suppose you cheerfully sit through 50 baseball games for him, and the one time he goes to karaoke with you, he’s mean to all your friends and completely ruins your night. You could easily look back on that seemingly innocuous line item on your pro/con list – ‘he doesn’t like karaoke’ – and realize it was a huge red flag.

To settle or not to settle?

Let’s face it: most of us end up settling, to some extent.  I mean, we can’t all be married to Ryan Gosling. If everyone held out for their dream person, no one would ever get married at all. Not to mention, do you really think you are someone else’s perfect match? Of course not; we’re all flawed. So it’s a good thing we’re all willing to settle. But it’s important, too, to know why we’re settling.

For many women, settling is a simple matter of biology. Once they hit 35, if they want to have children, the clock is ticking down fast. Suddenly, finding Mr Right doesn’t seem as important as finding Mr Right Now – as in, ready to stop fooling around and start making babies right now.  As psychotherapist Lori Gottlieb wrote in her 2008 Atlantic article, Marry Him! The Case for Settling for Mr Good Enough, which she later turned into a bestselling book, “every woman I know – no matter how successful and ambitious, how financially and emotionally secure – feels panic, occasionally coupled with desperation, if she hits 30 and finds herself unmarried.”

Gottlieb advocates not being so picky – at least, if you want to have children. Marriage, she says, “isn’t a passion-fest; it’s more like a partnership formed to run a very small, mundane, and often boring nonprofit business.” She maintains that she’d “rather feel alone in a marriage than actually be alone…having a teammate, even if he’s not the love of your life, is better than not having one at all.”

Fix it or forget it?

So what happens if you’ve settled, and you find yourself in a marriage that’s no longer working? Do you bail, or stick it out? The first thing to try and figure out is exactly what isn’t working in your relationship. Are you getting upset about things that are pretty much normal everyday annoyances and irritations? Even the best marriages are lonely and boring sometimes; the truth is that there are a lot of sucky things about being married, and they don’t necessarily mean your relationship isn’t worth sticking with.

Michele Weiner-Davis is the founder of divorcebusting.com, and is an expert in helping couples weather tough times. “Creating a lasting marriage is a humbling experience,” says Weiner-Davis. She says that “predictable transitional periods are often misunderstood, causing overreactions,” and that if you and your spouse can make it to the other side, you’ll end up even more in love, and even more committed to each other. Keep in mind that counseling is a must for most couples at some point in their relationship. Talking to someone can help the two of you sort out whether the problem is fixable – for example, a sex-starved marriage can sometimes be rekindled – or whether your marriage has become toxic beyond repair.

If you’re in a marriage where one or both of you settled, it’s worth asking yourself if you were ever in love in the first place, and how badly you really want to be married. Is it better to be lonely in a marriage than to be single, as Gottlieb maintains? Did you overlook a red flag that’s come back to haunt you? Was your relationship once so beautiful and passionate that it’s worth slogging through the muck to recapture that magic at an even deeper and more profound level? These are questions only you – and your partner – can answer.