“This is not a diet. It is a lifestyle.”

The keto diet is all the rage right now, with many devotees showing off stunning weight loss and a whole new kind of life.

Cathy, 33, has always been “an emotional eater.” (And we should never forget the connection between mental health and dieting.)

“It’s hard to get past my addiction,” she says.

Cathy and her husband Jim began the keto diet a year ago, with dramatic results. It’s not just the weight loss, although they’ve lost a combined amount of 200 pounds. Jim has been able to stop taking multiple medications for conditions like gout and high blood pressure, and Cathy — who has Polysistic Ovarian Syndrome — is having normal, regular periods for the first time in her adult life. As Cathy puts it, “This is not a diet. It is a lifestyle.”

“Ketosis is pretty amazing,” says Kristen Mancinelli, a Registered Dietitian and the author of The Ketogenic Diet and the upcoming book Jump Start Ketosis. So wait, what’s ketosis? Let’s back up, take it from the top, and go over what you need to know about the keto diet.

It’s a state of being 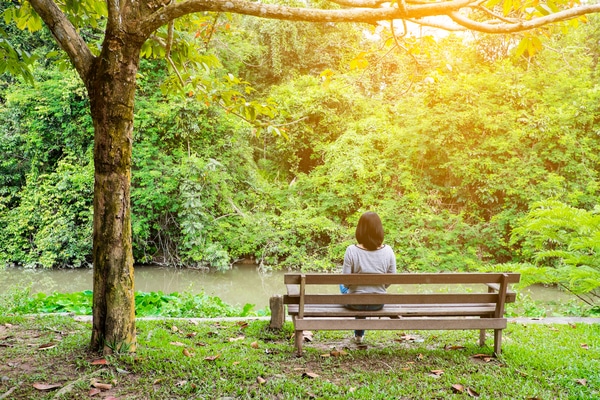 … A nutritional state, that is, “in which fat, not glucose, provides for most of the body’s energy needs,” explains Mancinelli. “The brain functions differently when using ketones instead of glucose, so mental alertness and focus are improved.” Ketones, which your body produces to break down fat when carb intake is seriously reduced, have many functions, says Mancinelli. “Ketones dampen appetite, so you’re hungry less often. Ketones have many beneficial effects in the human body: the ketogenic diet is used as a treatment for neurological disorders including epilepsy, as an adjuvant therapy to cancer treatment, and of course as a treatment for obesity and [being] overweight.” 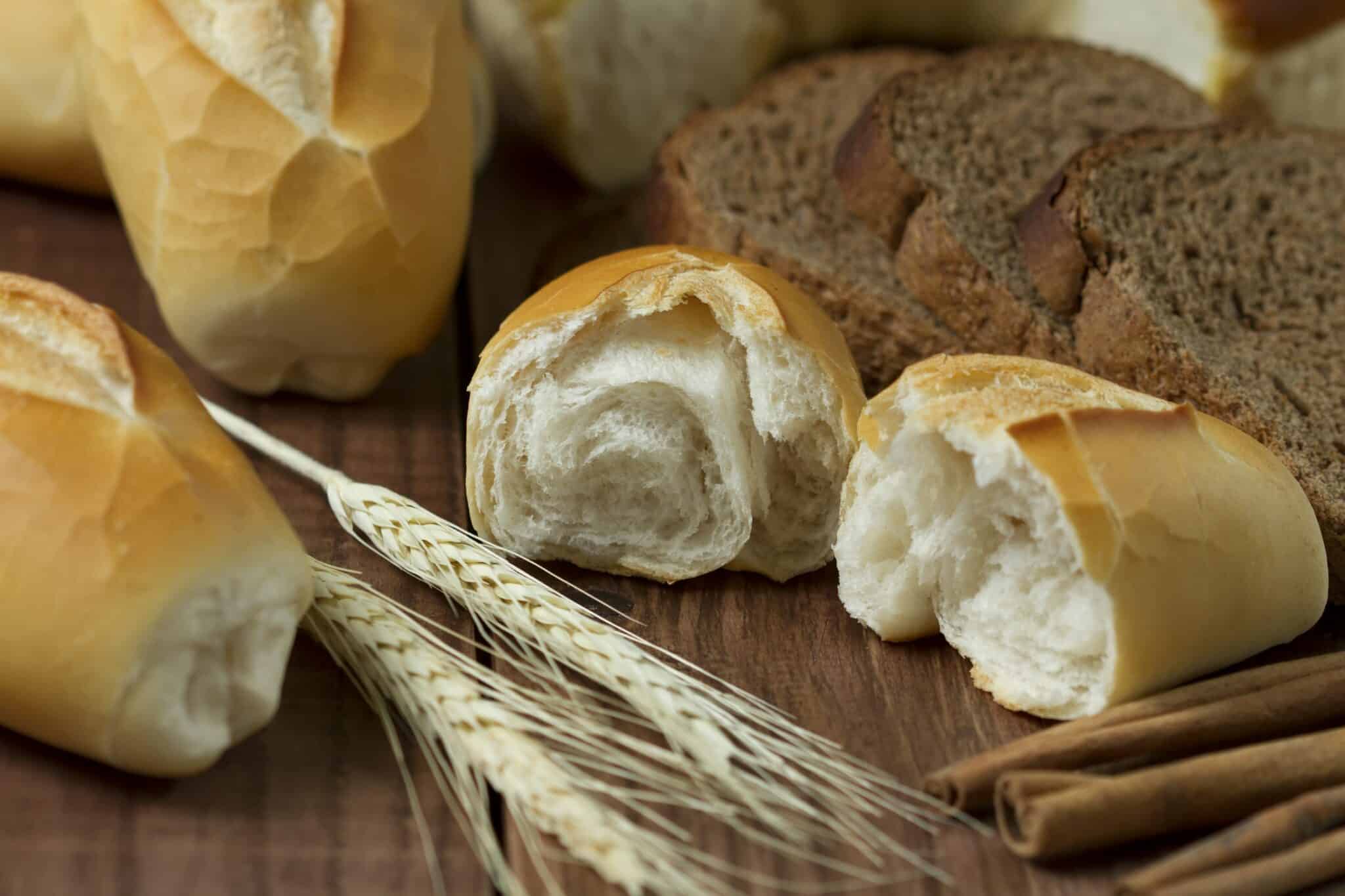 This isn’t like other weight loss plans that involve reducing carbs by, say, opting out of croutons with your salad. “To be ketogenic, the diet must practically eliminate carbohydrates,” Mancinelli warns — and if you’re only thinking of carb classics like bread and potatoes, you’ll need to expand on that. “All vegetables— including healthy characters like spinach, broccoli, cucumbers, cauliflower, and even the fat-rich avocado — contain some carbohydrate,” she says. “A ketogenic diet calls for less than 20 grams of net carbs per day, so a couple of grams here and there really add up!” 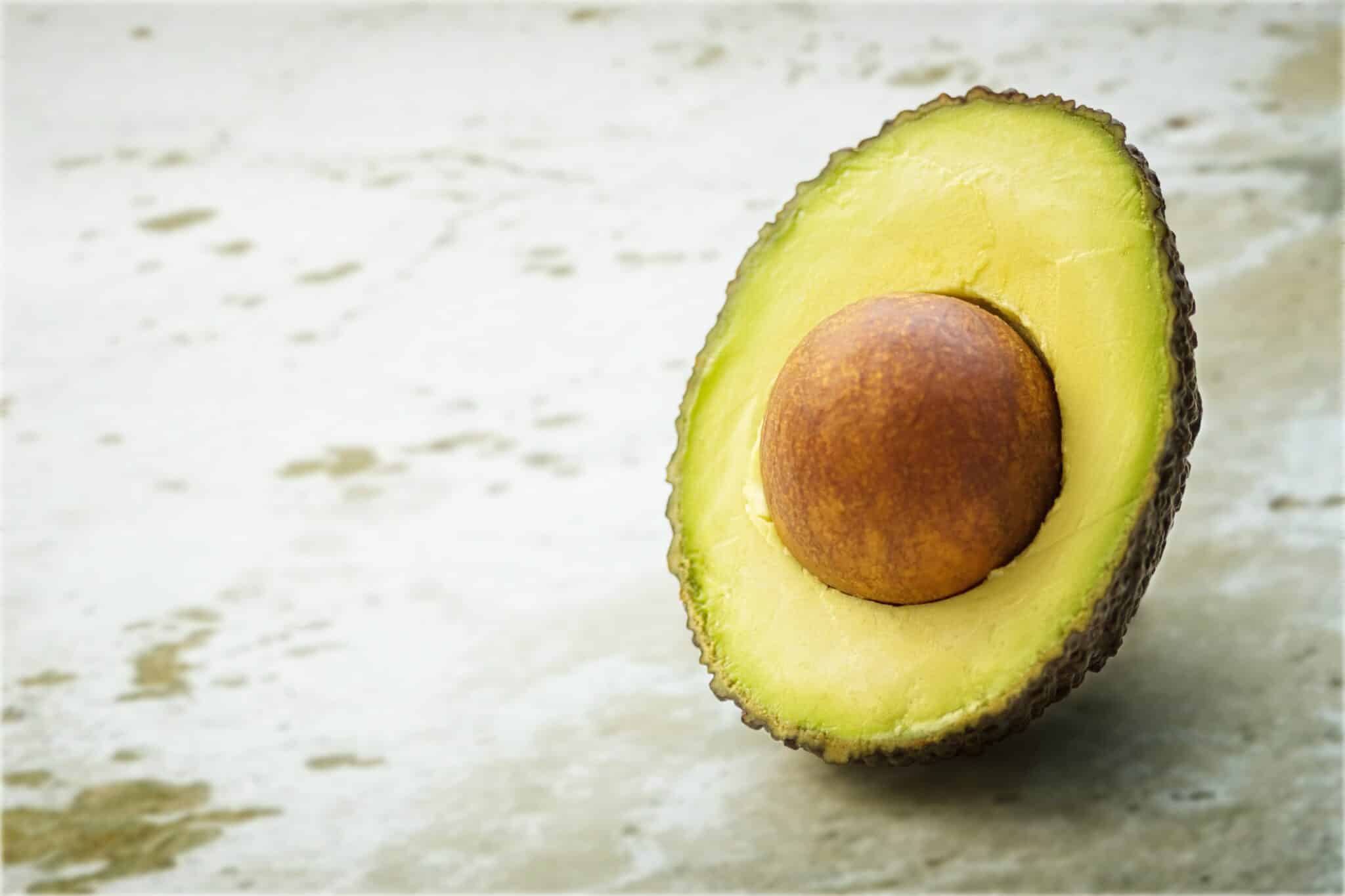 Mancinelli clarifies that “on a ketogenic diet, somewhere between one-quarter and 4/5 of your energy comes from fat. That means you’ll eat avocado, coconut (oil, meat and cream of coconut but not coconut water), olives and olive oil, animal fats like bacon fat or chicken fat, butter, fatty cuts of meat, fatty fish, a moderate amount of full fat dairy without residual lactose (e.g, heavy cream works, milk — even full fat — does not), as well as nuts and seeds. That will be most of your food. In addition you’ll have small amounts of non-starchy vegetables such as broccoli and cauliflower (and other brassicas), leafy greens, salad greens, asparagus, cucumbers, etc.” 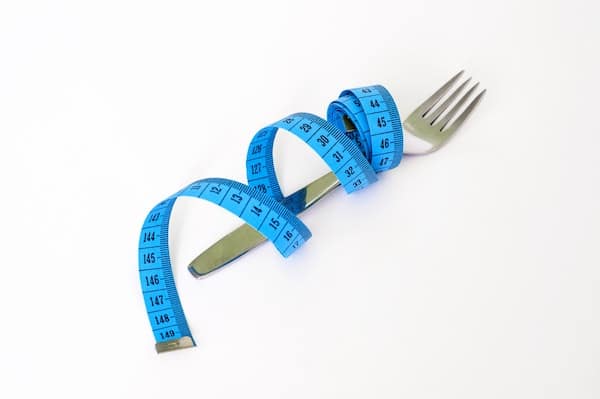 Besides the benefit of the appetite-suppressing ketones, Cathy explains that the option of rich foods have helped her adapt to the diet. “It is naturally satiating,” she says. “It is sort of a built-in fact that in all diets there has to be a deficit in calories. Keto is the same, but with this diet you can eat rich types of foods that help you psychologically deal with less without being hungry.”

Moreover, staying in a state of ketosis makes eating feel less like a compulsion: “I am eating because I need to eat and it is not a compulsive behavior, it is a necessity.” In contrast, Cathy observes that “when I have slipped out of ketosis, I find that I am looking for the next meal or carb rush. It becomes a priority of the day to seek out when or where my next opportunity for food would be.” 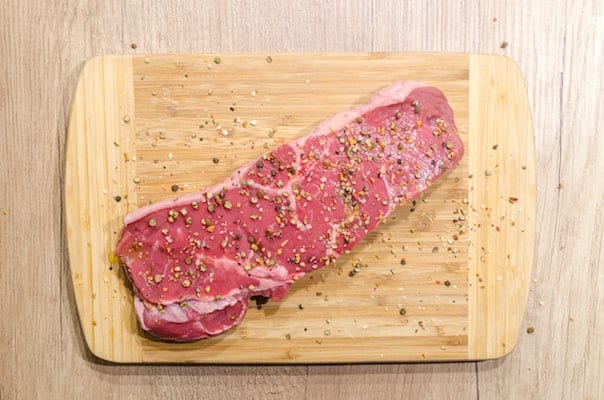 Not all meat is created equally when it comes to the keto diet. “You will not eat large portions of lean muscle meat such as a chicken breast or lean steak, because too much protein can interfere with ketosis,” advises Mancinelli. “Instead, eat fattier cuts like a chicken thigh with skin, or pork belly.” Portion size also matters, she says: “You also can’t eat big portions of meat, because too much protein interferes with ketosis. It’s optimal to eat the amount of protein to meet your needs, which is 1g/kg body weight for most people.”

Know your fruits and veggies 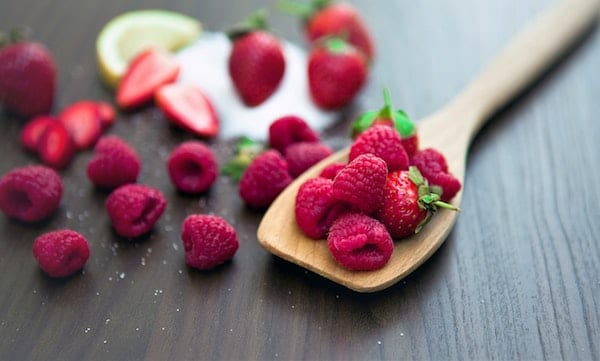 You might assume that you’ve got the green light to go all out on healthy fruits and veggies, but that’s not necessarily true to attain (and maintain) ketosis, explains Mancinelli. “When you’re following a ketogenic diet you are not trying to eat all the foods labeled ‘healthy’.” That means you have to have to limit (or sometimes exclude) items that would be considered okay to eat on a different program, such as chickpeas, legumes, lettuce, broccoli, and berries (“Berries have too many carbs to really fit into a ketogenic diet”). Also watch out for sneaky sweeteners (such as dates or other fruits). 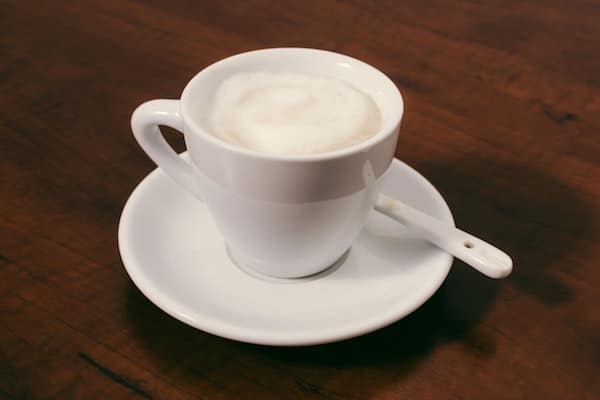 On the keto diet, you’ll find yourself in a kind of bizarro world where cream trumps milk and yogurt as the more weight-conscious option. “It surprises people that you can have heavy cream, but not yogurt or milk,” notes Mancinelli. “The latter contain lactose, a sugar, and therefore can be high in carbohydrate.”

Eating out is hard 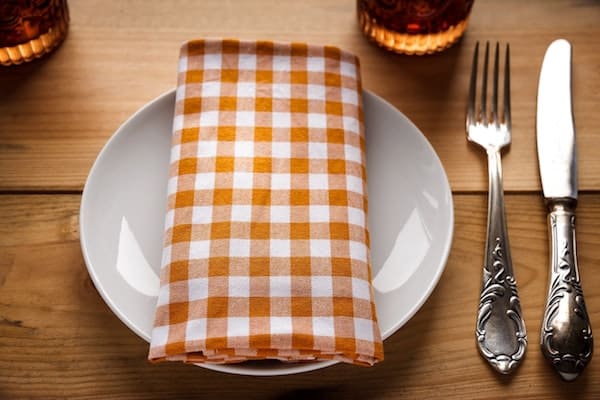 “By far the number one drawback is inconvenience when eating out,” says Mancinelli, and Cathy concurs: “There is really no restaurant options for us,” she laments. “We drove from New York to Indiana and there was no place to stop and eat where we wouldn’t be thrown out of Ketosis.” Cooking your own meals is the best way to combat this issue, but that’s not easy — and sometimes your shopping list will really add up. 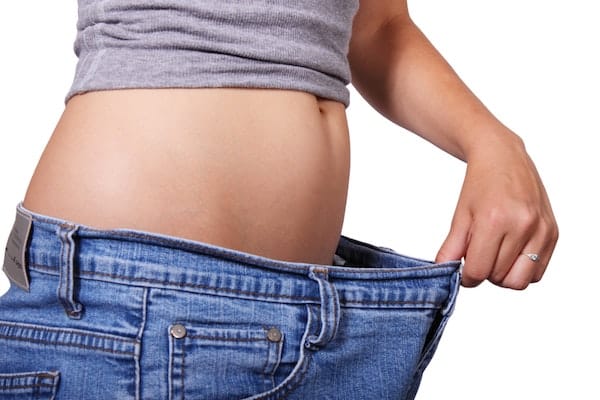 As with any diet, keto carries with it health risks and concerns. In fact, you may get off to a rough start: Mancinelli warns that in the first couple of weeks after beginning, you might feel weak and sluggish. (Some people have dubbed this initial tough time the “keto flu.”) Going forward, understanding and responsibly implementing the keto diet — as well as asking your health provider if there are any health issues that might not pair well with keto and following up with any concerns — is always important.

You’ll also want to explore the potential of taking multivitamins or supplements (such as fiber, if you experience constipation). She also reminds us to clarify our goals when it comes to weight loss: “The real goal is not a number on the scale, but rather a permanent shift in your perspective that allows you to consume only as much food as you need, and only when you are actually hungry, so that your body gets what it needs and you can maintain a healthy weight.”

What happens after Keto? 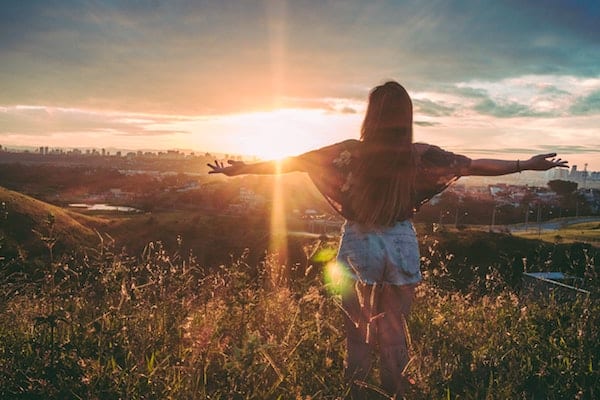 So is ketosis a forever thing if you want to maintain the weight loss you’ve achieved while on the keto diet? “It’s not necessary for most people to stay on a ketogenic diet permanently,” Mancinelli advises.

“However, some individuals who start out obese and lose a significant amount of weight on a ketogenic plan will choose to stay on it, knowing they won’t be able to control food intake if they go back to eating carbs in meaningful amounts. If that’s you, then that’s something to consider with your healthcare provider or, at a minimum, do some serious self reflection about to understand your own limits and what sort of diet will allow you to live your healthiest and happiest life over the long term.”

Images via shutterstock.com and tumblr.com.