Calling all single ladies: do you think you should be dating a certain type of man? Has your family and/or friends conditioned you into thinking you can’t be romantically or sexually interested in say, someone from a different socio-economic group than you?

RELATED: Sex And The Single Girl: How To Survive A Dry Spell

Well, think again: you could be denying yourself an amazing connection and/or a life partner, if that’s what you’re looking for, because love comes in many different guises. You might think you should be only dating white-collar businessmen, while in reality, your perfect match could be a farmer, carpenter or dance instructor.

And while it’s true that dating someone from a similar background to you can certainly make relationships easier in certain respects, if you’re struggling to break bad dating habits like always choosing the wrong kind of man, dating beyond your usual “type” may be the answer.

Relationship counsellors strongly suggest single women try to keep an open mind when it comes to dating and go on lots of dates to find out who and what really blows your hair back. Break the cycle of always dating the same kind of guy; it might be challenging and confronting to try something new, but you never know what might come out of it. In addition, discomfort often equals personal growth. 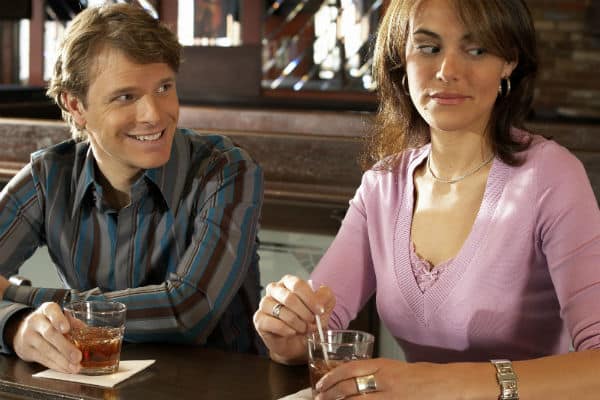 When I was growing up, some of my best friends at the time were taught to only date “white collar” men. I’ve never adhered to this belief myself, despite a middle-class upbringing – in fact, I think it’s narrow-minded bullshit. However, it took me until my late 20s myself to realise dating high-earning IT types really wasn’t making me happy (see dropped pie face pictured above) and so I started to look outside of my usual preferences in a man.

I didn’t change my list of core values I was looking for in a life partner – such as kindness, compassion, self-respect and a strong work ethic – I just stopped having such a strict list of rules on who he might be and where he might work. And the result? I fell madly in love with a professional musician, with whom I’m now married and have two kids.

When we met, his career was taking off and he was just as busy as I was but – more importantly – he was creative, passionate, emotionally available and really into the idea of getting married and having kids too. I had broken the cycle of only dating career-obsessed, white-collar types far more interested in partying, computers and/or making money than in a long-term future with me.

And if we look to a popular fictional example: did Carrie in Sex and the City (pictured) make the biggest mistake of her life, pardon the pun, when she let Aiden – he of the sexy, manly and earthy carpenter goodness – go in favour of suave, but cold Mr Big? Yes, I truly believe so (I’ll debate this until the day I die). Sure, Mr Big is hot and flashy, but Aiden could have given Carrie a lovely, stable future and kids too, if she ever decided she wanted them. 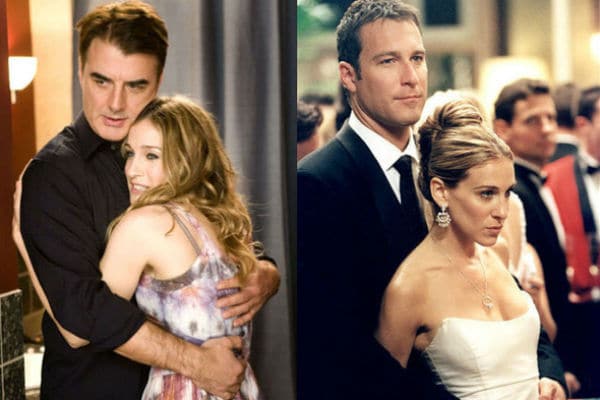 So, are you dating the wrong kind of man, too? Do you know what your goals are and do the men you’re dating actually match this and measure up? Relationship experts say be as realistic, flexible and open-hearted as you can when man-hunting in the dating game and you can’t go wrong.

What do you think? Do you need to date outside of your usual type?