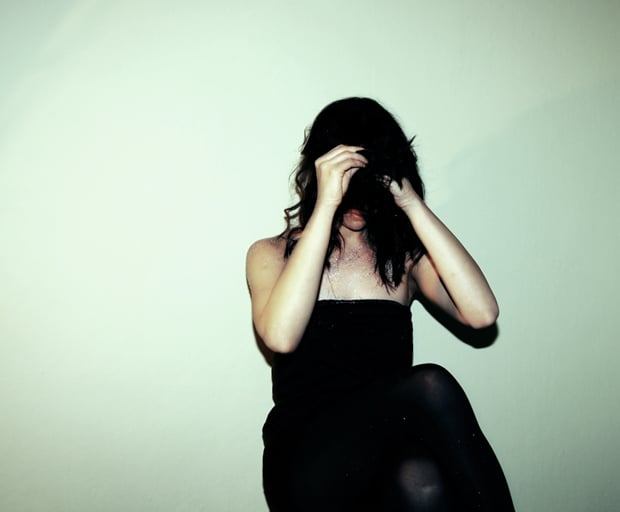 The outside doesn’t always match the inside.

There’s a certain image of a depressed person that we probably all have in our heads. It might be someone who can’t get out of bed in the morning, who goes days without showering, who cuts herself off from friends and family, neglects her children, and fails to show up for work. Depressed people, we think, could be on the verge of suicide at any given time. They just can’t function normally; just living normal life is a challenge.

But there’s a different kind of depressed person who looks much different than that. Someone who has a great job, supportive family, beautiful apartment, stable relationship, lots of friends, and tons of success. From the outside, she looks like she’s winning at life.

But on the inside, she’s unrelentingly critical of herself, feels either irritable or numb most of the time, and is filled with a pervasive sense of sadness that she just can’t shake. She has trouble sleeping and constantly doubts herself. Everyone thinks she has it all together. But that couldn’t be further from the truth. To try and cope, she knocks back a few glasses of wine every night, compulsively overspends on shoes and makeup, or secretly binges and purges.

Depression wears many faces; these are just two. And there’s a name for that high-functioning depression described in the second scenario that you’re probably not familiar with…

The mental illness you haven’t heard of

San Francisco-based psychotherapist Annie Wright says the term ‘high-functioning depression’ is simply “a pop-psychology term” for dysthymia. The Diagnostic and Statistical Manual of Mental Disorders, Fifth Edition (DSM-5), defines dysthymia as a mental disorder that causes “depressed mood for most of the day, for more days than not.”

The type of depression that people tend to picture, in which sufferers can’t cope with everyday life, is known as ‘major depressive disorder,’ or MDD, and is quite different from dysthymia. Wright says MDD is “easier and more obvious to spot” because it entails “more severe levels of impaired biological and mental functioning.

People diagnosed with dysthymia will exhibit two or more of the following symptoms: poor appetite, overeating, insomnia, sleeping too much, low energy or fatigue, low self-esteem, poor concentration, difficulty making decisions, and feelings of hopelessness. Basically, someone with dysthymia can still appear to have a very successful life, great relationships, and post plenty of smiling selfies on Instagram – and still be depressed.

How it feels to have high-functioning depression 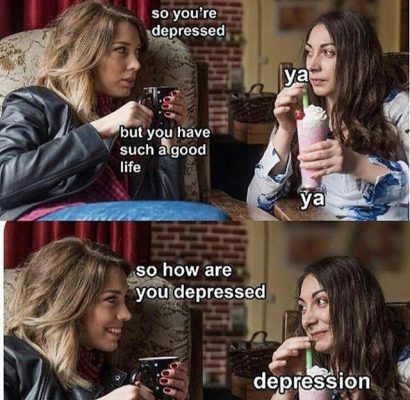 It can be hard to know whether you, or someone you know, has dysthymia, because from the outside, it doesn’t look like stereotypical depression. And, like all mental illness, it doesn’t necessarily have a cause. There doesn’t have to be a reason for someone to be depressed. It’s like having a cold – you just have it. You didn’t catch it for a reason, and you can’t think it away. But, how does it feel?

People with high-functioning depression often struggle with self-doubt and perfectionism. They may feel tired and sad much of the time; their lives seem devoid of joy. They may be irritable and angry, feel guilty over every little thing, and make a big deal out of small incidents. It’s hard to slow down, and they often rely on coping strategies, whether it’s excessive exercise, working all the time, drinking too much, or cycling through relationships at a rapid clip.

Because they seem to be doing fine from the outside, people with high-functioning depression often don’t get the help they need. They’re reluctant to seek it out, and no one steps in to suggest or offer help, because they simply don’t know that help is needed. But it definitely is. Wright says there’s “a unique set of risks” for people with high-functioning depression. One of them is that they “fly under the radar” and don’t get the help they need. “You and those around you doubt the seriousness of what you may internally wrestle with because, after all, your life still looks pretty great from the outside.”

Another is that these people are used to being able to handle everything, and they think they can fix their depression, too. But high-functioning depression isn’t something people can just overcome on their own. In fact, says Wright, “the more you push and ‘will yourself out of it’ instead of seeking proper support, the worse your symptoms may get.” Eating disorders, substance abuse, and major depression are all outgrowths of untreated dysthymia.

How to help, what to do

So if you think you or someone you care about might have dysthymia, what should you do? One thing about people who have high-functioning depression is that they often don’t want to think of themselves as depressed. They may feel they’re just stressed out, stretched thin, having a bad day, or even that they’re perfectly fine and there’s nothing wrong at all. They may bristle if you ask whether they’re okay.

Of course, you can’t force anyone to get help if they don’t want to. But you can share this information with them, tell them you love them, and reassure them that there’s no shame in asking for help, and that you still they they’re amazing and capable and all the wonderful things they are. And if you see yourself in any of this, find a good therapist, speak to your doctor, or reach out to a friend. Yes, you’re a badass. But life can be better – and you deserve to feel joy. Every. Single. Day.

Comment: Have you ever known anyone with high-functioning depression – or have you suffered from it yourself?