Trump’s not the only one…

As the 2016 US election draws ever closer, candidates on both sides of the political coin are campaigning hard to garner any and all last minute support.

The presidential debates have raged, polls are red hot, and of course, Twitter is being its usual crazy hysterical self. Which is somewhat unfortunate for the Democratic front runner, Hillary Clinton, who just can’t seem to stop making accidental butt jokes.

Yep, social media has done it again. In an attempt to be somewhat funny, poor Hillary’s social media team shared a story from NBC News called ‘Hillary Clinton’s Campaign Is Powered By Pizza, Analysis Shows’. The backstory is a Vocativ analysis, which found Clinton’s team had spent $6000 on fast food in the last quarter, two-thirds on pizza. Evidently, they were proud of their eating efforts, and thought the rest of the Twittersphere would be too.

Sounds innocent enough, right? Unfortunately, the team didn’t take into account what the proverbial mobile browser would do to the title display… 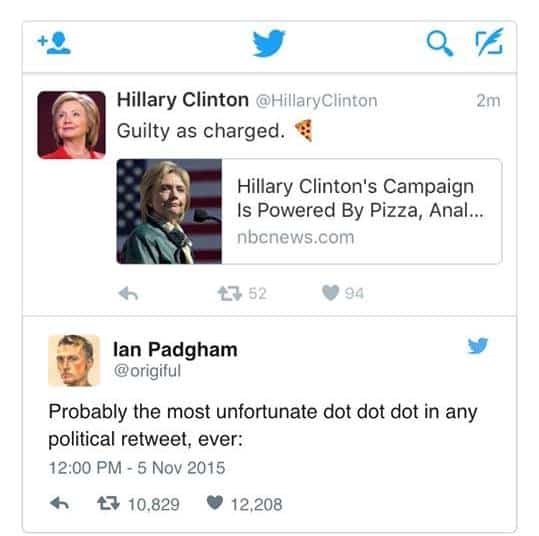 Needless to say, Twitter went a little crazy for that one. 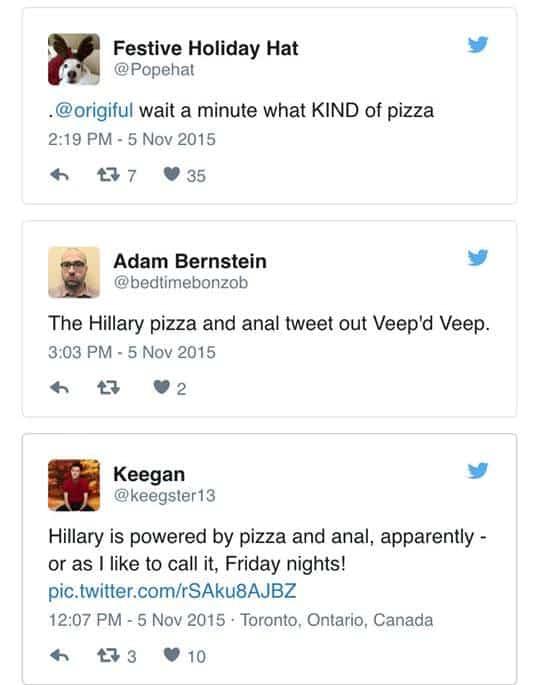 But wait, there’s more! Not only has Hillary accidentally brought up the B yet again since then, she’s done it on national television. In a super duper serious situation. While discussing Jupiter networks during Saturday night’s Democratic debates, Hillary made this rather unfortunate announcement…

In case you missed that, Clinton told voters, “The back door is the wrong door”, once again sending the Twittersphere berserk.

Images via twitter.com and youtube.com.