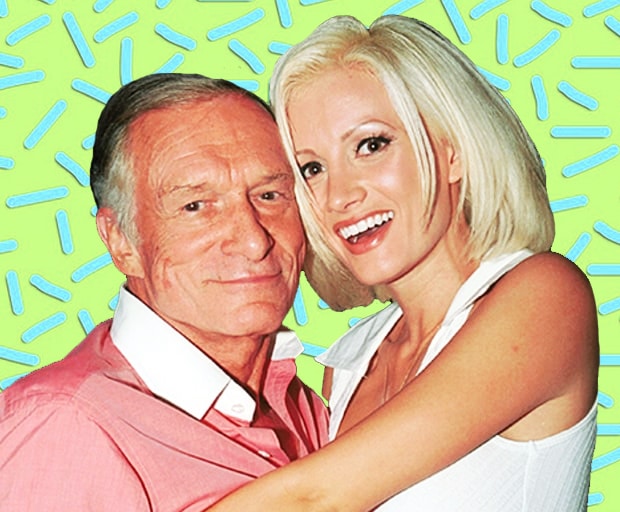 13 Reasons Tie-Dye Hair Is The Dreamiest Hair Trend Ever

Hugh Hefner’s Playboy bunny and previous number one girlfriend, Holly Madison, has broken her silence about the alleged life of lies and manipulation that occurred inside the notorious Playboy Mansion in her new tell-all autobiography, The Vegas Diaries.

Despite being Hefner’s number one girlfriend for seven years, Madison has revealed there was a dark side to life inside the Mansion, where she says she was subject to degradation, exploitation and backstabbing by the Playboy tycoon and the other girls in the house.

“Those people that watched The Girls Next Door thought I was happy with Hef… Hef painted it like some sort of fairytale,” Madison said.

“They think living at the Mansion must have been heaven on earth… [But] he liked to play favorites to keep everyone on their toes. How else could he stay in control of seven women? He needed to somehow maintain the upper hand.”

The now 36 year-old continued on to describe her seven-year stint as a “constant struggle” and revealed the public was ill-informed as to how the bunnies were really treated, claiming Hefner was emotionally abusive, used images as blackmail, and frequently made them cry.

As well as this, Madison says she felt constantly pressured by Hefner to maintain her bombshell image and sell the dream of being a Playboy Bunny.

“I didn’t like being a clone. That was definitely something that bothered me the whole time. But the Mansion wasn’t a place where confidence was built. It was a place where manipulation was used to keep everyone scrambling for their spot in the house… I kept quiet about my life at the Mansion because I was ashamed. I wanted people to believe the fantasy version, because for so long I wanted to believe the fantasy.”

It seems the Machiavellian games Hefner played weren’t the only ones in the house, Madison says the “vicious horde of girls” constantly made her feel insecure about her position, which led her to turn to drinking as a coping mechanism.

“There was so much competition among the other women. I learned not to confide in certain people… The number of times I stuck up for myself in the Mansion I could probably count on one hand,” she revealed.

“I was feeling so insecure, I did the only thing I could think of to help me get through the night – I’d drink. We all routinely turned to drinking out of boredom or to escape our demons.”

Madison isn’t the only bunny who has misgivings about Playboy life. Hefner’s past girlfriend, Kendra Wilkinson-Baskett, who was also a housemate of Madison’s during her time in the Mansion, has admitted to being “embarrassed” by her choice to shack up with the billionaire in exchange for an extravagant lifestyle.

However, after years of feuding with her ex-housemate, Wilkinson-Baskett has refused to validate Madison’s claims about Hefner.

“I’m very appreciative, and I’m very loyal, and he did no wrong. He did no wrong to anyone, and if he did, you know I would be here telling you. If I felt for once that he treated us unkind in any way, I would be right here defending Holly, but I’m not,” the former Playboy bunny said in a recent interview with SiriusXM.

“He’s done zero harm in my eyes…and his intentions were only to make everybody happy. It was just the woman’s choice to be there and fuck him. That’s it. I mean, that was everybody’s choice.”

Despite Madison’s claims about her unhappy years as Hefner’s leading bunny, she’s managed to live a relatively normal life since and says she’s looking forward to a bright future. After marrying author, Pasquale Rotella in 2013, the couple now have a three year-old daughter, Rainbow, and are currently expecting a second child.

Comment: What’s your take on Holly Madison’s claims about life in the Playboy Mansion?