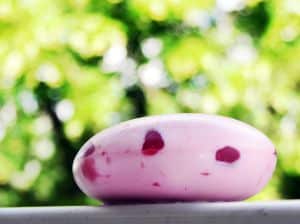 Did you know your washing machine could be as germ-ridden as your toilet? Here’s how to ensure your family’s clothes are bacteria free!

Research reveals that when it comes to washing our clothes, we might as well be doing it in the toilet!

Wayne Thomas, an industrial chemist from Tuwai Specialties, says studies
show bacteria such as E.coli, a germ known to cause diarrhoea, and types of
coliform, an indicator of unsanitary conditions, can live on in washing
machines long after the cycle has finished.

“The same bacteria you find in a toilet can also be present in washing
machines,” said Mr Thomas.

“These forms of bacteria originate from faeces found on underwear and
nappies.

“Not only do they contaminate the current wash, they can also transfer onto
the next wash and build up in the parts of the machine.

“Unfortunately most domestic laundry detergents do not have sufficient
sanitising ability to remove these bacteria.

* The most common cause of washing machine breakdown is built up dirt in
pipes, pumps and filters

* Fabric softeners deposit an oil or silicon residue in the machine, this
increase the amount of dirt that accumulates

Marslie Smits, developer of the Magic range of cleaning products, says you
can keep your washing machine in check by following these simple guidelines: