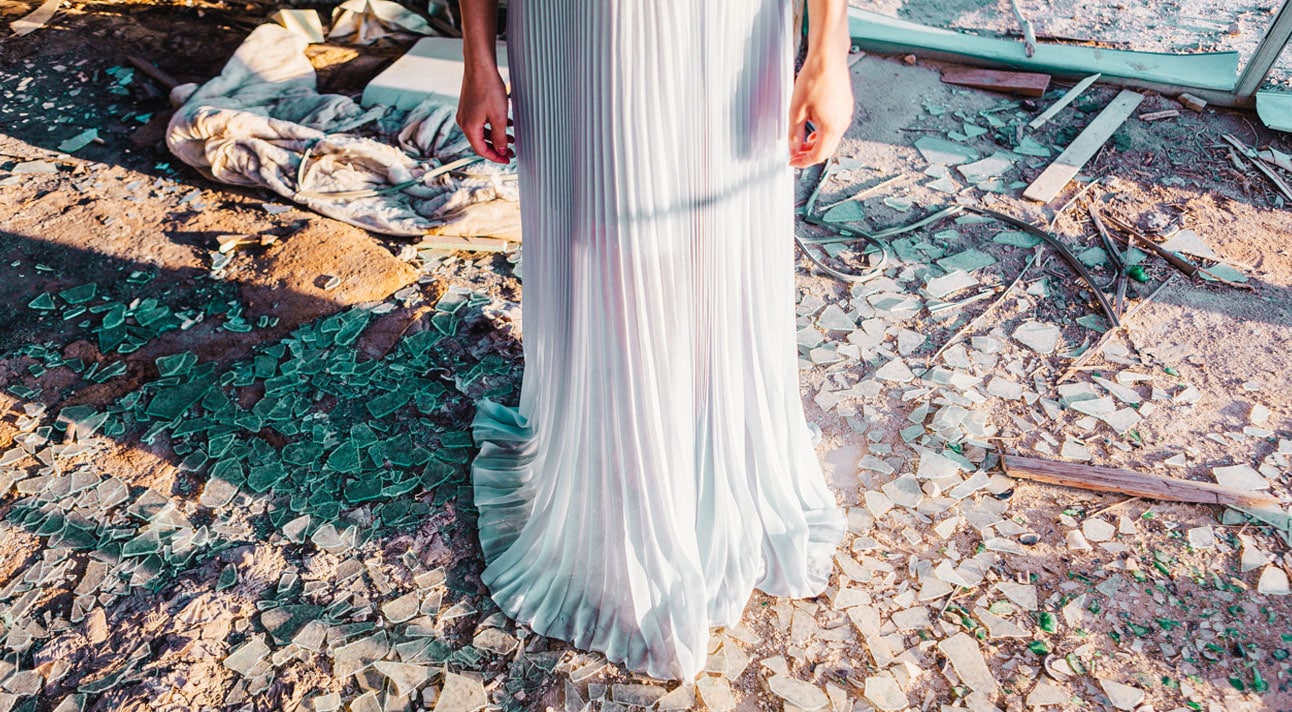 Vulnerability isn’t a vice; it’s the way to live a wholehearted life.

I got dumped in the most epic way. He called on a Tuesday at 3 PM to say he’d met someone he was interested in pursuing (exact words), and before I could even register the Sayonara, he tacked on: “If you have any questions, I’d be happy to answer them.” And just like that, the guy I’d intimately spent the last five months with went from being “my guy” to someone who sounded like he was selling me a desk off Craigslist.

Over the next couple of days, some of the pieces of the convoluted puzzle clicked in place, not that the picture made much sense. He’d fallen in love, he’d never felt this way before (present company included), he was moving to San Francisco.

There was no “it’s not you, it’s me,” no face-to-face closure, not even the chance to run into him at our favorite coffee shop — just a cold turkey split that left me stranded and sinking on a polar ice cap. I was completely lost on how to heal a broken heart. One minute I was in a relationship, the next minute I wasn’t, and it stung.

In past breakups, I did my soul-searching in a vat of Ben & Jerry’s or a bag of cookies and I’d come up for air stuffed but numbed. But not this time. I may not have perfected the picking a mate part, but I was determined to get this heartbreak thing down.

If I couldn’t tame love, surely I could figure out how to escape its carnage. So I turned to the only all-knowing entity I knew: Google.

I typed in my search words (“How to heal a broken heart”) and after a number of clicks and detours, I stumbled on something that wouldn’t only change my outlook but my “inlook,” and pretty much my entire life.

The catalyst was Brené Brown’s TED Talk on vulnerability. For the entire talk — all 20 minutes and 12 seconds of it — I listened with a lump in my throat and tears in my eyes as Brown talked about, well… me. No, we’d never met, but there she was, up on stage labeling and describing things about me I’d never quite been able to put into words before.

She knew me better than I knew me. And not only did she inadvertently define both the joys of my relationship and the anguish of my heartbreak but my snow globe world instantly went from swirling in torment to calmly settling at the bottom.

Now, I don’t want to give the whole talk away, but for you to really get the nitty-gritty layers she peeled back, here’s the Cliffs Notes version:

My first vivid memory of vulnerability happened at a coffee shop. My mom, who was more rocks than roses when I was growing up, barked her usual coffee order: so much cream and sugar that it practically wasn’t even coffee anymore. I could tell that the teen at the counter was thrown off by the lawyer-like way my mom interrogated rather than just spoke to people. No way was he going to get it right.

After the Hiroshima-sized fallout, I watched the boy shuffle away defeated, his visor-clad head slung low. And I knew right then I’d rather be him, the person who stands in harm’s way, than the person who hurls the artillery. I chose vulnerability.

At that time, my vulnerability didn’t have a label, let alone a whole TED Talk devoted to its merits, yet it was always there by my side. I studied painting at college despite excelling in math. After graduating, I became a writer, a job riddled with rejection. And I’ve never been one to shy away from fear, whether taking my first karate class at age 22 or writing my first novel at 32.

The pull to follow my heart was always much stronger — except when it came to love.

When I left for Japan and had to leave behind a college boyfriend, I couldn’t even say the words “I’ll miss you.” They got stuck in my throat like a vending machine snack that gets wedged at the top. And the instances were endless.

Rather than call a guy, I’d sit by the phone willing it to ring. Rather than say “I love you” first, I’d squeeze the words like stress balls in my head. Rather than deal with fizzled feelings at the end of a relationship, I’d cheat or make like lightning and bolt. I was a relationship coward.

But those unspoken words with my college boyfriend also lead to an epiphany. One day it dawned on me that I didn’t regret one thing in my life that I’d done, only things I hadn’t done. It was the kind of smack-you-in-the-face realization that made me instantly want to change the way I related. No way was I going down that guarded rabbit hole again. I would be vulnerable in love, too.

And then Guy came along and everything changed. Our first kiss pretty much sums up my new approach. Guy and I had been casually hanging out for a few months when he asked me on our first official date. I had no idea where we were going, what we were doing, or even what shoes to wear — I just knew he was picking me up and I absolutely had to kiss him.

A fluttery mess of butterflies were doing figure eights in my stomach and a kiss was the only cure. So when we pulled up at the restaurant, I closed my eyes, summoned my courage, and said, “Could we kiss now?” Keep in mind that this was our first date and we’d barely arrived at our destination. Ballsy, I know, but it wasn’t premeditated and I certainly hadn’t come up with a Plan B if I got shot down. I just knew I wanted him to kiss me.

For me, the reward far trumped the rejection, and this time it paid off. He leaned over and the butterflies zigged and zagged before finding Shavasana. And that’s pretty much how the relationship went.

Unfortunately, my vulnerability didn’t rub off on him. Sure, I saw glimpses, like when he’d hug me and press his whole heart into mine or when he’d text kissy face emojis and especially when he looked me deep in the eyes like he was undressing my soul. But in the end, he was more willing to be vulnerable with someone else than me. C’est la vie.

When it all came to a crashing end, the old me wanted to tuck my heart back into its fortress of solitude and keep it safe. But the new, vulnerable me felt overwhelming gratitude for this person who’d come into my life and truly touched it.

And Brené’s talk made me realize why: Vulnerability isn’t a vice; it’s the way to live a wholehearted life.

I felt alive with Guy: open, honest and totally, utterly myself. It was a gift.

Not that the breakup was all vulnerability and rainbows. The other day I was pushing my cart through Whole Foods when something reminded me of him and right there, out loud, I said, “You suck,” like a kind of breakup Tourette’s. And in a moment of weakness (which I’ve renamed a moment of vulnerability), I texted Guy the three words I’d been incapable of saying before: I miss you.

And even though I didn’t get a response, it felt freeing just to say them. Anytime Adele comes on the radio, I turn it up and belt it out while tears trickle down my cheeks. In fact, next to Brené, Adele sums it up best: Sometimes it lasts in love, and sometimes it hurts instead.

I’d like to add that if you’re vulnerable in love, it’s a win-win either way. Take my word for it.

Images and media via tumblr.com and youtube.com.