I wanted to see his life fall apart, but instead, I saw him being happy.

After escaping from my abusive relationship, I would occasionally use social media to check up on my ex.

It wasn’t because I missed him or wanted him back, but because when someone has beaten you down for three years, sexually abused and assaulted you, part of you wants to see their life in ruins.

I was extremely bitter following the breakup. This man had taken everything I had, broken me as a human being, and then, as a final insult, had raped me in my own home. I wanted to see his life fall apart. I wanted to see his misfortune. But what I saw instead, were photos of him smiling with another woman.

Relationships break down for a number of reasons, and naturally, there will be feelings attached when seeing an ex with a new love. I had experienced some of those feelings before; the twinge of jealousy, the reflective ‘what ifs’, the inevitable comparisons between myself and the new partner. But this time the feelings were different than anything I’d felt before.

I hadn’t expected to feel angry. After all, I had escaped. Granted, it was with a crippling depression and PTSD symptoms, but I was alive. The relief of that completely disappeared when I saw him with this new woman.

I was furious because they were happy. It wasn’t fair that he was allowed to move on and be happy while I was going to weekly therapy sessions to deal with what he did to me. I was angry because, from the outside, it didn’t look like he was treating her how he had treated me. It made me feel like something was wrong with me – like I was so weak and meant so little that I was easy to manipulate and abuse.

The initial anger quickly turned into fear, because we used to be happy once, too. I was beaten down so much I can’t remember one happy memory with him, but I know there must have been some early in the relationship, because that’s how abusive relationships work. They call it the honeymoon period because the relationship is so good in the beginning it makes it easier to excuse the cracks when they start to appear and expose the abusive person that lies underneath. 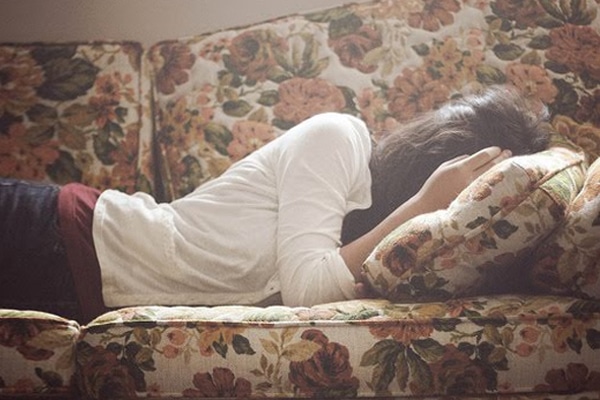 So when I looked at his new girlfriend, smile captured in a Facebook profile picture with an emoji heart as the caption, I felt terrified for her. I wanted to get in my car and drive to her house and plead with her to run away from him as fast as she could. I couldn’t bear to think another human being was going to be put through the horror I had experienced for the previous three years. It dawned on me I hadn’t even considered the possibility that he would find someone else because I imagined he was incapable of love. He had been a monster to me, and sometimes I forget others have never seen his true self.

I wanted to hold her by the hands and tell her everything about him was a lie. I wanted to show her how manipulative he was, how he plays the victim, even after trying to hit you or after being caught cheating. I needed her to see how he believed women’s bodies were his to own and take at his leisure, that if she was with him she would completely lose her own agency over her life and body. I wanted to tell her to leave now, before he warped and molded her until her family and friends didn’t even know her anymore. I wanted to tell her she was worth more than he would make her feel. I wanted to warn her before she became me.

But I couldn’t do it. I knew the hold he had over people, and I knew what he must have been saying about me, and I knew any attempt at a warning would just come across as my being the crazy ex-girlfriend he had painted me to be.

She was in love and didn’t want to hear how he would change her, demean her, abuse her and disrespect her. And I don’t blame her for that. If one of his ex’s have had warned me, I wouldn’t have believed her, either.

I was angry, worried, and disgusted. Most of all, I was frustrated, because I wanted to prevent him from hurting anyone again. And seeing him be loving to another person stung, because he had been so cruel to me.

There are no advice columns or easy Google search answers for dealing with seeing an abusive ex move on. People don’t seem to think ahead that far and assume once you’ve dealt with the relationship issues, you’ll be okay. This isn’t true.

The unexplainable helplessness of seeing your abuser happy with someone else is something countless people have to deal with every day, and it is really conflicting and hard to put into words. People expect you to just be okay with it because you are safe, but I couldn’t be okay with it, because I felt responsible for his new girlfriend’s wellbeing. I felt like if I didn’t try to warn her, I’d have put her in danger; but if I did warn her, she wouldn’t have believed me anyway, and I’d undo a lot of the progress I’d made in my recovery in the process.

I’d essentially unfairly taken on the burden of her safety, which tore me up inside.

I’m still trying to put myself back together one piece at a time, so I’ve stopped looking at both of their social media. It doesn’t help my healing to see him happy, because I still want to see him miserable.

Maybe he won’t hurt this new girl. Maybe they’ll be happy together, and I really hope they are – for her sake. As much as I want him to never experience another joyful moment for as long as he lives, she deserves better. I am not optimistic, though, because I think he will manipulate and abuse women for the rest of his life.

I just hope she has the strength to get away from him sooner than I did.

Comment: Have you ever been affected by an abusive relationship?