How Normal Are Your Sexual Fantasies?

A recent study published in The Journal of Sexual Medicine sought to uncover the most common and uncommon sexual fantasies in men and women, and – perhaps unsurprisingly – found quite a disparity in the results.

The study asked 1,516 people (799 men and 718 women) what they fantasized about, and found that most of us are pretty vanilla, although the nature of what we fantasized about varied dramatically based on gender.

Being sexually dominated – spanking, bondage, forced sexual experiences – was popular among both men and women, but the latter was one of the most prominent fantasies for women (more than 60 per cent) – a fact the researches think links to the prominence of 50 Shades of Grey. However, women were far less likely to want their fantasies realized.

Regardless of the differences, one thing was certain: almost everybody wants oral sex!

Within both sexes, urination (either peeing on or being peed on) is among the least common sexual fantasies.

See more of the findings in this awesome graph made by Reddit user, IronyAndWhine. 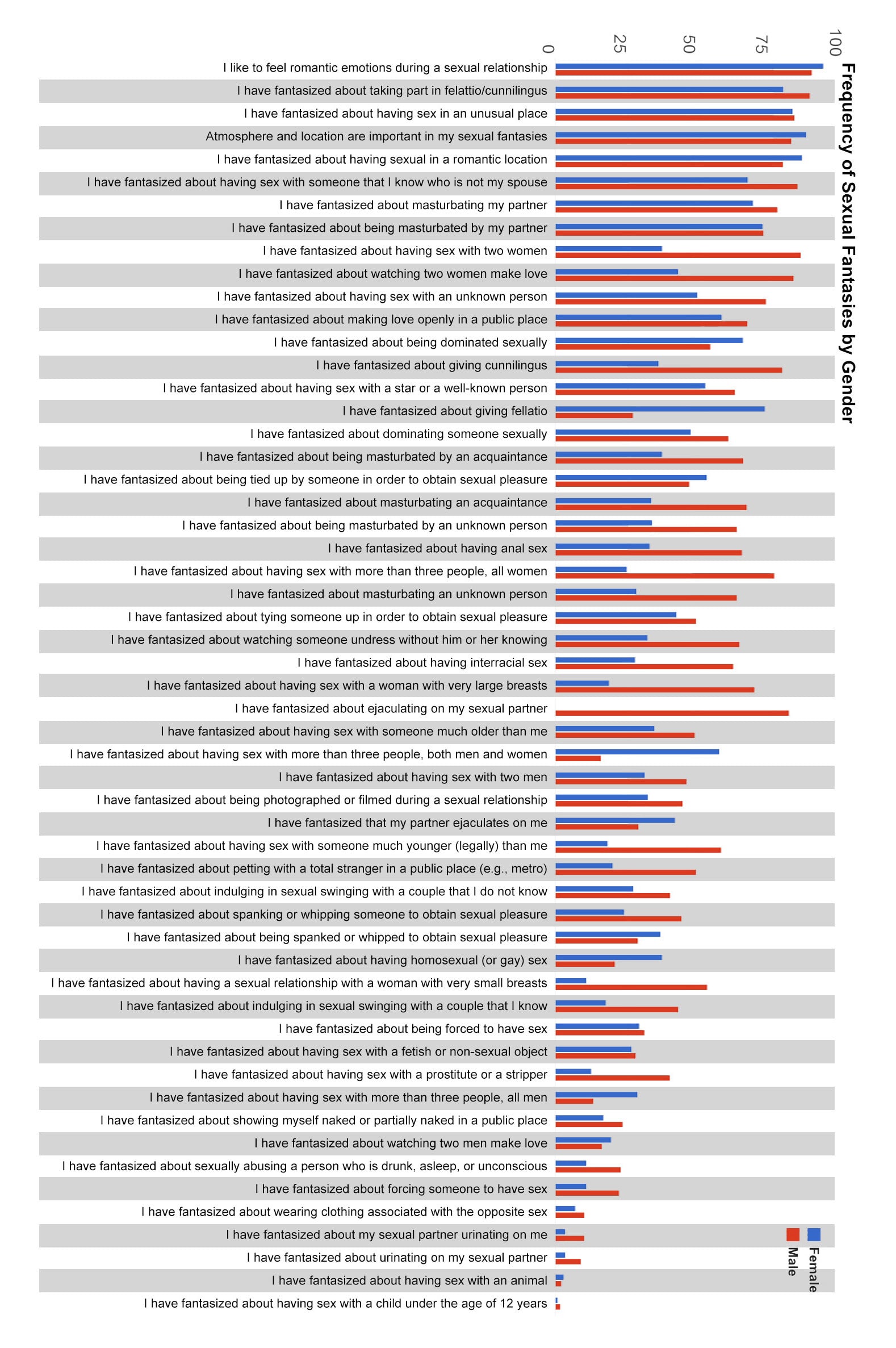