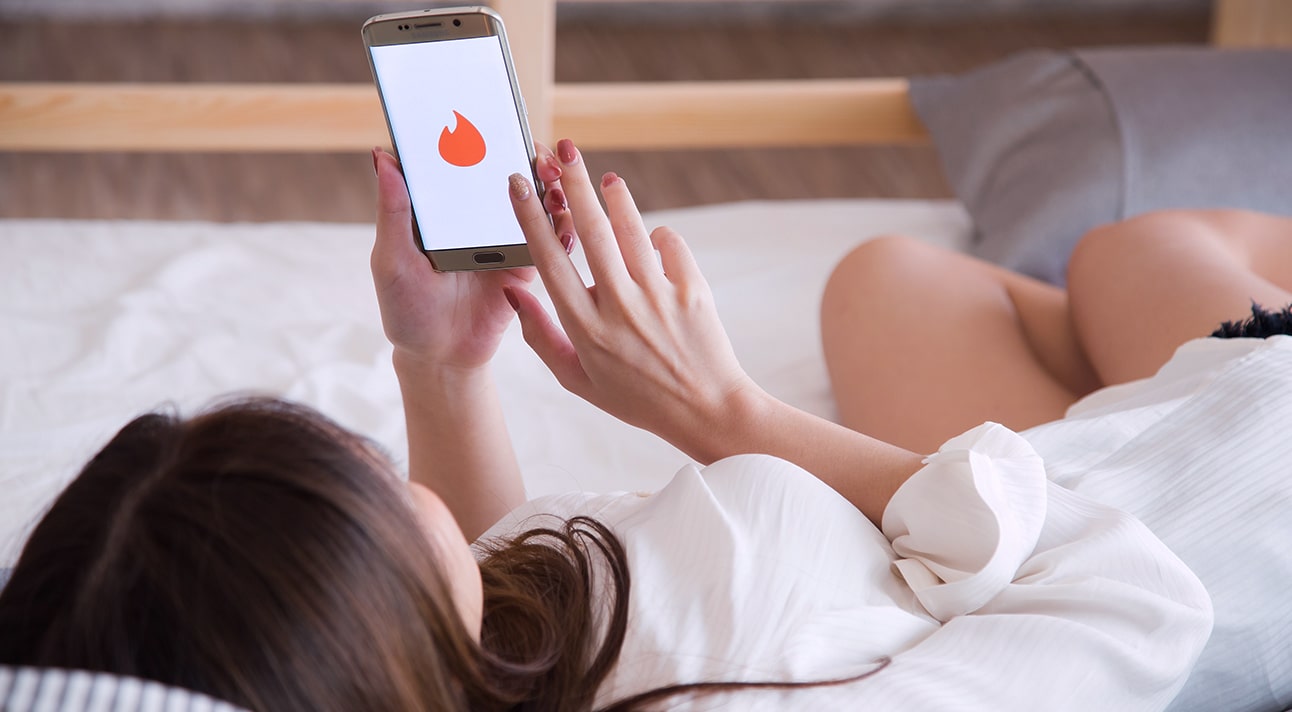 The last time I was single, Tinder didn’t exist.

Now? Well you practically can’t even meet someone unless it’s over the internet, not the least of which because everyone’s faces are permanently buried in their phones. Online there’s so much choice! So many men! So little time! But is Tinder ruining your chances at love?

When I first dived into the dating pool, I was fascinated by apps such as Bumble, Happn and Tinder. I wanted to play, swipe and match my way to my next great love (or at least my next great lay). But after the tenth guy introduced me to his penis before telling me his name, it got old real fast. And it got me thinking: Is all this choice actually leaving us with nothing?

I started to analyse how I felt each time I fired up the app to swipe. Why was I doing it? Was I bored? As I swiped left and right in front of Netflix in my pyjamas, I began to get the uncomfortable feeling this activity had become habitual, rather than a genuine search for love. I still was definitely looking for that special someone, but the actual act of flicking through an unending procession of man photos was becoming something I did to occupy idle hands.

Then it hit me; this felt like gambling on the slot machines of romance. I kept playing, pressing the buttons and hoping for a win. Would I even know if I hit the jackpot? Would I be smart enough to cash out? Or would I just keep going in the hope of making my winnings even bigger?

I started to do some research and discovered my instincts were actually founded in fact. Psychological studies are starting to surface that recognise Tinder’s influence on romance as one of addiction humans are not programmed to deal with.

Clinical psychologist Dr Wendy Walsh told MTV News that our cup running over may not be quite the jackpot it seems. We’re not built to live in romantic abundance and having so much choice is screwing us up, big time.

“We spent 50,000 years roaming the savannah in groups of Homo sapiens of not more than 35 people, maybe up to 40,” Walsh explained. “Most of the people in these groups that we roamed with were related to us … and in our entire lifespan, we never met more than 150 humans.”

Only 150? Geez, I could swipe through 150 dudes in the time it takes me to watch an episode of Younger and eat a pint of ice-cream.

And it seems Tinder is delivering us too much of a “good” thing. “We’re not programmed to be exposed to so much sexual opportunity,” Dr Walsh said. “We’re also programmed to get really excited about a new [sexual] opportunity because it used to be rare. So you put those two together and you see that that’s why there’s an explosion of online dating.”

And why no one seems interested in cashing in their chips and actually settling down with someone.

There’s always a bigger, better deal to be found at the swipe of a fingertip. On top of all that, we humans totally suck at impulse control. We’re hardwired to follow our urges in an almost primal manner. That’s not to say we’re unable to stop getting naked with others at the drop of a hat… more that when given an excess of something we used to be programmed to value, we indulge.

Dr Walsh explains it with a brilliant food analogy. We’ve evolved to crave the deliciousness of sugar, fat and salt because of how scarce it used to be. We’d gorge on it whenever we found it because we needed it to survive and had no idea how long it’d be until we had any more. But now we live in the times of all-you-can eat buffets, 99 cent burgers and unlimited soft drink refills… and still we gorge. #nowillpower.

When it comes to dating, Tinder has literally delivered “all you can eat” right to your phone (pun intended, not sorry). Welcome to the sex buffet.

“In our anthropological past, the pheromones of our brothers and cousins and uncles smelled not attractive,” Dr Walsh said. “So if a new hunter walked into our encampment and he did not possess the genes we had, he smelled very delicious … We couldn’t keep ourselves off him. Now translate that craving into modern-day opportunity where a sexual conquest is a thumb swipe away.”

When we have few choices to make, we can easily decide and move on. When we have too many choices, we get all indecisive and can’t make up our damn minds; this is known as “the paradox of choice”. Lots of options leads to people freezing up, getting confused, walking away altogether or being unhappy with what they do choose. So when an addictive app like Tinder comes along and encourages people to gamble on their future and to keep on playing, the house always wins because we’re so reluctant to cash out.

We keep dating in the hope of meeting our perfect match, sometimes seeing several people at once, safe in the knowledge that if it doesn’t work out we have plenty of backups.

And I hate it.

I long for good old-fashioned boy meets girl, rather than boy swipes right on 150 photos of girls, and messages 10 of them at once. Tinder is brilliant if you want to play the field and keep your options open but if you’re looking for something lasting, you’re literally fighting against biology and evolution. And that’s bloody exhausting.

So yes, psychology says Tinder is ruining your chances at love. In trying so hard to play the game and hedge your bets to win, you could be possibly folding on a winning hand.

Comment: How have apps changed the way you date?