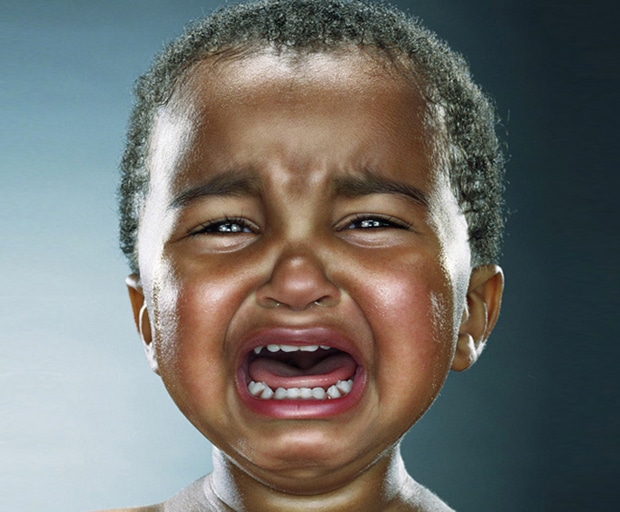 11 Reasons To Go Bronde This Season

Also known as: how not to make everyone on an aircraft plot your murder.

Imagine being on the receiving end of a Regina George style, “You can’t sit with us”, only from the equivalent of 400 plus mean girls, simultaneously.

Welcome to flying with children, where no one wants to sit near you because kids on planes can be annoying. To say the least.

I’ve flown alongside howling babies, seat-kicking toddlers and tanty throwing pre-teens combusting because their parents forgot to charge the iPad. But, I’ve also flown with verbose and spectacularly obnoxious drunks, people with personal hygiene so bad I’ve come close to retching, and one particularly charming fellow who verbally abused my “snot-faced spawn” while they were quietly taking their seats. In each case the kids were just acting their age. The adults? Not so much.

Long-haul flights are stressful enough without adding a wriggly, impatient and frequently irrational kid to the equation, but boarding a flight to be greeted with death stares can feel like you’re stepping into the seventh circle of hell. The good news? Having clocked up a few hundred thousand kilometres with my own offspring, I’ve learned it doesn’t have to be difficult. In fact, my kids are so well behaved in the sky that I often consider living on a plane.

So what’s the secret?

First of all, ignore the eye-rolling haters. Your children have as much right to be on board the flight as they do. And if you act worried, your kids will react. Equally, I implore you not to act like an idiot yourself by allowing your kids to kick, squeal and encroach into other passengers’ space.

Unless you’re at the pointy end of the plane, and even sometimes if you are, night flights are brutal. If you can help it, don’t add to the torture by assuming your kids will sleep through it. They wont.

If you are travelling with a baby, be prepared to get your boobs out. No, not for the entertainment of other passengers – sucking during take off and landing helps reduce the pressure in babies ears that can lead to discomfort and tears. Older kids can skip the boobs and chew on gum or a snack. 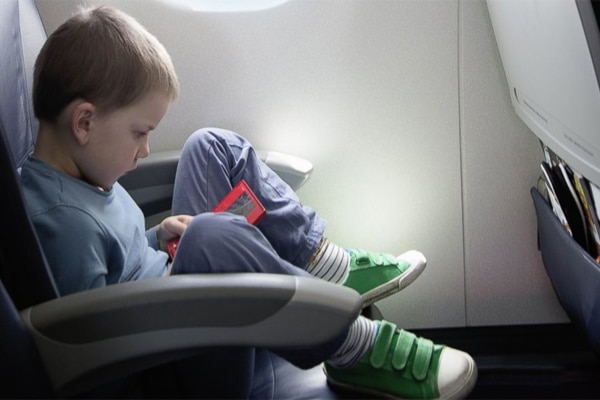 Sweeten them up, but not with sugar. (Seriously, any parent who offers sweets as a mid-flight bribe to their unruly offspring needs therapy. The last thing anyone needs at 30,000 feet is sugar-hyped spawn.) Share the love. My kids write notes promising to behave which they then tie to lollipops to hand out to everyone sitting in our immediate vicinity on a flight. It not only teaches the kids’ to be considerate but the death stares are soon replaced by doting smiles.

Teach your children airplane etiquette and give them step-by-step instructions on how you expect them to behave before you leave home. It has become second nature to my kids now, but in the early days, rather than bribing them with treats on the plane, I’d bribe them with the promise of one at our destination – if they behaved themselves.

Accept that they won’t be perfect. Long-haul flights can quickly degenerate into hours of boredom interrupted only by moments of whining. Hog-tying them with duct tape or packing a taser will likely be frowned upon by the authorities, so instead arm them with stuff to do. Make sure each child has an ample supply of reading and activity books, pencils, games, a fully-charged iPad with some new movies and apps, and snacks, because their hunger won’t necessarily sync to the airline’s meal schedule and they may not like what’s on offer.

And if all else fails, just remember that once you land you’ll never have to see that cranky git in 17E who’s been sneering at you over his plastic wine glass ever again.

Images via wealthysinglemommy.com and abcnews.go.com.