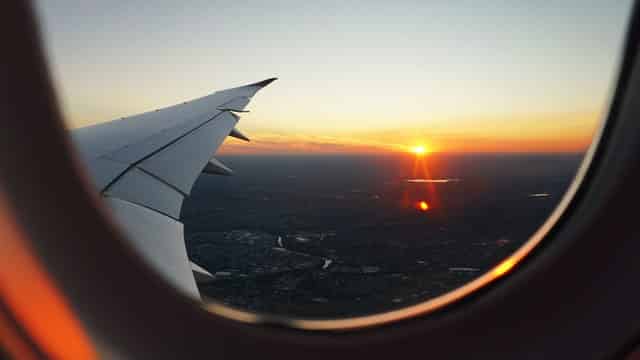 There’s nothing quite like the feeling of stepping off the plane in a new destination. So many new sights to see; so many things to do and experience. You’ve been looking forward to this trip for so long, you can’t wait to get out there and start exploring… Only, your body has other ideas. Jetlag is an unfortunate side effect of travelling across time zones, but it doesn’t have to ruin your plans completely. Travel editor, Ros Layton, shared 8 top tips for how to cure jetlag with us.

How to cure jetlag

The numbing fatigue and exasperating insomnia caused by jet lag can spoil, if not ruin, your long-awaited trip. But there is hope. These strategies can make a difference, not just to help you cure jet lag, but to your wellbeing on your holiday.

Why do we get jet lagged?

Crossing time zones throws the body’s circadian rhythms (the internal clock that tells us when to get up, eat, and when to sleep) out of whack. Without stimuli of light, darkness, or meeting friends for a drink in the evening, our circadian rhythms run on roughly a 25-hour cycle. When this is disturbed by crossing at least four time zones, your body clock will be out of sync with its destination which is why we wake up starving at 3am and are craving sleep at lunchtime. As a general rule, it takes one day to recover from each hour lost or gained.

Moreover, a plane is a very bizarre environment – it’s usually too cold, there’s less oxygen, the air’s dry, you’re sitting for agonisingly long periods of time, stuck next to strangers who usually have chronic BO or a nervous tick, or worse, want to talk to you. Plus we’re reduced to the level of children under the complete control of men and women in bad uniforms, like nannies with trolleys who dictate when we eat, sleep, and watch movies.

The first time most travellers think about the time in their destination is when the captain announces it when the plane’s commencing its descent, but you should start thinking about it way before that. One of the best jetlag cures is to get into sync a few days prior to leaving. This could mean wearing two watches; one set to local time, the other to the time of where you’re going.

My top tip for how to cure jetlag? Live, sleep and eat in the destination time as much as you can. If you find it hard to sleep on the plane, try getting more sleep for couple of days before travelling. If you normally need seven hours a night, try and get nine. That way, you’ve got sleep bonus points you can draw on if you can’t sleep on the plane or when you arrive. Failing that, set your watch to your destination when you get on the plane, and use your imagination to pretend it’s morning when it’s pitch black outside the window.

If you usually have little trouble sleeping on a plane, it might make sense to choose one that’s in the air during your destination’s night, so that when you land you’re ready for a full day. If you find sleeping impossible, fly during the daylight hours of your destination. Flying east generally causes more jet lag than flying west: the body seems better able to cope with a longer day.

Not only is the cabin air low on oxygen, but it’s also desert dry, so it is essential to drink litres of water (some believe jet lag is caused by dehydration rather than disrupted circadian rhythms). A great tip for curing jetlag is to take your own bottles to gauge how much you’re drinking. If you don’t drink enough, take re-hydration salts (from chemists) after the flight. If you find plain water boring, try herbal teas such as chamomile and valerian root, which help induce sleep.

Many QANTAS flight attendants add a few drops of apple juice to their water, which makes the water taste more interesting and prevents the need to pee all the time as the body absorbs the sugar in the juice.

You probably know that you should avoid alcohol on the plane because it worsens dehydration (one drink in the air is equivalent to two on the ground, according to cabin crew). But flying really is so tedious and just one little drink surely can’t hurt. Drink red wine and brandy, which have a soporific effect–that is, they make you feel sleepy.

The lunchbox has landed

Many travellers take their own food–it’s not as weird as it sounds. It does have its advantages: you can eat when you want to; you eat better if you pack a lunchbox full of fruit and vegetables (on some airlines such as Singapore Airlines, you can order a fruit platter in advance), or take carbohydrates such as cereals, which are sleep-inducing.

One long-haul traveller swears that the carrot juice she takes with her is a miracle jet lag cure. Carrots offer the best resistance to oxygen deficiency, but they’ve got to be fresh not betacarotene supplements from a health food store. Some travellers say spirulina, the so-called green super-food also works as a jet lag remedy.

Potentially the most useful jet lag aid is one we naturally possess—Melatonin. Melatonin is a hormone produced in the brain as darkness falls. A synthetic form is sold in US health stores as a food supplement, but it’s not available here in Australia (unless you buy it online through iHerb) so some travellers stock up in the US.

If taken just before bed, it can encourage sleep but, more importantly, it seems to speed up the rate at which the body adjusts to its new time zone. Note: Not everyone is convinced. Some women find it disrupts their periods and others are not comfortable taking a substance that is not licensed.

Temazepam, a short-acting sleeping pill available from your doctor, works well, as does aspirin, which can promote deep sleep. These must be used with caution on the plane as lower oxygen levels increase the potency of drugs. Don’t mix with alcohol, or it could lead to embarrassing Valley of The Dolls-style behaviour! Many flight attendants take supplementary vitamins and vitamin C to counteract jet lag. Others swear by arnica – a homeopathic remedy usually used for bruising.

Getting quality sleep on a full plane is tricky, particularly if you’re in cattle class. The pillows are teensy and are usually nasty synthetic ones, so take at least two small pillows, one for the small of your back, the other for your neck. Alternatively, grab one of those unglamorous (but effective) inflatable pillows to support your neck, and a set of earplugs to block out engine noise and to prevent the passenger next to you trying to strike up a conversation.

Then take your sleeping draught of choice, stick the Do Not Disturb sticker on your forehead or jumper, and settle down. If you prefer to avoid drugs of any description but desperately need sleep, spray your pillow with sleep-inducing lavender, such as this one from Jurlique.

To keep warm, invest in a pashmina wrap. Yes we know they’re on the fashion ‘out’ list, but they are a traveller’s best accessory; they keep you warm, they look good, they make you feel good, like Linus’ security blanket, and they fold up small enough to slip in your handbag.

If you feel sleepy but need to stay awake to get in sync for the time of your destination, a double espresso should keep you going for a couple of hours. But if you’re used to drinking lots of caffeine, it won’t have much effect, so cut down the week before you fly, don’t have any on the plane, and then drink it once you reach your destination.

The best therapy for staying awake when your body is begging for sleep is to get plenty of light as it helps the body adjust to its new time zone. So if you’re exhausted after flying to London, an easy jetlag cure would be to go for a walk, a run, a swim, or book a massage as soon as you arrive. If that’s not practical, switch on all the lights in your hotel room and put some upbeat music on and turn it up.

Sitting immobile on a cramped plane slows blood circulation, so keep moving as much as you can. One of the best tips for how to cure jetlag? Walk up and down the aisle and follow the ankle and neck exercises in the in-flight magazine. You may feel like a goose, but you’ll be glad you did them.

There you have it–8 tips on how to cure jetlag. Let us know in the comments below: Where will you be travelling to next?

3 Criminally Easy Ways To Get A Better Sleep Tonight