How To Hit The P-Spot (And What It Actually Is!)

Here’s exactly how to hit P-spot, and why it’ll take your man’s pleasure to the next level…

The P-spot is a man’s all-important erogenous zone.

Also known as the ‘male G-spot’, it’s located about three-quarters of a finger-length inside a guy’s anus. The ‘P’ in the term ‘P-spot’ stands for prostate gland, which is a hotbed of nerve endings guaranteed to drive him wild.

Sydney sexologist, Dr Michelle Mars says stimulating and finding the P-spot is not as difficult as you may think.

“It’s not so different to finding the G-spot on a woman in some ways. In and up towards the belly!” Mars says.

“It’s a bit further in than the G-spot – around the second knuckle for me – but I have long fingers!” Mars jokes.

How to find the P-spot

“You’re looking for something quite firm, about the consistency of a medium steak. Women can insert fingers or sex toys into the anus,” Mars explains.

Becoming intimate with the perineum (the area between the anus and the scrotum) is one way to extend and enhance sexual pleasure. It’s also a non-confrontational way to have fun with the P-spot.

“There’s a little indentation you can learn to play with and if you do it right you can multiply, extend, delay and generally play with a man’s sexual pleasures. Be aware that it is possible to press too hard!” Mars warns.

If you want to experiment with couples’ sex toys, there’s a huge number out there specifically designed to pleasure his ultra sensitive P-spot. prostate stimulators are designed exactly for this reason and are a best-seller on the male sex toy market, for good reason! 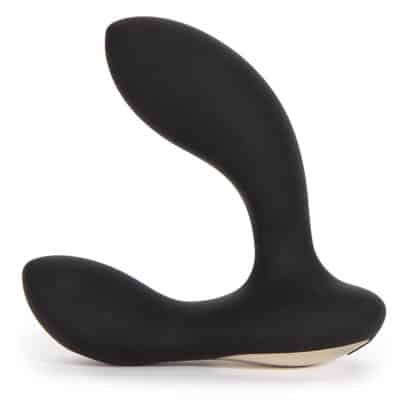 “There are heaps of sex toys available for the P-spot,” Dr Mars says.

“Personally, I think it’s important to go and have a look and invest some time and money and get it right. For first timers, I suggest something small and silicone.” 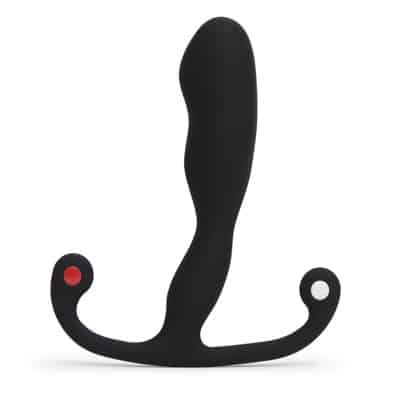 Does prostate stimulation make him gay?

Mars notes that, for many men, stimulating the P-spot can create stress around what it means in terms of his sexual identity.

Mars’ own research for a dating site AdultMatchMaker.com.au saw some 7,631 answer a sex survey. Up to 25 per cent of respondents said they identified as bisexual, while another five per cent said they weren’t sure of their current sexual orientation.

“That’s a long way from the one and two per cent recent estimates for gay and bisexual people,” she says.

“I think Robbie Williams is right, as per his lyric: ‘Everybody Swings Both Ways’ [from Swings Both Ways] or at least, the sex-interested segment of the population is highly likely to.”

Another reason some men may avoid experiencing the orgasmic pleasure that P-spot play can bring, is potential mess.